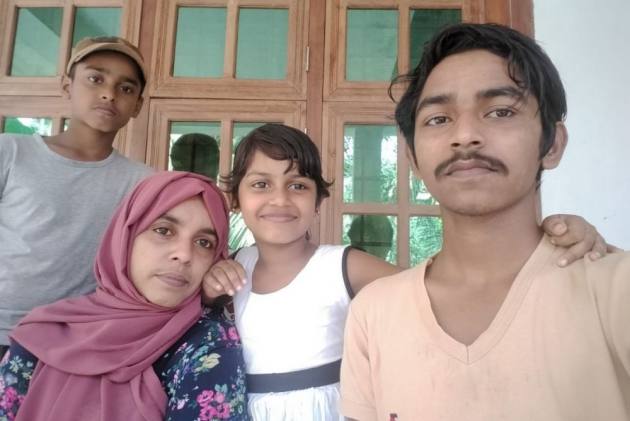 Journalist Siddique Kappan was arrested by the Uttar Pradesh police on October 5, while he was on his way to Hathras to report the alleged gang-rape and murder of a 19- year old Dalit woman. His wife Rahyanath hasn’t heard from him for over a month now.

The family is worried as a Mathura Court didn't allow his friends and family to meet Kappan in Mathura jail where he is incarcerated. Kappan’s lawyers say this has further delayed the bail procedure.

“What is his crime? I want to see him at least once, even if it means through a video call. Kappan is diabetic and we are in the dark about his current health condition. I am losing my will and courage,” says Rahyanath.

An Inconvenient Truth: Support For Arnab, But Ignore The Rest?

Kappan, a Delhi-based journalist and secretary of the Kerala Union of Working Journalists (KUWJ) Delhi unit was working for a Malayalam portal Azhimukham. Kappan, along with three others was arrested from Mathura and the police have alleged that they were conspiring to disrupt peace in the area. All four were booked under provisions of the Unlawful Activities (Prevention) Act (UAPA) and were slapped with sedition charges.

Even after a month of arrest, his bail plea has not been heard. The journalist union filed an application in the Supreme Court last week urging the court to immediately hear Kappan’s bail petition. The union has also raised concerns over the violation of press freedom and denial of justice in Kappan’s case.

The top court is set to hear the application on November 16 says Wills Mathews, KUWJ lawyer. “No opportunity for video-conferencing was allowed and the request for e-Mulakat under the E-prisons system was also rejected. His family members are totally dependent on him and have no other breadwinner to take care of their needs,” the petition filed by KUWJ stated. It also mentions the plight of Kappan’s 90- year-old bedridden mother.

Kappan's wife Rahyanath says she fails to understand why her husband’s arrest didn’t evoke the same outcry as that of the recent detention of Republic TV’s Arnab Goswami. She pointed out that many people have compared Goswami’s arrest with the Emergency period but remain to be tight-lipped about her husband’s arrest. “Why such double standards? The same ministers were silent on my pleas and letters demanding Kappan’s release,” says the 35-year-old.

While the UP police have slapped charges of conspiracy and other terror charges on Kappan, Rahyanath, his colleagues, and friends vouch for the scribe’s innocence. “He was going to report an incident, which was of national importance. In our application also, we have invoked the case of press freedom and his case deserves the presumption of innocence,” says Wills Mathews.

Though the KUWJ had filed a habeas corpus petition on October 6 after Kappan’s arrest, the SC had referred the case to the Allahabad High Court and asked the petitioners to amend the plea. However, Kappan’s lawyers say that they failed to amend the plea after the Mathura Court rejected their request to meet with the journalist.

The lawyers representing KUWJ were denied permission by the Mathura court, when they tried to meet Kappan on October 16. “The Mathura court first asked us to go to jail and meet Kappan there. But the jail authorities insisted on CJM's order. When we went back to the court, they made us wait and our application was rejected late in the evening,” said Mathews.

P K Manikantan, former secretary of KUWJ says the Uttar Pradesh police and the government have failed to ensure justice to his colleague. “We have only heard the police version till now. No one knows Kappan’s side of the story. Police say that he belongs to the Popular Front of India (PFI). But his family, friends, and people who know him swear that he is not a member of PFI, he is a journalist,” says Manikantan.