Sharing two separate photos, one of Rajeev, the other of himself -- joined hands, closed eyes and bowing in front of his father's tomb -- Rahul Gandhi remembered the former prime minister. 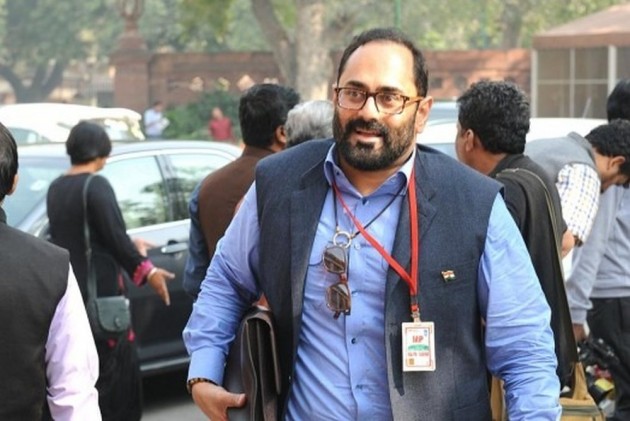 BJP parliamentarian Rajeev Chandrasekhar on Tuesday kicked up a controversy on Twitter after he targetted Congress President Rahul Gandhi over the latter's homage to his father and former prime minister Rajiv Gandhi.

Sharing two separate photos, one of Rajeev, the other of himself -- joined hands, closed eyes and bowing in front of his father's tomb -- Rahul remembered the former prime minister.

"My father was gentle, loving, kind & affectionate. He taught me to love & respect all beings. To never hate. To forgive. I miss him.

"On his death anniversary, I remember my father with love & gratitude. #RememberingRajivGandhi," he wrote.

My father was gentle, loving, kind & affectionate. He taught me to love & respect all beings. To never hate. To forgive.

On his death anniversary, I remember my father with love & gratitude.#RememberingRajivGandhi pic.twitter.com/sYPGu5jGFC

An hour later, Chandrasekhar quote-tweeted Rahul, saying, "I just want to know one thing - who “taught” u this pathological obsessive lying skills?"

Slamming Chandrasekhar, a Twitter user reminded him of a 2014 tweet in which he had mentioned Rajiv Gandhi as one of the leaders he admired.

Several other users on the microblogging site lambasted the BJP MP, with some even questioning his 'civility'.

No wonder you are associated with BJP!
Everyone knows your relationship with your family members!
First Introspect and then comment on others!

You must have given up basic decency after getting Chowkidar Title from your Boss.

Tasteless. But can't use the word "Shocking" as prefix to it because that would underestimate your lack of civility

Are you a human! Asking seriously.