Home  »  Website  »  National  »  Who Next? The Big Fear Troubling Congress After Chidambaram’s Arrest

Several senior Congress functionaries conceded there is the 'actual fear' within the party that P Chidambaram’s arrest may be just the first of several possible arrests of top line Congress leaders. 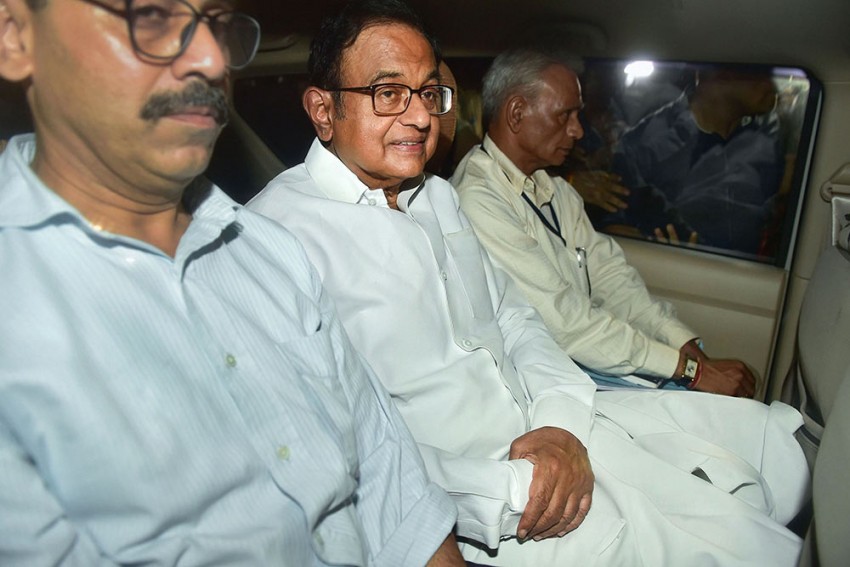 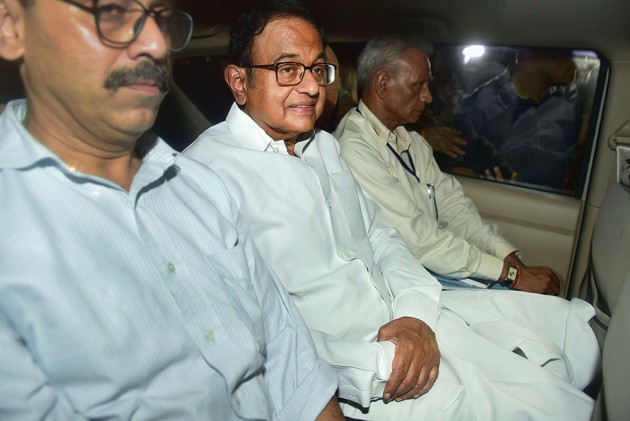 The dramatic arrest of former Union minister P. Chidambaram on money laundering allegations linked to the decade-old INX Media case has expectedly left the Congress party red-faced. The Congress party has unflinchingly stood behind its veteran leader. Rahul Gandhi and Priyanka Gandhi Vadra have dubbed the Enforcement Directorate’s pursuit of the former finance and home minister as a case of political vendetta.

The public expression of solidarity within the Congress for one of its most prominent leaders, however, has another dimension – one that justifies why the party’s most celebrated legal minds – Abhishek Manu Singhvi, Kapil Sibal, Vivek Tankha, Salman Khurshid – are now putting every legal trick up their sleeves to test in an attempt to ‘free Chidambaram’.

Several senior party functionaries Outlook spoke to conceded that the “actual fear” within the party is that Chidambaram’s arrest may be just the first of several possible arrests – or at least the impression of an impending arrest – of top line Congress leaders that agencies like the CBI and ED may now push for. Among them are Congress interim president Sonia Gandhi, Rahul Gandhi, party veterans Motilal Vora, Oscar Fernandes – all awaiting final disposal by the Supreme Court of a tax assessment case linked to the National Herald matter. These leaders are currently on bail in the case involving alleged misappropriation of funds. There's also the lurking possibility that Chidamabarm’s son and Sivaganga MP Karti Chidambaram may face the same fate as his father soon, as he too is being investigated by the CBI and ED for similar offences in the INX Media case.

Officially, the Congress has questioned P Chidambaram’s arrest on ground of legal technicalities – his cooperation with the investigation ever since he came on the radar of the sleuths, the FIR in the case not mentioning his name as an accused, the absence of a chargesheet nailing him, etc. Off-the-record though, they admit that the strong support for the former finance minister is not entirely borne out of admiration or sympathy but of the chaos that the already beleaguered party may be plunged into if the agencies begin to chase the party’s first family with renewed aggression.

Sources within the Congress told Outlook that the pendency of the tax assessment case against Sonia and Rahul Gandhi in the Supreme Court and by the Income Tax Appellate Tribunal (ITAT) gives the mother-son duo some protection from an adverse action for the time being. However, there are other party leaders who “may not have the same luck”, said a senior AICC functionary.

“These are clearly politically motivated actions. Everyone knows that the CBI, ED and other agencies are being manipulated to target Opposition leaders. With the increased mandate Narendra Modi got (in the May Lok Sabha polls), the targeting of political rivals will be fiercer now. Chidambaram’s arrest is clearly a warning to others,” a senior party leader said.

Another party leader Outlook spoke to said that the investigative agencies could “go after” Sonia Gandhi’s son-in-law Robert Vadra more aggressively in the many dubious land deal cases he is embroiled in. “Vadra, it looks like now, will be next. During the 2014 elections, Modi made Vadra’s land deals a poll issue, but the investigations didn’t proceed at a fast pace over the past five years. Then, just before the Lok Sabha polls, the agencies started calling Vadra for questioning,” the leader said.

There has also been a buzz within the party that former Haryana chief minister Bhupinder Singh Hooda’s banner of revolt against the Congress has “something to do with the investigations against him in fraudulent land allotment cases.” A party leader told Outlook that Hooda was “under pressure to break away from the Congress before the Haryana assembly polls due in October” and that “if he decides to stay on and lead the party’s campaign, the perception is that the investigation against him will be expedited.”

“There are over a dozen leaders in the BJP who have a slew of corruption cases against them, but the agencies are not interested in probing them. Many of these leaders joined the BJP in recent years after quitting parties like the Congress, Trinamool or TDP. The cases against these leaders, like Himanta Biswa Sarma and Mukul Roy, were registered when they were not in the BJP. The BJP used to call them criminals. After they joined the BJP, the investigations stopped. What has happened with Chidambaram… a 10-year-old case in which he was not even named in the FIR… it is all political vendetta (sic),” another Congress leader said.

Congress insiders say that putting up a vociferous defence of Chidambaram may also serve another political purpose – that of building up the argument of “political targeting of Opposition through pliable investigative agencies”. A leader said, “in case any other senior leaders are harassed or arrested in the coming weeks or months, the party can then go to the people and say that the Modi government is using CBI and ED to jail all rivals…strengthen the charge of an undeclared Emergency.”

Whether any of these fears of Congressmen prove true or not is anybody’s guess but, for now, Chidambaram’s arrest has certainly shaken up the Congress party, still recovering from the shock of its Lok Sabha debacle. While Chidambaram’s arrest has, so far, not attracted much solidarity from other constituents of the Opposition, Congress sources say efforts are on to get these parties on board to “protest against the use of CBI and ED by the government to lock up political rivals”. After all, several senior leaders of these parties too are facing investigations in various cases or corruption.

Pakistan Says Kartarpur Corridor Will Be Opened In November