The university administration also alleged that JNUSU president and the group 'illegally trespassed the university property with the criminal intention to damage the public property...' 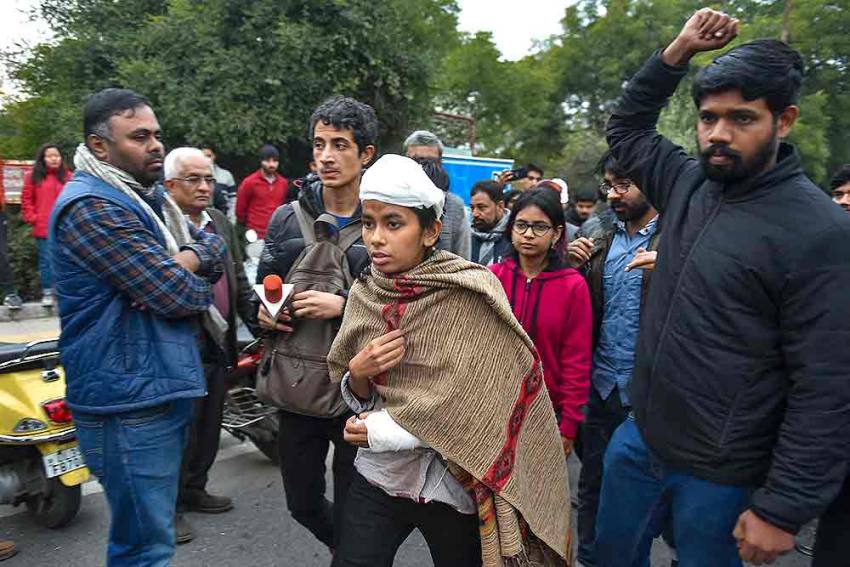 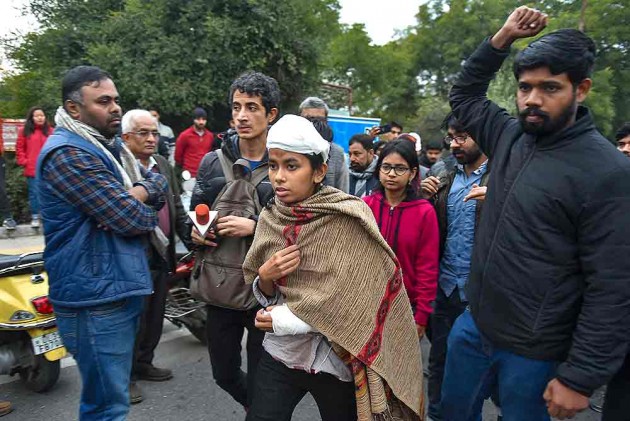 On January 5, while a group of masked men and women -- armed with sticks, hammers and stones -- went on a rampage at Jawaharlal Nehru University (JNU), Delhi Police registered two cases against JNU Students' Union (JNUSU) president Aishe Ghosh on the complaint of varsity administration for allegedly vandalising server room of the JNU and attacking staff members on January 4.

Both the FIRs were filed against Ghosh on January 5.

In the second FIR, the police have named Ghosh and 19 others under sections 323/341/506 and 34 of the Indian Penal Code section 3 of Prevention Of Damage to Public Property Act 1984.

According to the First Information Report (FIR), a copy of which is with Outlook, the Vasant Kunj (North) police station received the information at 20:43 hrs (8:43 PM) about alleged "physical violence, verbal abuse and threats" when efforts were made to open JNU's Communication and Information (CIS) at 6 am on January 4, 2020.

"...since the entire registration process was halted due to the lockdown on the CIS (communication and information) office, an effort was made by the CIS staff with the help of JNU security guards to open the office at 6 am of 4th Jan 2020.

"At this time the following indulged in physical violence, pushed the lady guards, verbally abused them and threatened them with dire consequences if they would open the lock of the CIS office," says the FIR. 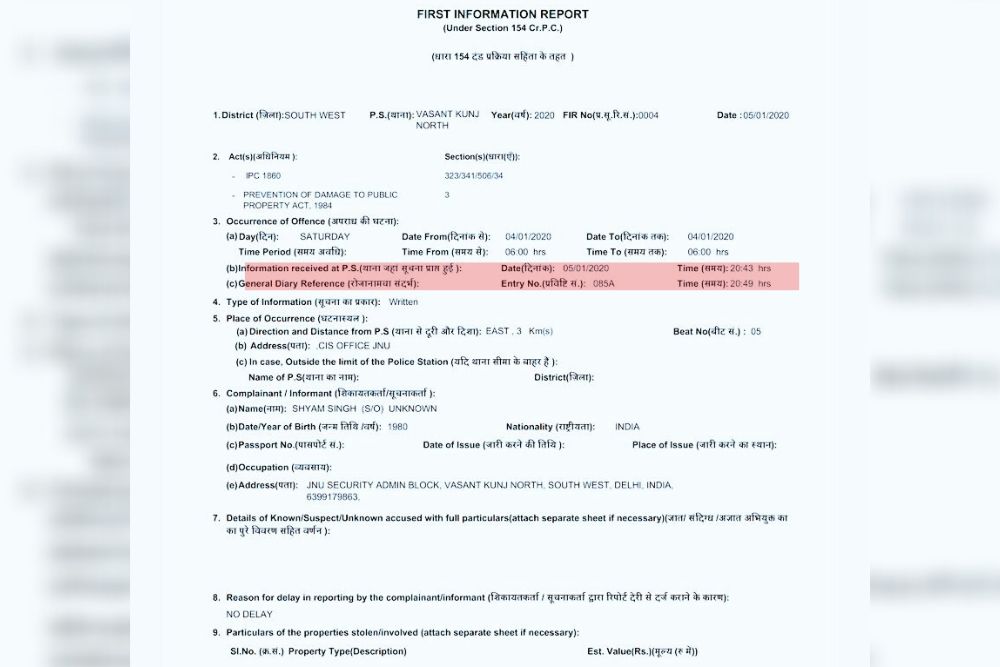 The university has been under a near lockdown as students have been protesting for over two months against a massive fee hike in hostel, mess and security charges which could affect around 40% of the students whose families belong to low-income groups.

The university administration also alleged that JNUSU president and the group "illegally trespassed the university property with the criminal intention to damage the public property once inside they damaged servers and made it dysfunctional and severely damaged the fiber optic cables power supplies and broke the biometric systems inside the room." (sic)

At 8:43 PM, when the police recorded the FIR, there was utter chaos on the University campus, with students and teachers escaping violence at the hands of a group comprising men and women, the number of whom varies between 50-70. Several videos, including one in which Ghosh could be seen bleeding, had circulated on social media and messaging platforms.

The police have not been able to identify even a single masked man or woman from the group that led violence against students, teachers and vandalised property and vehicles parked on campus.

On Monday, the police registered a case of rioting and arson against unknown persons for damaging public property, as well as causing grievous hurt to students.

"We have registered the case based on the PCR calls we received on Sunday evening," an officer told IANS.

"We received calls from 10-12 mobile numbers and we are trying to identify the callers from their mobile phones," he said