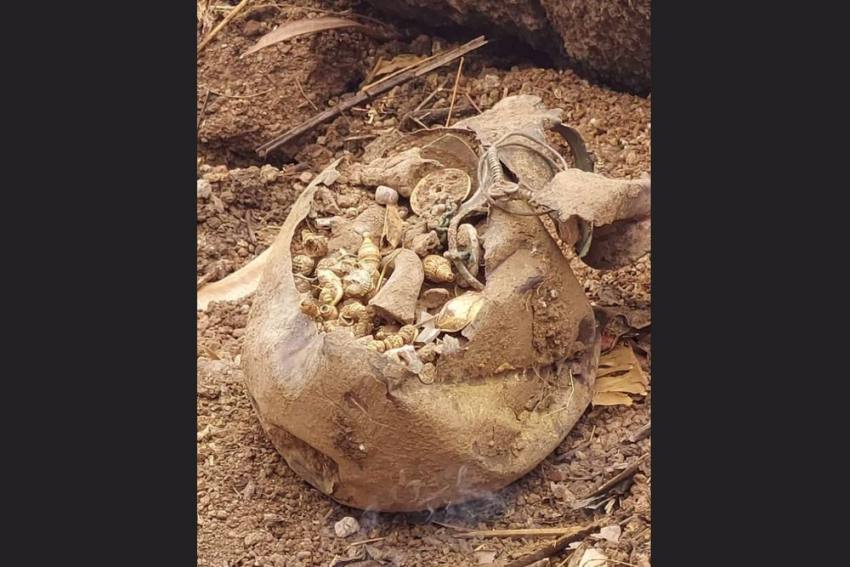 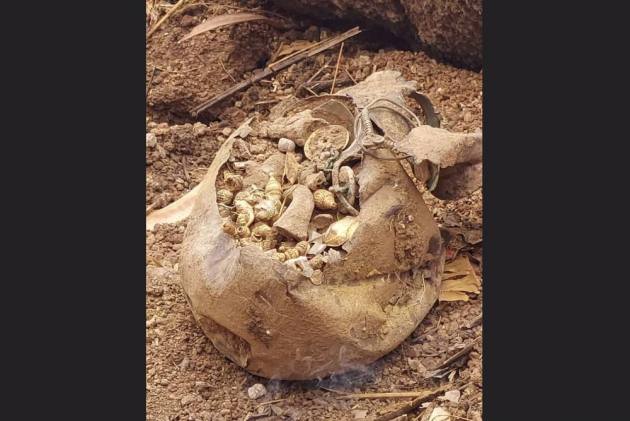 A realtor in Telangana recently, dug out a pot filled with antique gold and silver jewellery.

As reported by The News Minute, the incident took place in the state's Jangaon district where the realtor was trying to level an 11-acre plot in a village near the Warangal-Hyderabad National Highway.

A copper pot filled with jewellery broke as the earth-removing machine applied pressure. Among the antique jewels found were earrings, beads, mangalsutras, and chains.

The real-estate business person Narsimha, a resident of Hyderabad, was digging the land, to convert it into a residential plot. On Thursday around 11 am, the team unearthed the pot filled with jewels 2-feet deep into the ground. Narsimha informed the authorities about the discovery.

The pot reportedly contained silver jewellery weighing 1.727 kg while the gold jewellery weighs 187.45 grams. Ruby of 6.5 grams was also found along with the gold and silver recovered.

The valuables have now been seized by the District Collector's office under the Indian Treasure Trove Act of 1878. The authorities have further instructed the property owner to not carry out any further digging activity on the land until further orders.

Anjaneyula Goud, sarpanch of the Pembarthi village, after examining the treasury said that the valuables believably could be from the Kakatiya dynasty period. He also asserted that similar treasures could be found at other places within the village if district authorities carried out excavation projects.