Liberhan told Outlook that the commission had given an elaborate account of the evidences it had gathered during the tenure of its inquiry and that the court’s verdict is 'completely contrary to the conclusions of the commission'. 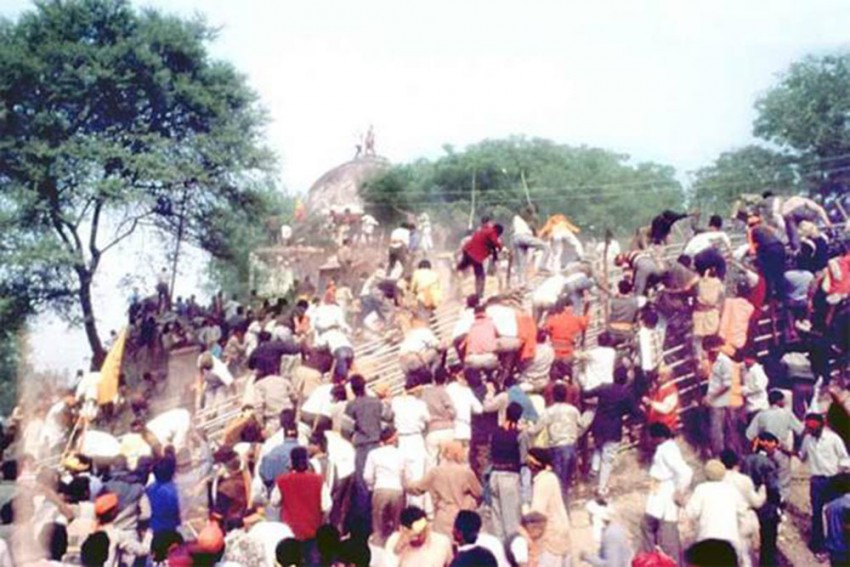 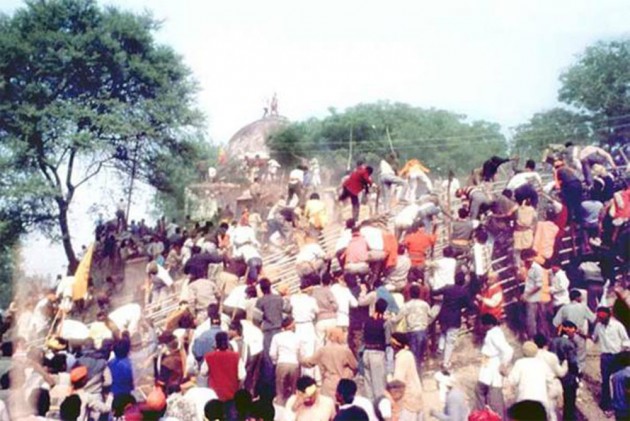 A special CBI court, on Wednesday, acquitted all accused in the Babri Masjid demolition trial. Special CBI judge SK Yadav, in his verdict, concluded that charges of criminal conspiracy and other sections under the Indian Penal Code that were slapped against 32 leaders, including BJP stalwarts LK Advani, MM Joshi and Uma Bharti could not be proven. The court dismissed the accusation that the demolition was the result of a pre-planned conspiracy and instead reprimanded the CBI for not being able to produce substantial evidence against any of the accused on the charges that they had stood trial for.

The verdict of the court has been described as an “utter farce” by Justice (retired) MS Liberhan who had headed the only commission of inquiry that investigated the demolition of the Babri Masjid on December 6, 1992 and the events that led to the destruction, which the Supreme Court had described as a “criminal act” an “egregious lapse of the law”. The Liberhan Ayodhya Commission of Inquiry, constituted by the PV Narasimha Rao government in 1992 following the demolition of the Babri Masjid, had taken 17 long years to submit its report to the Union government in 2009.

The commission had examined 100 witnesses over the 17 years of its operation and concluded that the destruction of the Babri Masjid was the result of a “planned conspiracy” by leaders of the RSS, BJP and other members of the Sangh Parivar. It had also held 68 individuals, including LK Advani, MM Joshi, Uma Bharti, Sadhvi Rithambhara, Kalyan Singh, Kalraj Mishra, Vinay Katiyar, Mahant Nritya Gopal Das and former prime minister Atal Bihari Vajpayee, Bal Thackeray, Ashok Singhal, Lalji Tandaon (all deceased) among others, “guilty of inciting communal discord” which led to the demolition of the Babri Masjid.

Though not all 68 people held guilty by the Liberhan Commission were accused in the demolition trial, Advani, Joshi, Singh, Bharti, Das and Katiyar were among those charged in the case by the CBI for criminal conspiracy and making incendiary speeches. While the charges have now been dismissed by the trial court, Liberhan believes that there was “ample evidence available to prove complicity and culpability of these leaders” and to “demonstrate conclusively the pre-planned conspiracy behind the destruction of the disputed structure (the Babri Masjid)”.

Liberhan told Outlook that the commission too had given an elaborate account of the evidences it had gathered during the tenure of its inquiry and that the court’s verdict is “completely contrary to the conclusions of the commission”.

So what had the Commission said in its concluding statements about those accused – and now acquitted – in the 28-year-old case? Here are excerpts:

“The utilization of such huge monies is a categorical pointer to the planning and preplanning carried out for the entire process of the movement commencing with mobilization onwards right up till the very demolition itself. Prognosis of the evidence leads to the conclusion that the mobilizations of the karsevaks and their convergence to Ayodhya and Faizabad was neither spontaneous nor voluntary. It was well orchestrated and planned… The theory or the claim made by the leaders of the movement or the icons from political or social organizations does not carry conviction to conclude that the demolition was carried out by the karsevaks spontaneously out of sheer anger or emotions.”

“It is established that the events of and leading up to the 6th of December 1992… were tainted by a joint conspiratorial enterprise. A handful of malevolent leaders unabashedly invoked the name of the paragon of tolerance to turn peaceful communities into intolerant hordes.”

“Kalyan Singh, his ministers and his handpicked bureaucrats created man-made and cataclysmic circumstances which could result in no consequences other than the demolition of the disputed structure and broadened the cleavage between the two religious communities resulting in massacres all over the country… There is no manner of doubt admissible in the culpability and responsibility of the Chief Minister (Kalyan Singh), his ministers and his cohorts who were handpicked to occupy selected posts. Paramhans Ramchander Das, Ashok Singhal, Vinay Katiyar, Vishnu Hari Dalmia, KS Sudershan, HV Sheshadri, Lalji Tandon, Kalraj Mishra, Govindacharya and others named in my report formed this complete cartel led by Kalyan Singh and supported by icons of the movement like LK Advani, MM Joshi and AB Vajpayee.”

“The conundrum which faced the Commission during its long hearings and extensive fact finding efforts was to reconcile the stance of the public face of the Sangh Parivar with the actions which defied law, morality and political ethics. Leaders like AB Vajpayee, MM Joshi and LK Advani, who are the undeniable public face and leaders of the BJP and thus of the Sangh Parivar, constantly protested their innocence and denounced the events of December 1992… It cannot be assumed even for a moment that LK Advani, AB Vajpayee or MM Joshi did not know the designs of the Sangh Parivar… These leaders cannot be given the benefit of the doubt and exonerated of culpability.”