In protest, the TMC leaders and supporters blocked the road and demanded arrest of the culprits. 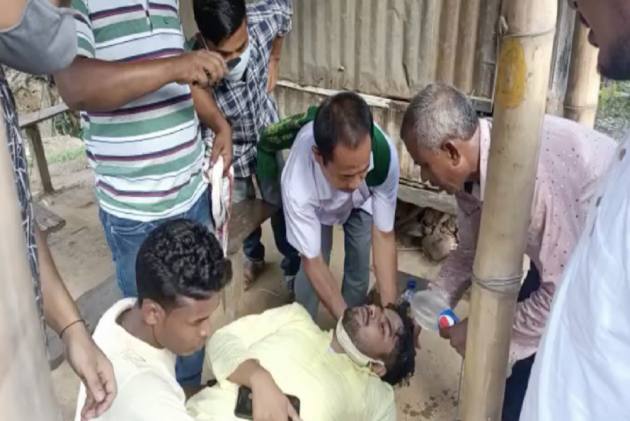 West Bengal’s Trinamool youth leader Sudip Raha, Jaya Dutta and Debangshu Bhattacharya were injured after their vehicle was allegedly attacked with stones at Ambassa in Dhalai district of Tripura.

Sudip sustained serious head injury while there are injuries on the face of Jaya. Debangshu on realizing stone pelting at the vehicle’s glasses somehow managed to save himself covering his head by bending down.

Meanwhile, Debangshu alleged that police were just within 100 metres from the spot of the incident but was mere spectator.

However, despite critical injuries Sudip denied to go to the government hospital out of fear.

In protest the TMC leaders and supporters blocked the road and demanded arrest of the culprits.