On Sunday, the state government had moved the court seeking the recall of an order passed last week in respect of a bunch of PILs that was filed alleging displacement of people, physical assault, destruction of property and ransacking of offices owing to post-poll violence. 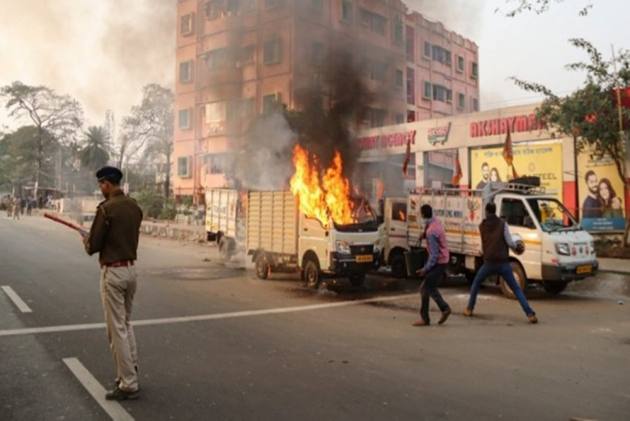 On Sunday, the state government had moved the court seeking the recall of an order passed last week in respect of a bunch of PILs that was filed alleging displacement of people, physical assault, destruction of property and ransacking of offices owing to post-poll violence.

Dismissing the government's plea, a five-judge bench, comprising Acting Chief Justice Rajesh Bindal and justices I P Mukerji, Harish Tandon, Soumen Sen and Subrata Talukdar, observed, "The way the state was proceeding in the matter, which required immediate action, did not inspire confidence."

It directed that whatever information the state "now wants to produce" with reference to the complaints, may be placed before the NHRC, which will be scrutinising all complaints along with the information supplied by the state and submit a report before the court.

Appearing for the state, Advocate General Kishore Dutta submitted that the state was not given an opportunity to place complete facts before the court and claimed that the government had taken appropriate action on complaints. The state had also prayed for a stay of operation of the order till the disposal of the PILs.

"A chart of alleged action in complaint cases was sought to be produced in court which is not supported by any affidavit. However, the learned advocate general stated that he could vouchsafe the authenticity thereof," the bench noted.

Opposing the government's application, counsel for the petitioners in the PILs submitted that considering the conduct of the state ever since the court had taken cognizance of the matter, the bench was constrained to pass the order.

The counsel further submitted that the order was passed after taking into consideration the number of complaints and police inaction, with many even being deprived of the chance to file a complaint.

"After hearing learned counsels for the parties, we do not find any case is made out for recalling, modification or stay of the order passed by this court on June 18, 2021," the five-judge bench said.

The bench, passing the order on June 18, had taken note of a report submitted by the member secretary of West Bengal State Legal Services Authority (WBSLSA), which said 3,243 persons had reported suffering till noon of June 10. The member secretary of WBSLSA further mentioned that the complaints were referred to the superintendents of police or police stations concerned in several cases but no response was received.

The court, as it passed the order, noted that the SLSA member secretary will be a part of the committee, to be formed by the chairperson of the NHRC. It said that a representative from the State Human Rights Commission, West Bengal, will also be associated with it. The bench also said that the committee will scrutinise the complaints the NHRC has received or could receive, and submit a comprehensive report before it about the present situation, after "may be by visiting the affected areas".

It further asked the panel to suggest steps that have to be taken to restore confidence in people and ensure they get to live peacefully in their houses and carry on with their occupation or business.

"The persons prima facie responsible for crime and the officers who maintained calculated silence on the issue, be pointed out," the bench had ordered, directing that the matter would be taken up for hearing again on June 30.