Home  »  Website  »  National  »  West Bengal: If Bypoll Results Are Any Indication, It Won't Be Easy Road To Power For BJP In State

West Bengal: If Bypoll Results Are Any Indication, It Won't Be Easy Road To Power For BJP In State

The TMC victory in the three politically significant constituencies could be an indication of the way the wind is blowing in the state. 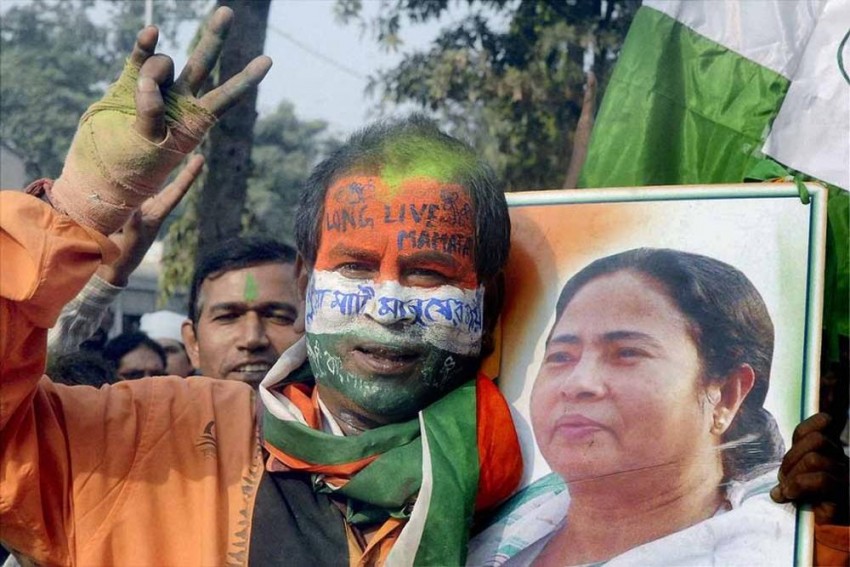 In this file photo, a TMC supporter with the photograph of West Bengal chief minister Mamata Banerjee.
Rajat Roy November 28, 2019 00:00 IST West Bengal: If Bypoll Results Are Any Indication, It Won't Be Easy Road To Power For BJP In State 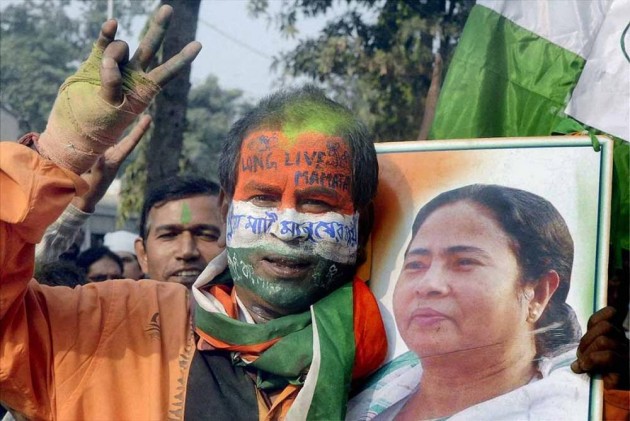 Just six months after their impressive performance in the Lok Sabha elections, the BJP received a minor jolt on Thursday, with Trinamool Congress set to win all three seats that went to polls recently. The TMC victory in the three politically significant constituencies could be an indication of the way the wind is blowing in the state.

Kharagpur is crucial as it was held by their state president Dilip Ghosh, who vacated the seat after winning the Lok Sabha election from Medinipore. Kaliaganj is in Malda district, located in North Bengal, where six months ago the TMC was routed by the BJP during Lok Sabha elections. It was the home town of Congress leader, the late P R Dasmunshi, and the grand old party held on to the seat for the last 21 years. The demise of Congress MLA Pramatha Ranjan Roy necessitated bypolls there.

During the general election, the BJP was well ahead of TMC in both the seats. Karimpur went to polls after the TMC MLA Mahua Maitra vacated the seat following her victory in the Lok Sabha polls. It was only at Karimpur that TMC was ahead of other parties with a margin of more than 25,000 votes.

In another six months’ time elections will be held in around 100 municipalities, including six corporations such as Kolkata and Howrah. This will be the last election before the crucial state assembly elections scheduled for 2021. It is too early to say, but if the present trend is any indication, the BJP’s dream of capturing power in Bengal will not be realised that easily.

Though the details of the results are yet to come, it is obvious that several factors played into making the outcome. Sabyasachi Basu Ray Choudhury, a noted political scientist, says that NRC played a decisive role in Karimpur and an important role in Kaliaganj. Normally, in by-elections, voter turnout remains poor. But it was 81% in Karimpur and 83% in Kaliaganj. These constituencies, bordering Bangladesh, are heavily populated by refugees of both Hindu and Muslim communities. TMC, Congress and the Left parties have been campaigning against NRC in border districts for some time.

Amit Shah’s assertion for the NRC in Bengal and elsewhere, and Mamata Banerjee’s counter-threat not to allow it in the state compelled a good number of voters to rally against the BJP on the issue. Moreover, Basu Ray Choudhury observes that Karimpur also has a significant number of Matuas (Namashudra) voters. In the last election, Narendra Modi’s overture to the matriarch of Matuas (mostly refugees from erstwhile East Pakistan) assuring them of citizenship, won them to BJP’s side and the party wrested the Bangaon (reserved) seat from TMC. The Matuas, after supporting the TMC for the last 10 years, turned to the BJP. However, following the exclusion of several Matuas from NRC list in Assam, community members in Bengal grew anxious. It is now clear that BJP’s assurance of citizenship could not weigh down the angst of NRC.

In Kaliaganj, despite the 50% Muslim voters, the TMC could win the seat by a meagre margin of 2300 votes. BJP finished second. In the Lok Sabha polls, TMC was behind BJP by more than 50,000 votes. This shows that in North Bengal, despite Mamata’s series of visits, BJP is still a force to reckon with. But TMC has gained a lot to make up the deficit and win.

Unlike the border-constituencies of Kaliaganj and Karimpur, NRC was not an issue in Kharagpur. While the first two are primarily rural, Kharagpur is urban and cosmopolitan. For decades, a very senior leader of Congress, Gyan Singh Sohanpal, was the MLA there. Keeping in mind the urban character of the constituency, this time TMC put up Pradip Sarkar, a popular leader and present chairman of the municipality, to keep the issue restricted to municipal affairs, away from Hindutva rhetoric. It worked so well that TMC could wipe off the deficit of 35,000 votes against BJP in Lok Sabha election in 2019, and win the seat comfortably.

The detail results, once published by EC, will show how the Left-Congress combine fared in the by-elections. So far, of the three seats, Left-Congress combine was second in Karimpur. Prof. Basu Ray Choudhury feels there are still 18 months for the assembly election and therefore it is too early to say anything. But, if the present trend continues in 2020 municipal elections, then it will be a major setback to the BJP. With rapid urbanisation in progress, of the total 294 assembly seats in West Bengal, 151 seats are now declared as urban constituencies. Elections in 100 odd municipalities and corporations could be a decisive factor to gauge the mood of the people. All eyes are now set on 2020 municipal election.