Home  »  Website  »  National  »  West Bengal | Abbas Siddiqui: A Myth Or A Kingmaker In The Making?

West Bengal | Abbas Siddiqui: A Myth Or A Kingmaker In The Making?

It appears certain that Abbas Siddiqui would continue to dominate the political discourse over March and April, while West Bengal goes for an eight-phase election. 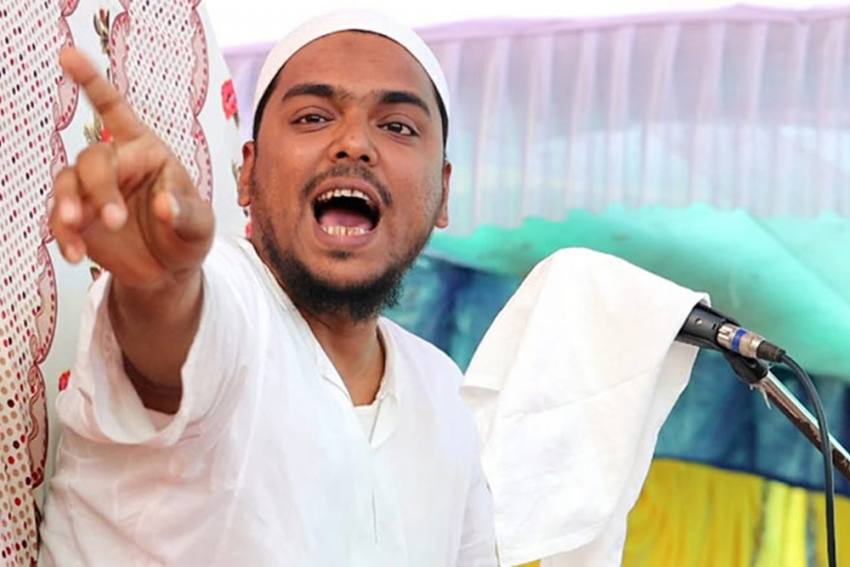 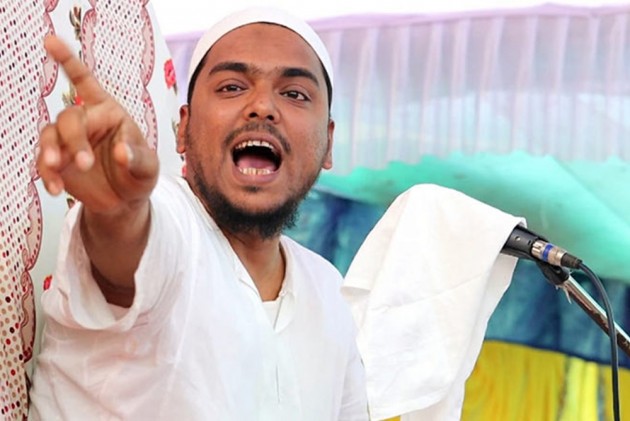 After the Left and Congress’ Sanyukta Morcha’s Brigade Parade Ground rally in Calcutta, a majority of Bengal’s television channels and the vernacular print media described cleric Abbas Siddiqui, whose newly launched party Indian Secular Front (ISF) is the third component of the Morcha, as the star of the event.

He delivered a high-pitched speech calling for the uprooting of the Mamata Banerjee government and supporters of his party, bearing their flag, marked a dominating presence among the rally attendees.

Siddiqui’s joining the Left-Congress alliance seems to have boosted the morale of the leaders and supporters of Sanyukta Morcha, the third force in the coming Assembly elections that is likely to be more of a contest between the state’s ruling Trinamool Congress (TMC) and its principal challenger, the BJP.

The Left and Congress leaders believe that with the presence of Siddiqui in the alliance they can eat into the TMC’s strong base among the Muslims.

However, the very presence of Siddiqui in the alliance has also left the Left parties and the Congress facing criticism from many quarters, including the so-called secular and liberal people. Notwithstanding Siddiqui’s perceived popularity among a section of the Muslims, his past comes to haunt his political prospects, as also that of the Left and the Congress.

The leaders of the CPI(M) and the Congress have repeatedly certified Siddiqui as a secular force and highlighted how Siddiqui’s party includes people from backward Hindu classes, the Scheduled Caste and Scheduled Tribe groups, and how Siddiqui has been raising people’s basic issues rather than religious or communal ones.

However, due to his speeches from religious events, Siddiqui, a pirzada (descendent of a pir) belonging to the popular pilgrimage site of Furfura Sharif in Hooghly district, has earned the reputation of being a conservative and even a fundamentalist.

He has, in the past, referred to the actor-turned-TMC-MP Nusrat Jahan as “one who earns showing her body” and suggested that she should be tied up to a tree and beaten up, wished before ‘Allah’ in the aftermath of the Delhi riots in 2020 that He should send a virus to India that could kill crores, lambasted France over the Muhammad caricature row in the aftermath of a school teacher’s beheading, he said that “those insulting the Prophet were illegitimate born” and called for giving them “proper treatment.”

He was even heard using the word ‘kafir’, which is used to describe ‘infidels’ in a derogatory manner and said that chanting ‘Bande Mataram’ will turn a Muslim into infidel.

He also called Kolkata’s outgoing Mayor and state urban development minister Firhad Hakim “a kafir”, “Beiman”, “Gaddar” and “Nimakharam” for taking part in Hindu pujas despite being a Muslim. Hakim, incidentally, is one of the key organizers of one of Kolkata’s most prominent community Durga Pujas.

By taking a person with such a background, the Left and the Congress has dented their secular credentials and allegations started pouring in soon after the Brigade Parade Ground rally, the launchpad of this new alliance.

“As of now, despite all our differences with and criticism of the Left and the Congress, we used to proudly say that they would never join hands with any communal force. We never doubted their commitments towards secularism. But following this alliance, that can never be said,” said veteran Trinamool Congress leader and state minister Subrata Mukherjee.

While the TMC plans to talk less about Siddiqui to deny him any importance, the BJP and its associated organizations belonging to the Sangh Parivar, or the Rashtriya Swayamsevak Sangh (RSS) family, has launched an all-out drive highlighting ‘the mainstreamization of ‘Muslim fundamentalist politics.’

The BJP launched an intense campaign, on social media and on the field, reminding people of the ‘Left’s betrayal in 1946 by siding with the Muslim League.’ Photos of the Brigade rally with Siddiqui standing next to the Left and Congress leaders are being juxtaposed with a photo of the late CPI(M) stalwart Jyoti Basu with Muslim League leader Hassan Shahid Suhrawardy, who is often held responsible for the Calcutta riots of 1946.

“The Brigade rally showed the Left and the Congress' helpless surrender before a communal and fundamentalist force, just like the two parties did (before the Muslim League) ahead of the Partition of India. They have brought West Bengal on the brink of destruction," the BJP's state unit spokesperson Samik Bhattacharya said.

However, on social media, many people who describe themselves as secular and liberal have commented that with this one move, the CPI (M) has further damaged its prospects of revival in Bengal.

Even though two of the most prominent Bengal Congress leaders, state unit president and leader in the Lok Sabha Adhir Ranjan Chowdhury and the Leader of the Opposition in the state Assembly Abdul Mannan have certified Siddiqui as secular, senior national-level leader of the party, Anand Sharma, criticized the Congress’ move.

“Congress’ alliance with parties like ISF and other such forces militates against the core ideology of the party and Gandhian and Nehruvian secularism, which forms the soul of the party. These issues need to be approved by the CWC,” Sharma wrote on Twitter on Monday.

In a second Tweet, he wrote, “Congress cannot be selective in fighting communalists but must do so in all its manifestations, irrespective of religion and colour. The presence and endorsement West Bengal PCC President is painful and shameful, he must clarify.”

There are arguments that Siddiqui has ‘matured’ from a ‘hotheaded nuisance talker’ to ‘more sensible, measured talker.’ From 2020, he started holding meetings with small organizations of the dalit and tribal people and oriented his speeches more towards discussing the governance issues troubling the people. He keeps challenging Mamata Banerjee with bold threats but he hardly talks religion at these events.

Siddiqui himself holds no post in the party. His brother, Naushad Siddiqui, is the chairman and Simal Soren, a tribal leader, is the president.

According to CPI (M) state committee member and former Lok Sabha MP Shamik Lahiri, “Unlike Mamata Banerjee, Siddiqui hasn’t punctuated his speeches with ‘Inasallah’, he has not demanded facilities for the Hajj or stipend for clerics. He is talking about employment generation and corruption. Are these communal issues?”

While Siddiqui continues to dominate the state’s political discourse, how much impact he could possibly have in the elections itself remains debatable.

According to a senior Muslim cleric, Muslims in Bengal mostly belong to five sects – the Deobandi, the Ahle Hadis, the Barelvi, the Shias and the Furfura.

“I don’t see Siddiqui winning the trust of the Muslims except for a negligible section,” he said.

His uncle Tawha Siddiqui, who was so-long the most-known face from the Furfura Sharif, rubbished Abbas as nothing but a creation of the BJP.

“Let a hundred Asaduddin Owaisis or Abbas Siddiquis come. The people of Bengal are in favour of communal harmony and they will not vote for the agents of communal parties. Mamata Banerjee is all set to return to power,” Tawha Siddiqui said.

Another veteran commentator on Muslim society, who did not want to be named, explained that the crowd that Siddiqui’s meetings drew was mostly because they were Islamic jalsas (narration), where people not politically aligned to him also used to turn up because of his Furfura lineage.

“I am sure most of those who attended his jalsa over the past few months, the events that he used as his political launch pad, would not vote for him. They went to listen to the religious narration of the Furfura sect,” he said.

Md Yahiya, chairman of Bengal Imam’s Association, too, ruled out the possibility of Siddiqui having any impact on the elections. “He only has a bunch of followers creating hype around him. On the grounds, he has no influence except in parts of South 24-Parganas district,” Yahiya said.

Yahiya said that Mamata Banerjee’s rule “may not have been perfect” but there has been the scope of negotiating with her.

“Abbas Siddiqui, however, is clearly playing for the BJP. Just listen to his speeches. His sole agenda is to target Mamata Banerjee, while he remains virtually silent on the misdeeds of the Central government. He is silent on the BJP’s attack on Bengali culture and heritage. He made no protest against the hike in fuel prices, which is causing steady inflation. He is silent on how the BJP is destroying the social fabric of India. People have seen through his plot,” Yahiya said.

Whether Siddiqui turns out to be a game-changer, by winning seats and helping his alliance partners win, or even by ensuring the TMC’s defeat by splitting the Muslim votes, remains to be seen.

It, though, appears certain that Siddiqui would continue to dominate the political discourse over March and April, while the state goes for an eight-phase election, as the BJP and its associated organizations are going to highlight the rise of Siddiqui as the rise of Islamic fundamentalism, ‘Jihadi influence’ in the words of the BJP’s state unit president Dilip Ghosh, in West Bengal’s mainstream politics.

As of Wednesday, Siddiqui's ISF has managed to secure the Left support for their candidates in 30 seats and from the Congress in seven. That gives him nearly 13% of the state's 294 seats.