Lashing out at the BJP, former Union minister Yashwant Sinha said, ‘The strength of a democracy lies in the robustness of its institutions, and all the institutions (in India) have been weakened systematically.’ 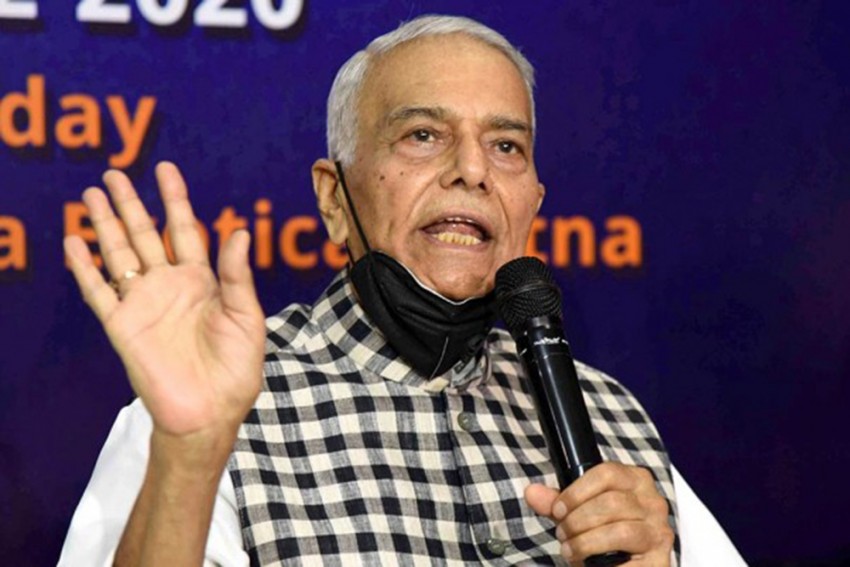 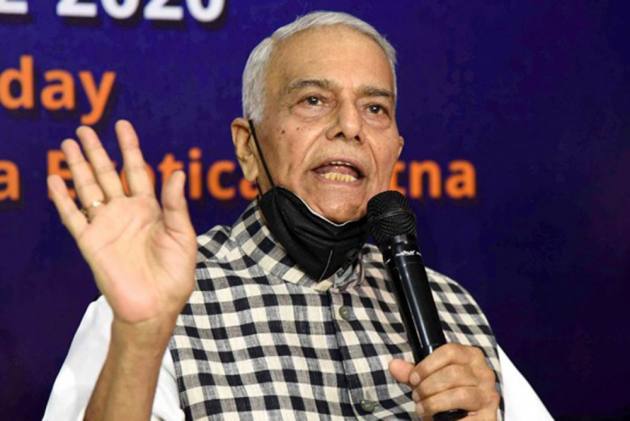 Earlier, Sinha was a member of the BJP. He had served in the cabinet of former prime minister Atal Bihari Vajpayee. However, Sinha, who is known to be a bitter critic of PM Narendra Modi, had quit the saffron party in 2018 over differences with the party leadership.

"The country is passing through a strange situation. Our values and principles are in danger…The strength of democracy lies in the robustness of its institutions, and all the institutions have been weakened systematically," Sinha said.

He further said that it was the need of the hour to ensure that the TMC emerges victorious in the upcoming West Bengal Assembly elections.

Sinha’s move comes just weeks before the West Bengal Assembly elections. His son Jayant Sinha is the BJP MP from Hazaribagh in Jharkhand.

The octogenarian leader had campaigned for the TMC in the 2019 Lok Sabha polls.

"We welcome Yashwant Sinha to our party. His participation would strengthen our fight against the BJP in the elections," TMC Lok Sabha party leader Sudip Bandopadhyay said.

Speaking to reporters after joining the TMC in Kolkata, the bureaucrat-turned-politician, made a scathing attack on Modi and Union Home minister Amit Shah.

"Strength of the democracy lies in the robustness of its institutions, and all the institutions have been weakened systematically," Sinha said.

"The country is faced with strange situation. The values and principles we gave so much importance, the founding principles of our Republic are not being followed…The farmers of the country are sitting near Delhi for months but the government doesn't care. The ruling party has only one objective - win elections by any means," he added.

The senior politician also exuded confidence of the TMC defeating the BJP in Bengal.

"TMC will win the polls by a thumping majority. But, we have to increase the victory to another level.

Praising Banerjee, Sinha recalled that during the Kandahar hijack of Air India plane, when TMC was the coalition partner of the Vajpayee government, Banerjee had volunteered at the cabinet meeting to go and meet the hijackers to secure release of hostages "as she is not afraid for her life."

He further said he had about a 45-minute conversation with Banerjee before joining the TMC.

"The tipping point was the attack (in Nandigram) on Mamata Banerjee. When I spoke to her today, she described the incident to me…This government (the BJP) can do anything to win the election. The attack on Mamata Ji made me decide that I want to work with her," he said about the March 10 incident.

Sinha's joining Trinamool Congress might not help it win votes, but his utterances against the BJP could lend weight to TMC's offensive against the saffron party in the high-voltage Bengal polls.

He also served as the Principal Secretary to then Bihar Chief Minister Karpoori Thakur in 1977.

Influenced by Loknayak Jayaprakash Narayan, Sinha, had resigned from the IAS in 1984 and plunged into politics.