Home  »  Website  »  National  » Interviews  »  Jharkhand Will Have To Pay Huge Price If We Are Not Medically Prepared: CM Hemant Soren
Exclusive Interview

Jharkhand Will Have To Pay Huge Price If We Are Not Medically Prepared: CM Hemant Soren

The state is in financial distress and needs immediate relief from the central government, says Soren 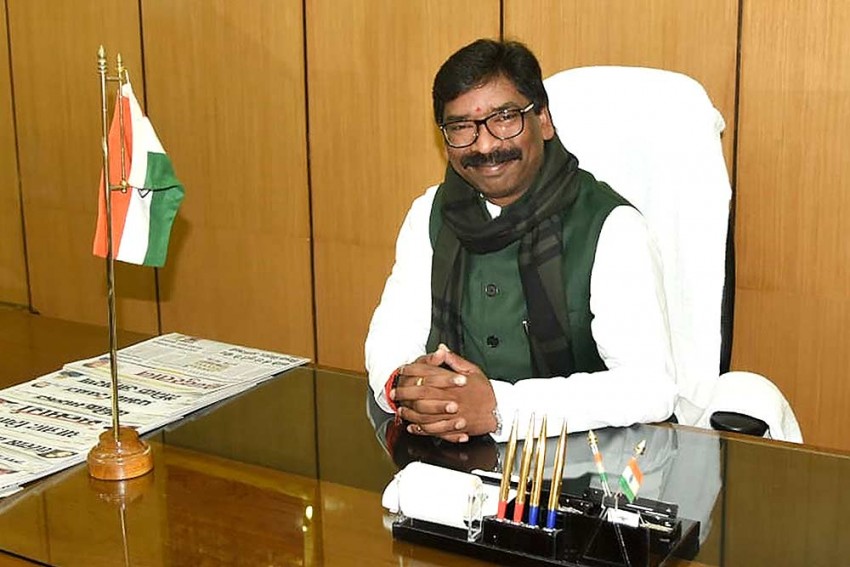 harkhand Chief Minister Hemant Soren in his office during the opening day of the first session of the 5th Assembly Session, in Ranchi.
PTI Photo
Preetha Nair April 09, 2020 00:00 IST Jharkhand Will Have To Pay Huge Price If We Are Not Medically Prepared: CM Hemant Soren 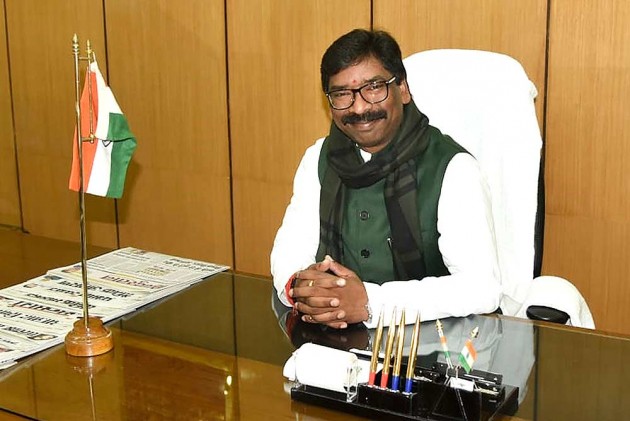 Jharkhand has reported four Covid-19 cases so far. In an interview to Outlook's Preetha Nair, Chief Minister Hemant Soren talks about state’s exit strategy and alleges that the Centre has been negligent towards Jharkhand in providing financial and medical assistance. Excerpts:

Jharkhand so far has four confirmed cases. Is it because the state not conducting sufficient testing?

The numbers are rising in the state. Since we are not testing, we don’t know which stage we are in. When we accelerate our testing, we will come to know. We have been writing to the Centre since March 21 that we need more PPEs (Personal Protective Equipments), ventilators, testing kits, masks and PCR machines. The medical equipment has to come from the central government. We also don’t have enough thermal scanners. Though we asked for 300 thermal scanners, we got only 100 scanners, that too, only three days ago. We should have thermal scanners in police stations, government offices and at least one in every panchayat... We demanded 75,000 PPE kits and we got 5000. Even testing kits, we got very little. How will we do more testing when we don’t have enough machines? We have only 8 PCR machines. Only four of them are operational now. The rest, we are waiting for ICMR approval. Our main concern is about medical equipment. We want to do rapid tests also... But we don’t even have a single kit yet. If we don’t act now, we will face the consequences in the coming months. Even in Mumbai, hospitals are shut and doctors are being infected. But a poor state like us will have to pay a huge price if we are not medically prepared.

Prime Minister Modi asked all states to come up with an exit strategy. Will you go for a staggered exit as some states have suggested?

The Prime minister didn’t consult the states before announcing the lockdown. It’s bizarre that he is asking us suggestions on exit strategy now. Even during the video conference with the PM last week, I didn’t get a chance to raise my state’s problems. Regarding exit strategy, we will assess the situation and decide accordingly.

How is Jharkhand faring in its fight against the pandemic?

We can’t predict how the pandemic will take shape... We are planning maximum output using minimum resources. I am meeting medical officers in private and government hospitals in this regard. We are following the protocol of tracing and quarantining. We have so far traced two lakh people and stamped more than 1 lakh 70 thousand. We have formed village committees to find out the people who are working outside the state. The committee will be informed about the migrants who are working outside each village. When the migrant workers come back, they will be quarantined or isolated. We also want the approval of ICMR to operate private labs in the states.

Jharkhand will see huge migrant influx after lockdown. How will it impact the state?

If the central government decides to lift the lockdown, there will be a huge influx of migrants. We have about 6-7 lakhs migrant labourers working in other states like Kerala, Maharashtra, Goa and Telangana among others. We are not prepared for such a huge influx of migrants on financial and health grounds. Once the migrants are back, financially also we are going to be in distress.

Do you think the centre is not giving adequate financial assistance to the states?

Jharkhand is one of the most backward and poorest states in the country. The centre owes us 450 crores as GST dues. Though we have written to the government, we haven’t received any response. We have demanded our MGNREGA dues which run into 600 crores. We got the first installment of 100 crores yesterday. We received 284 crores as part of the State Disaster Risk Management Fund (SDRF). The government shouldn’t indulge in politics at this time. When 7- 8 lakhs migrant workers come back, we are going to have a difficult time.

How has the lockdown impacted the state?

Financially our state is in a bad shape. While the issue of migrant labourers is a pressing one, rural areas are also badly hit. We are running 5000 CM Kitchens currently to feed 6-7 lakhs people daily. Under MGNREGA, people don’t want to work because of payment delay and the maximum wage is Rs 200 in the state. The Centre needs to provide immediate relief. What is the point in getting financial assistance after the state has totally collapsed?

Flu-like Symptoms? COVID-19 Or Not, This Is What You Should Do