Trump was careful in his wording about possible involvement in the Kashmir issue compared to the past when he had made claims like Prime Minister Narendra Modi asked for his help. 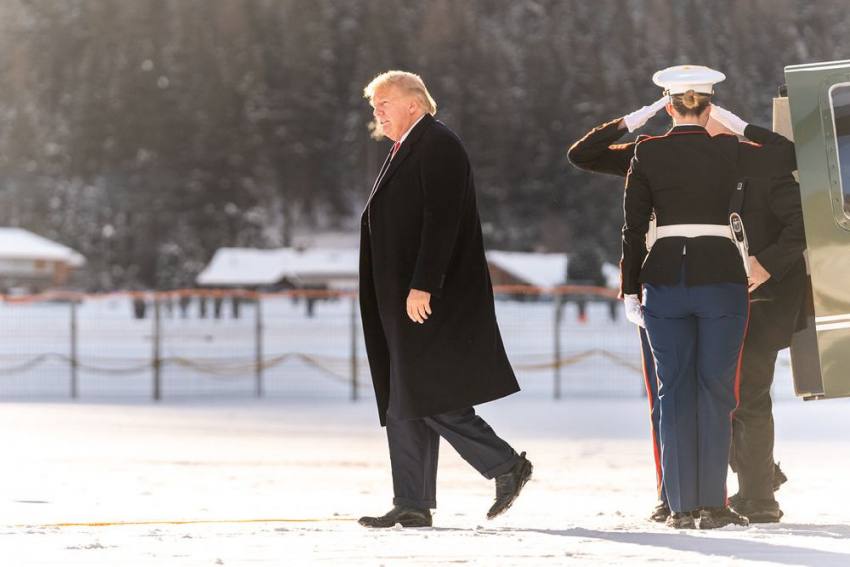 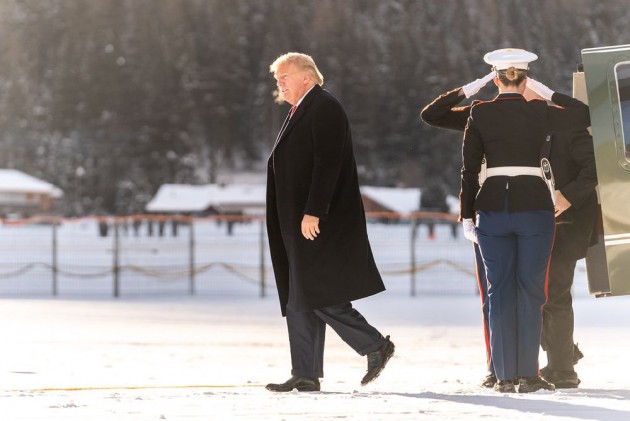 US President Donald Trump said on Tuesday that he is talking with Pakistan Prime Minister Imran Khan about Kashmir and he would help if he could.

According to a transcript of the remarks made by him and Khan before their meeting in Davos, Trump said, "We're talking about Kashmir and the relation to what's going on with Pakistan and India. And if we can help, we certainly will be helping."

He added, "And we've been watching that and following it very, very closely."

Trump was careful in his wording about possible involvement in the Kashmir issue compared to the past when he had made claims like Prime Minister Narendra Modi asked for his help.

He qualified his statement by prefacing it with "if we can help".

Trump said that relations between Pakistan and the US have been the closest they have ever been.

According to the transcript released by the White House, Khan suggested that Washington play a role in resolving the issues with India. He said, "For us, in Pakistan, it's a big issue. And, of course, we always hope that the US will play its part in resolving it because no other country can."

Asked by a reporter if he would be visiting Pakistan during his forthcoming visit to India, Trump said he will not as he was meeting Khan in Davos.

"Well, we're visiting right now (with Khan), so we won't really have to. But we -- I wanted to say hello for both a relationship standpoint -- we've had a great relationship -- and from the standpoint of our two countries," Trump said.

He added, "We're getting along very well. I would say we've never been closer with Pakistan than we are right now. And that's a big statement, although I wouldn't say at all times we were close, as a country. But we are very close right now because of the relationship that we have. So it's very important."

Trump said that "trade is going to be of very, very paramount importance" in their talks.

He said, "And we're doing more trade as it turns."

For both, the focus was on Afghanistan.

While Trump referred to it obliquely as "we're working together on some borders," Khan was more specific.

Khan said, "The main issue, of course, is Afghanistan because it concerns the US and Pakistan. And, fortunately, we are on the same page. Both of us are interested in peace there and an orderly transition in Afghanistan with talks with Taliban and the government."

Khan's leverage with Trump comes from his role in facilitating a possible peace agreement between the US and the Taliban.

Trump would like to reach a deal with the Taliban, which is backed by Pakistan, before the November elections so he can pull back US troops from Afghanistan and claim he kept his 2016 poll promise.