Watch: Man Kisses Rahul Gandhi In Wayanad During His Visit To Flood-hit Constituency

Congress leader Rahul Gandhi, who is on a four-day visit to his constituency, assured the flood-ravaged people that he would strive to resolve the several issues affecting them. 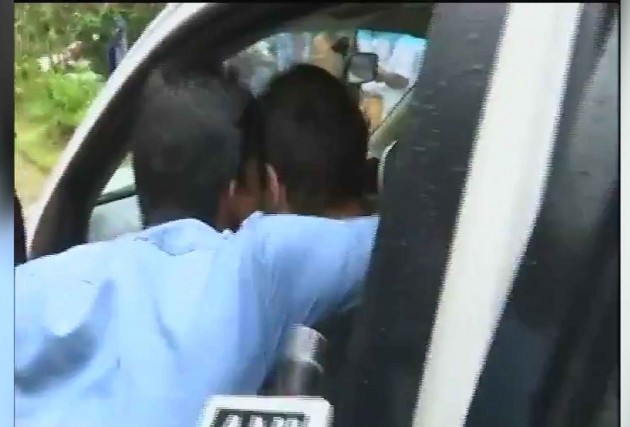 A man kissed Congress MP Rahul Gandhi during his visit to Wayanad in Kerala. In a video tweeted by ANI news agency, a man can be seen kissing Rahul Gandhi on his cheek as the Congress leader is greeting the people of his constituency from inside his vehicle.

Congress leader Rahul Gandhi, who is on a four-day visit to his constituency, assured the flood-ravaged people that he would try to solve several issues affecting them.

"We will work together to resolve these issues", he said. The issues being faced by farmers in Wayanad, the man-animal conflicts were complicated and they cannot be resolved with a magic wand, Gandhi was quoted as saying by PTI.

"My commitment is I will work with you to resolve the issues.. Our first priority is compensation to the flood-affected and we must pursue it", he added.

He also assured the people that Congress workers would put pressure on the government to ensure that all those affected would be compensated.