The fishermen group not only rescue the whale shark but also helped it get back to the sea. 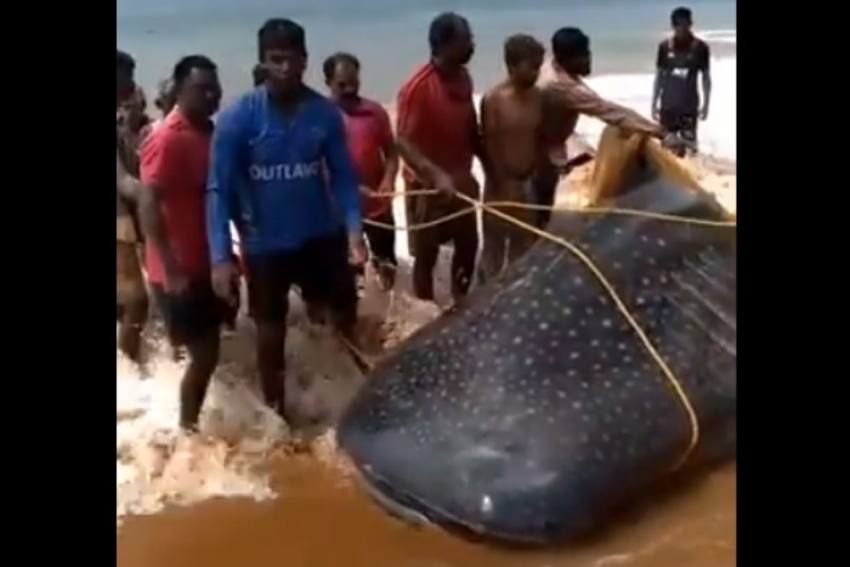 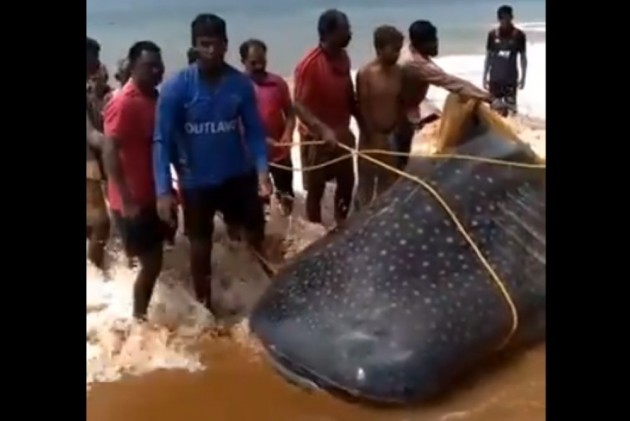 A giant and endangered whale was rescued by atleast 60 fishermen in Kerala's Thiruvananthapuram on December 5, after it was caught in their net. The fishermen group not only rescue the whale shark but also helped it get back to the sea. Their kind gesture is winning the internet and the video is being admired by many.

In an unusual view, the fishermen are seen tearing the net to free the whale. After the net was torn, it plunged back to the sea.
Since December 5 was a cyclone alert, the fishermen did not dive deep for fishing and this is when the large whale got trapped into their net.

Check out the rare video here:

Minutes before the endangered whale shark's swim to freedom. A group of fishermen in kerala helping the shark, that was caught in their net, back to the waters. Video courtesy: Ajith Shanghmukham. Friday was a Cyclone alert, so they did not venture into the deep. pic.twitter.com/QVTslY5ep7

Watch: An endangered whale shark released into the sea by fishermen in Kerala's Shanghmukham on Friday, after it was caught in their net. A group of fishermen tore into the net, and helped it back, in a matter of minutes, says Ajith. Video courtesy: Ajith Shanghmukham. pic.twitter.com/jDcr12VCuK

Ajith Shanghmukham, who shared the video was quoted by NDTV as saying, "There were around 60 fishermen who made a lot of effort to free the Whale Shark. Initially, they thought the shark would not be able to swim back, but after two efforts the Whale Shark made its way into the sea. When I reached the spot, the shark had started swimming back. It was a very special moment for all of us who witnessed it."

Meanwhile, the forest officials have appreciated the fishermen's efforts for their kind and inspiring gesture towards the animal species and also said to rewad them.