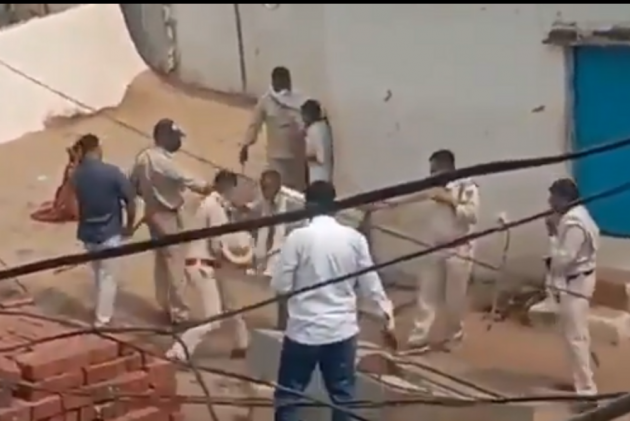 A video of two policemen beating up some villagers in Madhya Pradesh's Khandwa, after a dispute between health workers and the kin of a Covid-19 patient, has gone viral on the social media. The two policemen have been placed under suspension, informed an official.

A police team had reached Sirsod Banjari village under Chhaigaon Makhan police station limits after a dispute between the kin of a 20-year-old Covid-19 patient and health workers who had come to take him to a hospital, said the official.

"After the health workers complained about being attacked by the patient's family, a police team arrived at the village. They too were attacked and a sub-inspector and an assistant sub-inspector got injured along with two health workers," said Chhaigaon Makhan police station in-charge G Kanail.

Health officials said the man was tested for coronavirus on Friday and his report returned positive on Sunday, after which a team went to the village to get him to a hospital, but his kin insisted that he be home quarantined, which started the altercation.

After the medical team was attacked, a police complaint was filed, said health worker Purva Kushwaha.

"The Chhaigaon Makhan police station in-charge and a constable were 'line attached' (taken off field duty and deployed in police line as punishment) in connection with this incident," said Khandwa Superintendent of Police Vivek Singh.

City Superintendent of Police (CSP) Lalit Gathre will carry out a probe into the matter, Singh added.