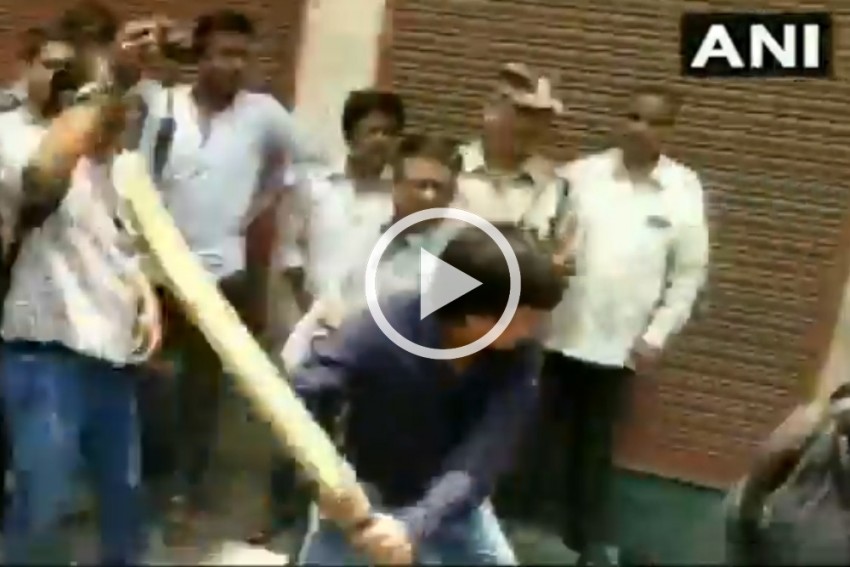 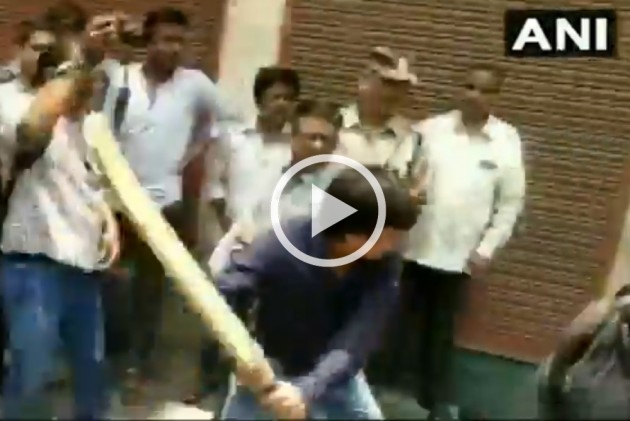 Madhya Pradesh BJP MLA Akash Vijayvargiya was on Wednesday arrested hours after he assaulted a municipal officer with a cricket bat when a team of the civic body went to the city's Ganji area to raze a dilapidated building as part of an anti-encroachment drive.

Akash, son of party general secretary Kailash Vijayvargiya, was part of a protest by locals against the Indore Municipal Corporation's drive to demolish the building. He even "warned" officials against going ahead with the demolition, following which the incident happened.

In a video of the incident, Akash can be seen approaching the officer with a cricket bat, and soon lands a blow on him. Immediately, others around Akash, ostensibly his supporters, create commotion and start to push around the officers who were carrying out the anti-encroachment drive in the area.

"This is just the beginning, we will end this corruption and goondaism. 'Aavedan, nivedan aur fir dana dan' this is our line of action," Akash was quoted as saying by ANI after the incident.

Moreover, even the presence of police officials at the scene, who can be seen struggling to control the situation, does not deter the men from harassing the municipal officials, who by the end of the video, can be seen fleeing the scene even as the people around insist that their clothes be stripped.

Akash Vijayvargiya is is a newly elected member MLA from Indore-3 Assembly constituency. He was elected in by defeating Congress veteran and 3 time MLA Ashwin Joshi by a margin of over 5700 votes.