Prabhat, killed on Thursday, was arrested in Faridabad after gangster Vikas Dubey was spotted at a hotel there. 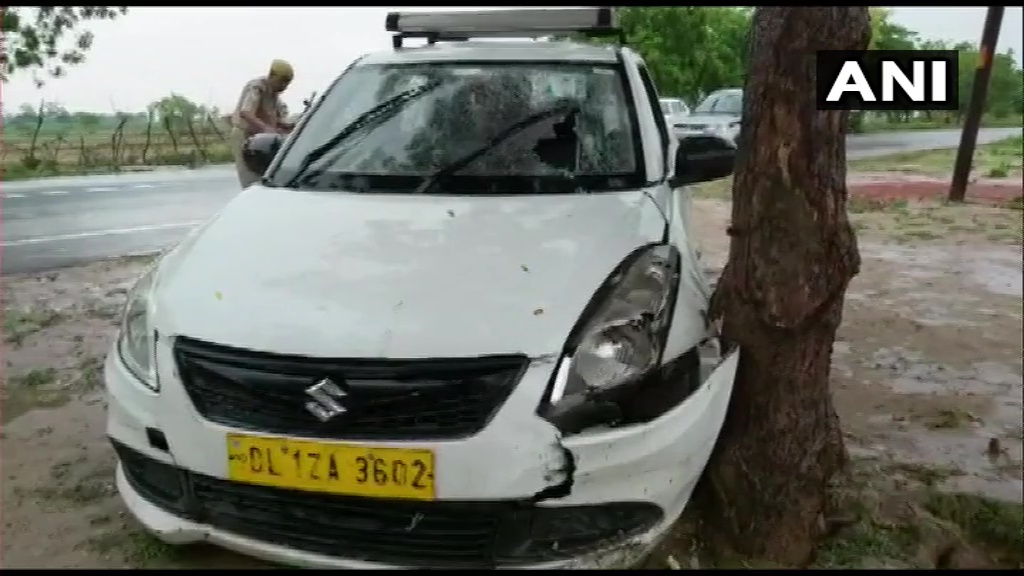 Two of the close aides of wanted gangster Vikas Dubey, the prime accused in the killings of eight policemen in Kanpur, have been shot dead on Thursday morning, police said.

Prabhat Mishra succumbed to bullet injuries sustained while he tried to flee from custody, UP ADG Prashant Kumar said.

Prabhat was arrested on Wednesday in Faridabad after Vikas Dubey was spotted at a hotel there.

Prabhat tried to flee from police custody while being brought to Kanpur from Faridabad on transit remand, he said.

The police said Prabhat snatched a policeman's pistol, opened fire at STF personnel, injuring two of them. In retaliation, the policemen fired at him. He was taken to a hospital where he succumbed to his wounds.

"Our vehicle was in the Panki area in Kanpur when it developed a snag. As the vehicle was being repaired, Prabhat Mishra tried to snatch the pistol of an inspector and opened fire at the STF team. He was shot dead in retaliatory firing," said an STF official.

Another Vikas Dubey accomplice, Ranvir alias Bauan Shukla, was shot dead by the STF in Etawah while he was allegedly trying to flee in a car.

Senior Superintendent of Police (SSP) Etawah Akash Tomar said that they had received a tip-off that a Swift Desire with a Delhi registration number was moving in a suspicious manner.

"When we tried to intercept the car in the Civil Lines area, the miscreants opened fire at the police. Bauan Shukla was killed in retaliatory firing. Three other miscreants who were following in a Scorpio managed to flee. We have cordoned off the area and a search is on for them," he said.

The SSP said that a pistol, a double barrel gun and some ammunition has been seized from the miscreant.

Bauan Shukla carried a reward of Rs 50,000 on his head and was involved in firing on policemen on July 3 that left eight police personnel dead in Bikru village.

Earlier on Wednesday, Dubey's trusted lieutenant, Amar Dubey, who was also his nephew, was killed in an encounter in Maudaha in Hamirpur district.