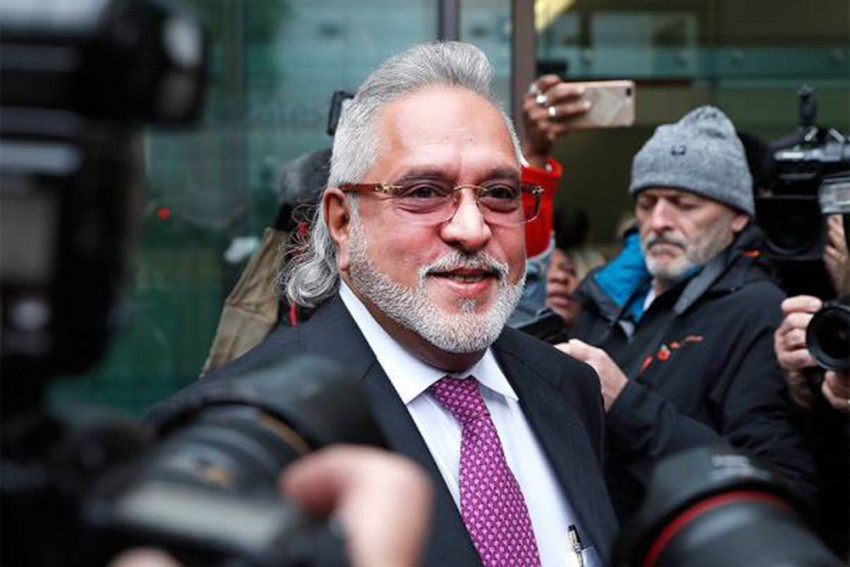 In good news for Indian authorities, fugitive business tycoon Vijay Mallya has been declared bankrupt by a court in the United Kingdom on Monday. The development came amid reports of the possible extradition of Mallya who has been seeking permission to stay on in the UK as a refugee, a status that he was fighting for as an asylum seeker.

The move is set to pave the way for a consortium of Indian banks led by the State Bank of India (SBI) to pursue a worldwide freezing order to seek repayment of debt owed by the now-defunct Kingfisher Airlines.

"As at 15.42 [UK time], I shall adjudicate Dr Mallya bankrupt," Chief Insolvencies and Companies Court (ICC) Judge Michael Briggs said in his ruling during a virtual hearing of the Chancery Division of the High Court.

"In my judgment, the sums provided to date are conditional… there is no evidence Dr Mallya will return to India to deal with the criminal trial and seek to unlock the allocation of realisations which have been made," the judge concluded.

The 65-year-old businessman, wanted in India on fraud and money laundering charges, remains on bail in the UK while a "confidential" legal matter, believed to be related to an asylum application, is resolved in connection with the unrelated extradition proceedings.

During the course of Monday’s hearing, Judge Briggs asked Mallya's barrister, Philip Marshall, if there was any "indication" if his client intended to return to India to deal with the criminal proceedings and was told that there was no such indication.

The Indian banks, represented by the law firm TLT LLP and barrister Marcia Shekerdemian, had argued for the bankruptcy order to be granted in favour of the Indian banks who are owed over GBP 1 billion and pointed out that the long-drawn legal battle would complete its “third birthday in September this year".

"The Petitioners [banks] say enough is enough. They have not been paid in full and no part of their debt is the subject of a serious dispute warranting the dismissal or further adjournment of the petition. A bankruptcy order should be made, with no further delay,” the banks’ legal team argued.

"The sum of GBP 1.05 billion remains due. Even if one were to treat his interest challenge as having any relevance (which it does not, whether as a matter of discretion or otherwise) a sum of close to GBP 0.5 billion is due… Moreover, even if the assets received by the Petitioners provisionally were to be treated as payment towards the Debt (which they should not be), the sum of circa GBP 0.52 billion (INR 5,336.39 crores) would still remain due to the Petitioners. Even on that footing, therefore, the Petitioners are entitled to a bankruptcy order,” they argued.

Once a bankruptcy order is made in the UK, there is automatic vesting of all of the bankrupt’s assets in a Trustee in Bankruptcy, whose role is to investigate their affairs and establish their true assets and liabilities, with a view to selling relevant assets and paying back the bankrupt’s creditors. Under UK law, a bankrupt person must cooperate with the Trustee in Bankruptcy.

Such a person is prohibited from obtaining credit for more than GBP 500 without disclosing their bankrupt status, or acting as the director of a company without the court’s permission.

A bankrupt person is also automatically discharged from their bankruptcy after one year unless an order is made suspending this discharge.

Immediately after the order was handed down on Monday, Mallya’s barrister sought a stay followed by an adjournment of the order while legal challenges remain ongoing in the Indian courts. However, the requests were turned down by the judge, who also declined an application seeking permission to appeal against the bankruptcy order as he found there was no "real prospect of success" of such an appeal.

Mallya’s counsel, who has indicated plans to pursue an appeal against the bankruptcy order in the higher appellate court, had argued that the Indian banks were pursuing the same debt against him both in India and the UK.

He said: "It is the Petitioners who have chosen to seek to ride two horses, by pursuing enforcement measures for themselves in India even as they seek to invoke a class insolvency remedy here.

"Any bankruptcy order, by contrast, would be self-evidently unjust and cause irreversible harm to Dr Mallya, notwithstanding the (at least) serious doubt which exists as to whether any further sum in fact remains unpaid or outside the Petitioner’s power to realise."

The debt in question comprises principal and interest, plus compound interest at a rate of 11.5 per cent per annum from 25 June 2013.

The declaration of bankruptcy cane amid reports of Mallya's possible extradition from the UK. Sources in Indian security establishment claim that though Mallya won his appeal in the ongoing asylum case earlier this month, Indian agencies have been putting pressure on the UK government to go for a judicial review and not allow him refuge. “The decision rests on the UK home secretary, Priti Patel. She has to take the final call. We have got positive signals from the UK government,” a senior government official told Outlook.