VIDEO: Police Beat Auto Driver, He Pulls Out A Sword And Retaliates In Delhi

Three policemen have been suspended for allegedly dragging two men, the father and his son, out of an auto and brutally thrashing them. 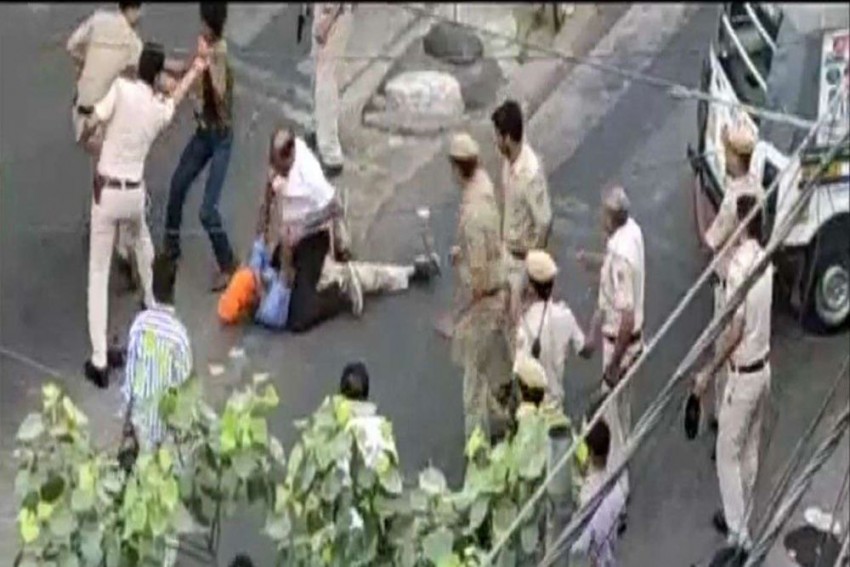 A police team was seen beating up an auto driver who later pulled out a sword and retaliated.
Outlook Web Bureau June 17, 2019 00:00 IST VIDEO: Police Beat Auto Driver, He Pulls Out A Sword And Retaliates In Delhi 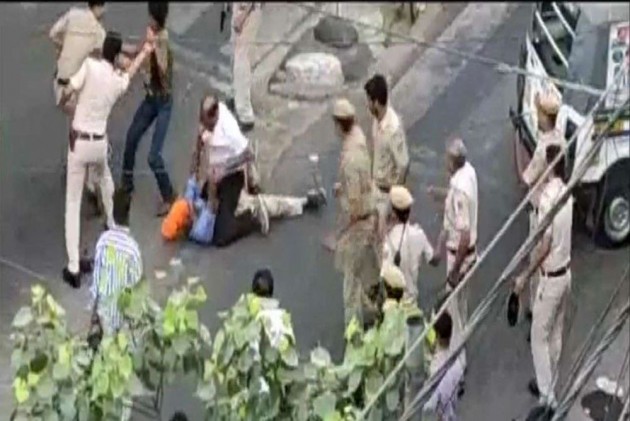 A video, shot on a mobile phone, shows at least four policemen thrashing an auto driver with what appears to be a stick. Seconds later, the man pulls out a sword and retaliates by launching an attack on the police in New Delhi's Mukherjee Nagar area.

Three policemen have been suspended for allegedly dragging two men, the father and his son, out of an auto and brutally thrashing them.

Hitting out at the Delhi Police, Chief Minister Arvind Kejriwal demanded an investigation into the incident.

"Delhi Police brutality in Mukherjee Nagar is highly condemnanble and unjustified. I demand an impartial probe into the whole incident & strict action against the guilty. Protectors of citizens can't be allowed to turn into uncontrolled violent mobsters," Kejriwal said on Twitter.

Police said an enquiry will be conducted by Deputy Commissioner of Police (northwest) Vijayanta Arya and additional DCP and ACP of the district.

DCP Arya has suspended Assistant Sub-inspector Sanjay Malik and Devendra and constable Pushpendra in connection with the case.

However, the police have blamed the auto driver for the incident, saying he attacked a police officer with a sword and injured another with the vehicle.

@HMOIndia auto driver attacks with sword the policemen trying to overpower him ! This time no fault of Delhi Police pic.twitter.com/xNGK8SguBk

"The alleged incident was followed by an accident caused by a Gramin Sewa tempo to a police vehicle. Thereafter, a police officer was also assaulted on the head by the tempo driver with a sword," a police communique said.

It said, "Further, the tempo was driven dangerously and caused injuries to a policeman in the leg."

The police said that matter was being personally enquired into by Additional DCP and prompt action will be taken.

A protest was organised after the alleged incident in Mukherjee Nagar and GT Ring Road was blocked in the driver's support.

He said, "Policemen stopped the auto driver and pointed a pistol at him, he was later dragged out of the vehicle and brutally thrashed."

"The accused policemen should be dismissed and the case should be registered against them. We will continue our protest till our demands are not fulfilled," he said.