AICTE said students opting for streams like Biotechnology, Textile or Agriculture Engineering will have an option to not study these subjects in class 12. 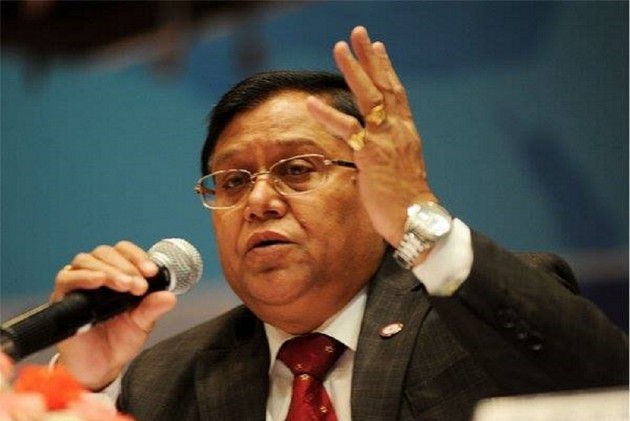 While talking about the AICTE's decision not to make Mathematics and Physics mandatory for students who want to enrol for engineering courses, Niti Aayog member V K Saraswat remarked that the move will be  "disastrous" and further "deteriorate" the standard of education.

Both these subjects are the major building blocks for any engineering education, he added.

"Even engineering disciplines like biomedical engineering and biotechnology also need knowledge of Maths and Physics. In the name of flexibility to reduce the standards of students entering the engineering field would be disastrous because then the students will not be able to pick up the basic engineering education," the senior scientist told PTI.

The AICTE last week said Physics, Chemistry and Maths will continue to be important subjects in engineering courses and it is not mandatory for state governments or institutions to offer these courses to students who have not studied them in class 12.

It said students opting for streams like Biotechnology, Textile or Agriculture Engineering will have an option to not study these subjects in class 12.

"The decision taken by the AICTE will further deteriorate the standards of education," Saraswat, who is a Member (Science) in the Niti Aayog, said.

Earlier, he was also the Chairman of the Defence Research Development Organisation (DRDO).

"Decision to make Physics and Maths education not essential for entrance in engineering streams will very adversely impact the already dwindling standards of engineering education in the country. Need for a rethink and due diligence at wider platform @AICTE_INDIA @PMOIndia @MHRD," Saraswat had earlier tweeted.

He said that he has conveyed his concerns to Principal Scientific Advisor K VijayRaghavan.

The AICTE's move met with criticism from several quarters.

In response, AICTE chairperson Anil Sahasrabudhe said it was in receipt of many representations from the industry as well as student community to give an option to pursue technical courses such as Agriculture, Biotechnology, Information Technology, Electronics to students who did not have prior electives of Physics and Maths at class-level but had studied relevant portions of the same to a certain desired extent.

Considering the need to develop a multi-disciplinary outlook amongst the students, it was imperative to redefine the entry barriers for pursuing higher education in the domains of Engineering and Technology, he said.

"This is totally in line with the philosophy of the new National Education Policy (NEP) in terms of flexibility and multi-disciplinary courses, innovation.

"Hence, the Council reiterates and hereby also places on record that it has neither diluted nor removed the elementary subjects of Mathematics, Physics or Chemistry for pursuing the technical programmes under Engineering and Technology domain, which inter-alia shall continue to be academically delivered while undergoing the curriculum," he said.

Sahasrabudhe was also imperative to mention that it is an option given by the Council, which is not binding on the states or universities, and for various entrance exams such as Joint Entrance Examination, CET, the All India Council for Technical Education (AICTE) said.

He added that they may continue to hold the entrance exams in Physics, Chemistry and Maths as is being done now and gradually decide to conduct the exam in other subjects later after discussing and taking decisions in the university senates, academic councils and state-level committees.