Uttar Pradesh: 12 Killed, Over 45 Injured As Truck Falls Into Gorge 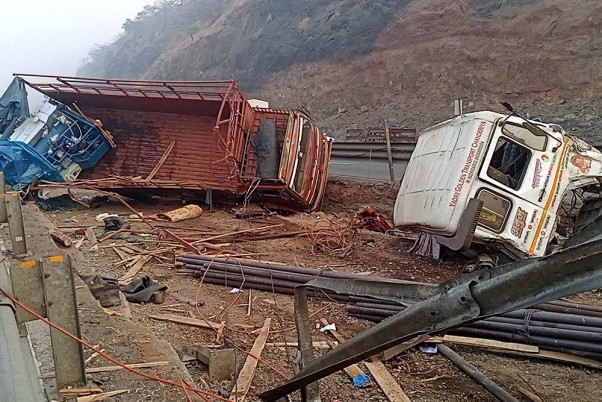 As many as twelve people were killed and were  45 were injured as the truck on which they were travelling fell into the gorge.

They all were going to a temple in the district when the accident took place on the Udi-Chakar Nagar road.

"The incident took place in the Barhpura police station area after the driver of the vehicle lost control over it," Additional Superintendent of Police (City) Prashant Kumar Prasad told PTI.

While two others, including a woman, succumbed to their injuries at the hospital, he said.

“All deceased are from Agra district. Apart from this, 13 seriously injured people have been shifted to the PGI, Saifai, for treatment. Thirty-two injured people are undergoing treatment at the district hospital," Tomar added.

"The truck was going from Agra to a Kalika Devi temple located in the Lakhna area of Etawah to offer a flag when the driver of the truck lost control over it and it fell into a 30-foot-deep gorge," Singh said, adding that 10 people died on the spot.

He said the injured included 13 women and an equal number of children.  Meanwhile, Uttar Pradesh Chief Minister Yogi Adityanath expressed grief over the loss of lives in the accident.

He instructed officials to pay a financial assistance of Rs 2 lakh to the kin of each dead, the UP government said in a statement in Lucknow.

Gulab Singh and the 75-year-old woman succumbed to their injuries at the hospital, he said.