In the absence of emergency service in the ambulances, the US-based group of Kashmiri doctors have launched a programme to provide fully-equipped ambulances with paramedics and junior doctors on board.

As the number of road-related deaths and injuries shows a rise in Jammu and Kashmir, the absence of pre-hospital care makes it difficult most of the times to provide timely treatment to the patients. As a result, several lives are lost almost on a daily basis.

To save such lives, a group of Kashmiri doctors, Kashmer, based in the United States, in collaboration with the state government and few NGOs, have launched a programme to provide ambulances to ferry the injured to the two premier hospitals in Srinagar. The doctors said these ambulances, aimed at reducing the pre-hospital mortality rate, will be equipped with pre-hospital emergency care.

A study conducted by the Indian Council of Medical Research (ICMR) in 2017 stated that Kashmir has highest number of deaths and disabilities caused by road accidents. The study had examined cases from the year 1996 to 2016. In 2018, at least 908 people were killed in 5,529 road accidents across the state. On average, 15 road accidents occur every day. Most of the wounded die en route to the hospitals in ill-equipped ambulances, in case they are available, the study noted. 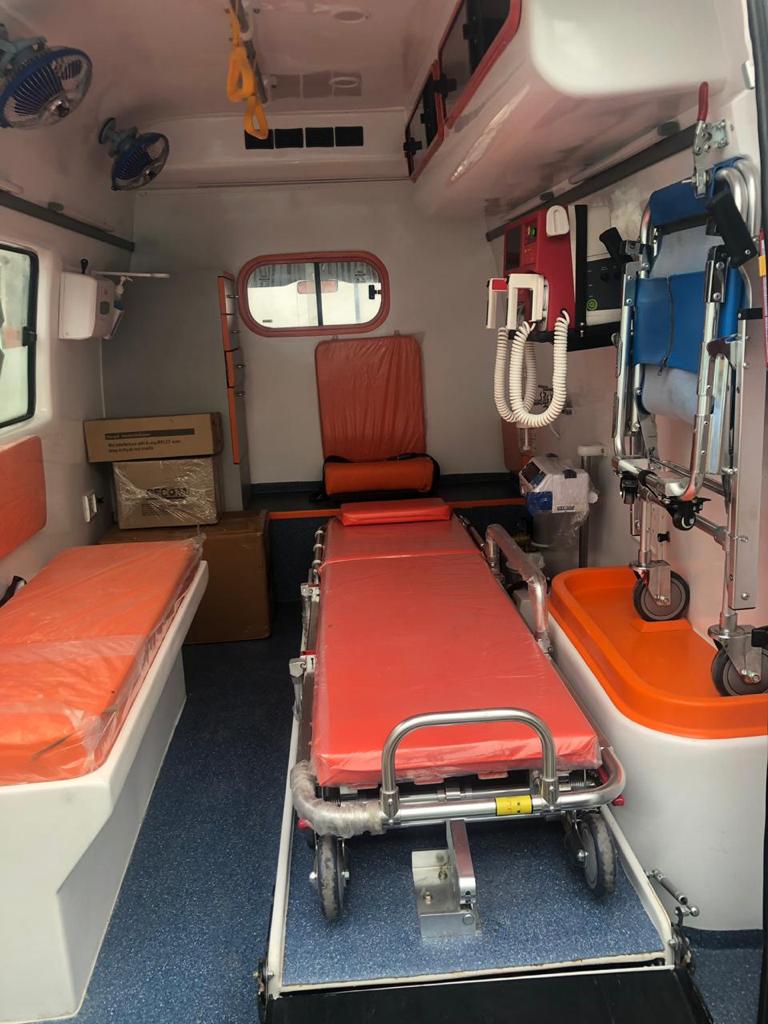 To ensure that the injured get the Emergency Medical Response Services (EMRS), that primarily comprise of pre-hospital emergency care, the US-based Kashmiri doctors are all set to start the emergency services, named '911 Project'.

In a tie-up with SAVE Hearts Initiative along with local partner HELP Foundation, the doctors said that fully-equipped ambulances would be devoted to transport patients to SMHS or SKIMS hospitals in the capital city in a timely manner with EMRS en route.

“This service is set to start by the end of July 2019. We are starting it as a pilot project in the Srinagar city. The ambulances will have paramedics and junior doctors on-board to provide pre-hospital emergency care and transport the patients to the nearest available emergency room,” Dr. Nahida Nazir, who chairs the healthcare committee of Kashmer, said.

Kashmer is a member-based organisation of Kashmiri origin physicians and allied healthcare personnel in North America.

“The vision is to provide a platform to these professionals to network, educate, mentor and mainly to give back to their native land, especially the healthcare sector,” said Dr. Nahida.

As of now, Dr. Nahida said, there is no robust EMRS available in the Valley. “Ambulances largely function as transportation vehicles without any necessary medical equipment or trained paramedical staff. In the absence of emergency care, pre-hospital mortality rates have gone up drastically. Our project aims to change the concept of ambulances in the Valley to 'lifesaving emergency medical transportation'. We are keen on having an evidence-based EMS, driven by technology and trained personnel with universal access,” Dr. Nahida said.

“Pilot EMRS project will be initiated in Srinagar's Old City to gain experience and gauge the popular response. These services will be extended to the entire Srinagar district in phases,” she added.

The issue of lack of ambulances and the emergency services was recently flagged by National Conference leader Tanvir Sadiq when he witnessed a child being dragged by a horse in north Kashmir's Gulmarg.

“I witnessed a heart-wrenching incident at Gulmarg. A child, whose foot was trapped in the stirrup of a horse, was dragged by it. So traumatic and violent was the tossing of the boy’s body that the little angel is fighting for his life on a ventilator now,” Sadiq wrote.

“Is there any good Samaritan - any NGO, anyone anywhere who can donate a Critical Care Super Specialty Ambulance to Gulmarg. If nothing, you’ll save many lives,” Sadiq had said.

The Kashmer group aims to provide emergency care in such cases and save lives.