UP Cop Tells Meerut Locals To Go To Pakistan, Caught On Camera

Another policeman is heard telling the two men: 'It will take us a second to burn it all down.' 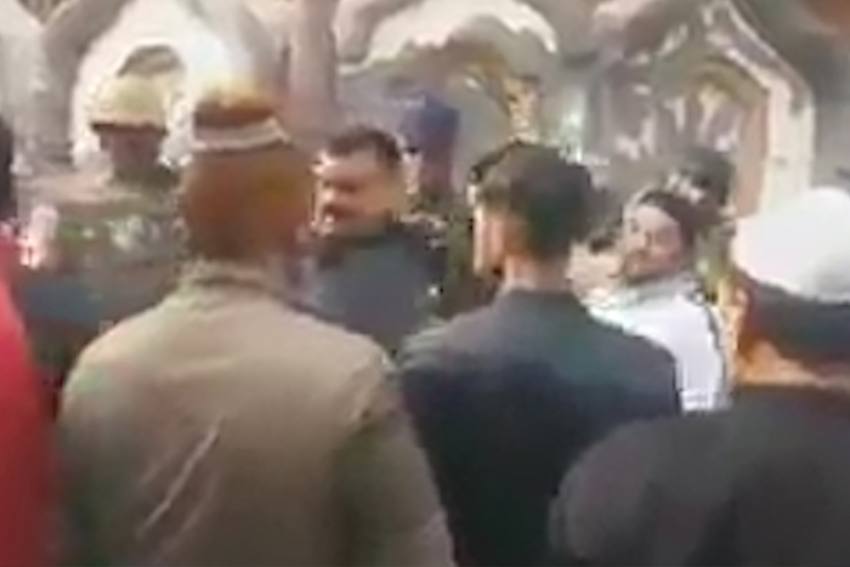 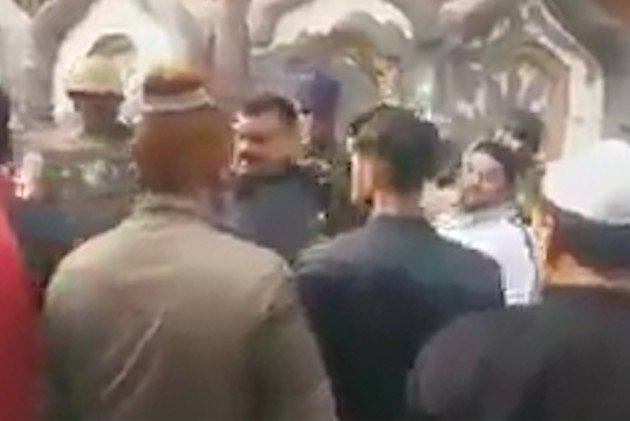 In Uttar Pradesh's Meerut, which has witnessed the highest number of killings during anti-Citizenship Amendment Act protests, a police officer has been caught on camera asking a group of local Muslims to go to Pakistan.

In the video, Singh, wearing riot gear, is heard telling two civilians, who stand near a huge contingent of police in an alley, that he will set the lane right.

"Kaha Jaoge, Is Gali Ko Main Theek Karunga (Where will you go? I will set this lane right)," Singh tells the two men wearing skull caps.

Singh then yells at a group of youth at the far end of the alley, who are apparently engaged in a pitched battle with the security forces. The top cop does not stop there.

When the men, with whom he is engaged in a conversation, tell him they were offering prayers, Singh tells them: "Ye jo kaali patti aur neeli patti baandh rahe ho, unko keh do Pakistan chale jaayein (Those of you wearing black and blue bands, tell them to go to Pakistan)."

Then another policeman, standing nearby, joins in and says: "It will take us a second to burn it all down (Is Sab Ko Kaala karne mai ek second lagega, bs)."

Singh is further heard telling the civilians that if they don't want to stay in India, they can leave. "Desh main agar nahin rehne ka man hai to chale jao bhaiya (If you don't want to live here, then leave)," he tells them.

To all these remarks, the two men standing there respond with "you are right" and an affirmative nod.

When Singh and other policemen leave the spot, he turns back, infuriated and yells at them again and says: "I will send every man from every house to jail."

According to PTI news agency, Singh claimed that he had made the statement to a group of people who were raising slogans in the support of Pakistan.

"I advised them to go to the place in support of which they were raising slogans," he said.

ADG Meerut Zone Prashant Kumar said the incident occurred on December 20 following protests in the city. Some people there were raising slogans in support of Pakistan and were distributing objectionable pamphlets in support of the Popular Front of India (PFI) and the Social Democratic Party of India (SBPI), he said.

After receiving information about it, SP City and DM City went to the spot and told the people that they can leave if they want to, Kumar said.

He termed the video was part of a conspiracy as it was being circulated a week after the incident when the situation was peaceful in the area.

Samajwadi Party MLA Rafiq Ansari hit out at the top officer, saying he should exercise restraint and not make unconstitutional remarks. The people he was talking about were also the residents of India, he said.

Five people were killed in violence in the city during protests against the amended citizenship act. Protestoes had set over two dozen police vehicles on fire and pelted stones.

On 135th Foundation Day, Congress To Hold 'Save Constitution-Save India' Rallies Across India