The video which has gained traction on social media shows two uniformed policemen brutally beating up the man in broad daylight as bystanders watch helplessly. 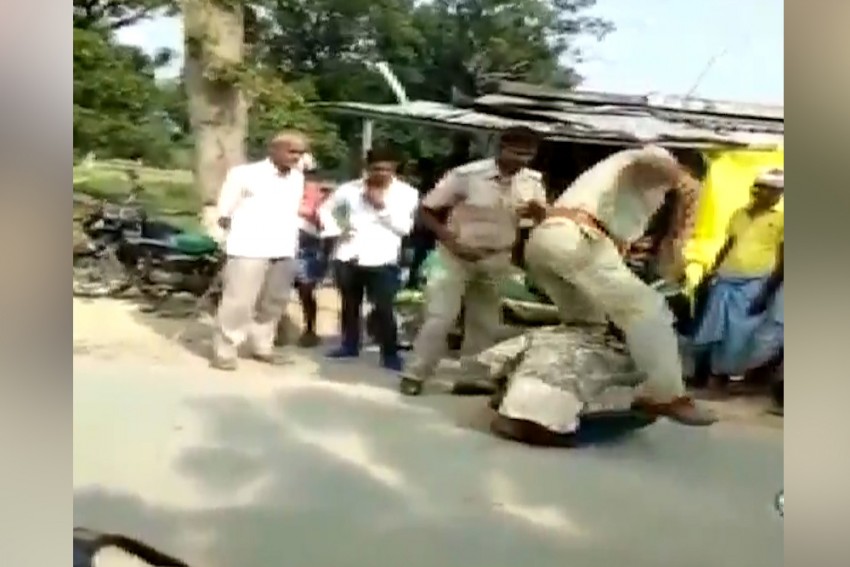 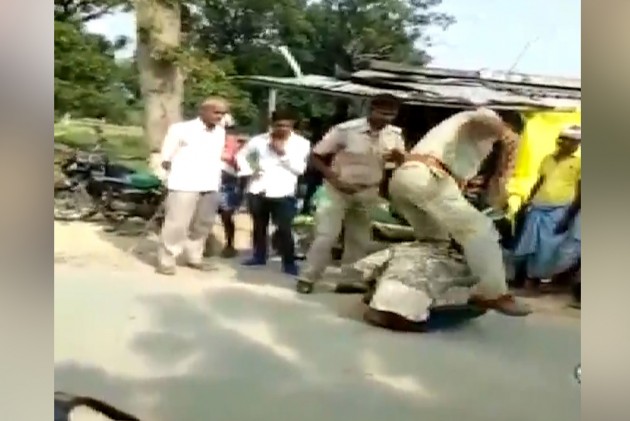 The video which has gained traction on social media shows two uniformed policemen brutally beating up Rinku Pandey and verbally abusing him in broad daylight in the middle of a street as bystanders watch helplessly.

One of the policemen even sits on him, pinning him to the ground. They also can be seen to be pulling his hair and dragging him on the ground while also slapping him.

In the footage, a little boy, accompanying Pandey, also stands aside and silently watches the assault, terrified.

Sub-inspector Virendra Mishra and head constable Mahendra Prasad have been subsequently suspended by the UP Police while a probe into the incident has been ordered as well, NDTV reports.

The reason for the assault is not clear, however, the report says the youth was beaten up over a traffic violation.

According to the report, Pandey was riding a motorcycle when the police stopped him to check his papers. He subsequently got into an argument with them that resulted in the incident.

"If it is my fault, you can lock me up in jail," the man tells the policemen in Hindi. The child can be seen walking up to him and giving him something, NDTV reports.

Towards the end of the video, the man refuses to give the key of his motorcycle as the policemen try to snatch it from him. "Tell me, what is my fault?" he asks them.