While the UP DGP O.P. Singh maintains that 'not a single bullet was fired' during the unrest, the Bijnor police for the first time has admitted to having opened fire in self-defence during the protests. 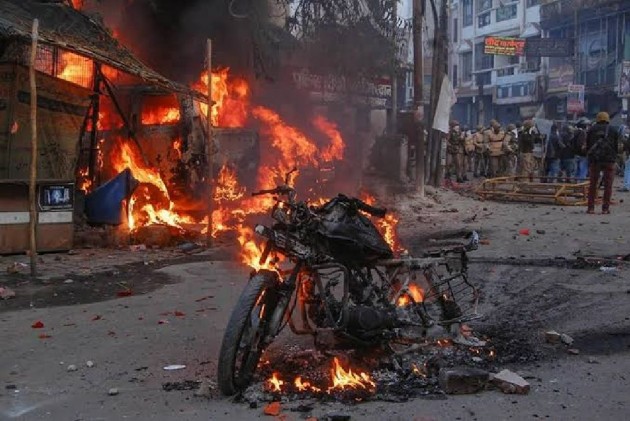 An IAS aspirant was among those killed in the anti-CAA protest that claimed two lives in last week's violence in Uttar Pradesh.

While the UP DGP O.P. Singh maintains that 'not a single bullet was fired' during the unrest, the Bijnor police for the first time has admitted to having opened fire in self-defence during the protests.

Bijnor was among the Uttar Pradesh districts where violence broke out on Friday over the Citizenship (Amendment) Act.

Bijnor Superintendent of Police Sanjeev Tyagi told a news channel, "When one of our constables moved ahead to take back the gun that was snatched away by the protesters, a member of the crowd opened fire at him. He had a narrow escape. In retaliatory and self-defence firing, one person was shot at. His friends had taken him away. His name is Suleman and he died. One more protester, Anis, died in firing from the crowd."

Suleman, 20, was preparing for his civil services entrance exam and that he had nothing to do with the protests.

"My brother had gone to offer namaaz. He was returning home after the namaaz to eat something. He had fever for the last couple of days. He did not go to the mosque near our home. He went to another mosque. When he stepped out, there was lathi-charge and tear-gassing by the police. The police picked him up and shot at him," said Suleman's brother Shoaib Malik.

Congress General Secretary Priyanka Gandhi Vadra had visited Bijnor on Sunday and had met the families of Suleman and Anis.

The families claim the police intimidated them after the incident and warned them not to speak to anyone about the incident.

Eighteen people have died in the state, many of them from bullet injuries, but the state police has maintained that it has not fired a single bullet at protesters anywhere.

The Citizenship (Amendment) Act, for the first time, makes religion the test of citizenship in India. The government says it will help minorities from three Muslim-dominated countries to get citizenship if they come to India because of religious persecution.