On Wednesday, Guterres emphasised that 'dialogue' between India and Pakistan is an 'absolute essential element' for reaching a solution on the Kashmir issue 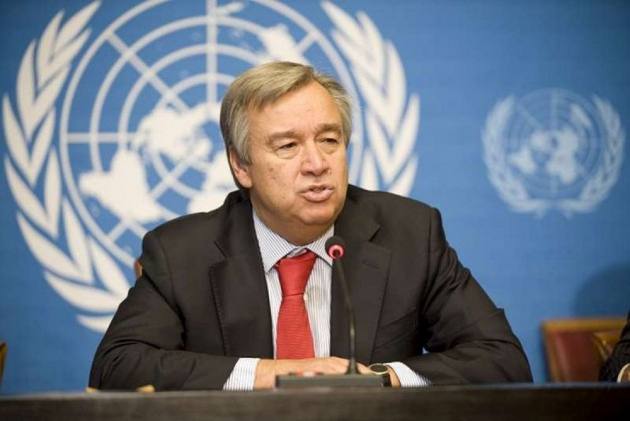 UN Secretary-General Antonio Guterres is likely to raise the Kashmir issue and the human rights situation in the Valley during discussions at the high-level UN General Assembly session that begins here next week, his spokesperson has said.

The Secretary-General's Spokesperson Stephane Dujarric during the daily press briefing here on Thursday said the UN chief has underscored the need for dialogue as the only way to resolve the issue and, “as part of the solution for the current crisis in Kashmir, to make sure that human rights aspects are very much dealt with, as well.”

"…On Kashmir, the Secretary-General… has said previously, he remains engaged. I think he will also use the opportunity of discussions during the General Assembly to raise it,” Dujarric said, responding to a question on the situation in Kashmir.

On Wednesday, Guterres emphasised that “dialogue” between India and Pakistan is an “absolute essential element” for reaching a solution on the Kashmir issue, and said his good offices are available should both sides ask for it and called for full respect of human rights.

“Well, our capacity is related to good offices, and good offices can only be implemented when the parties accept it. And, on the other hand, it relates to advocacy, and the advocacy was expressed and will be maintained,” Guterres said during his press conference ahead of the UN General Assembly session.

Guterres was asked by a Pakistani journalist about the situation in Jammu and Kashmir and what will he do to bring a solution to the Kashmir issue.

India has always maintained that Jammu and Kashmir is its integral part and ruled out any third party mediation, including either from the UN or the US, saying it is a bilateral issue with Pakistan.

The UN Secretary-General has also repeatedly asserted that his good offices are available only if both sides ask for it.

The tension between India and Pakistan escalated after New Delhi revoked Jammu and Kashmir's special status on August 5. Pakistan has downgraded diplomatic ties with New Delhi and expelled the Indian High Commissioner.

Pakistan has been trying to internationalise the Kashmir issue but India has asserted that the abrogation of Article 370 was its "internal matter".