This is not the first time that India’s Covid-19 data has been questioned. 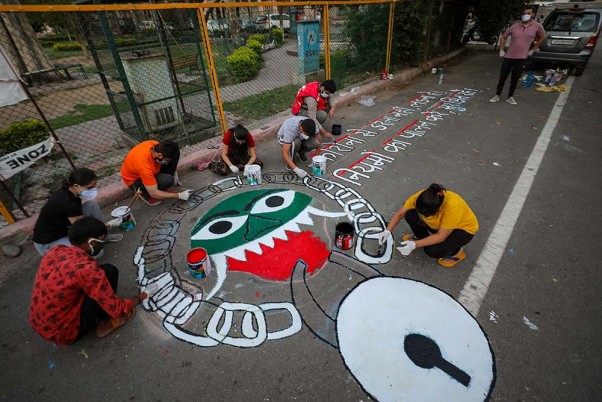 Is India underreporting its Covid-19 casualties? A political slugfest has broken out over this question with the media reports suggesting that both the number of coronavirus infection cases and the deaths due to it are far higher than the official figures being released by the government.

A report in the New York Times has suggested that India’s actual Covid toll is much higher than what is being reported. Quoting a number of renowned public health experts and epidemiologists, the report surmises that the casualty figures range somewhere between twice the number of what India is reporting and 14 times in the worst case scenario. This would mean, the actual Covid deaths are between six lakh to 42 lakh. India has reported just over three lakh Covid deaths.

Congress leaders Rahul Gandhi and Priyanka Gandhi Vadra promptly tweeted the NYT figures, questioning the Indian government. While Rahul Gandhi was succinct -- “Numbers don’t lie... GOI does” -- his sister Priyanka tweeted, “We will never know the true number of COVID related deaths as the government has worked harder on suppressing this data than they did fighting the pandemic.”

Covid Second Wave: Millions Of People In Rural India Left To Fend For Themselves

Adroit at the social media game, the BJP was quick to react. Health minister Harsh Vardhan, who has lately been quite aggressive in his retorts, responded by calling the Congress leaders “vultures” who were doing “politics on corpses”.

This is not the first time that India’s Covid-19 data has been questioned. From the number of people who have been tested, infected and succumbed to the virus – all figures have time and again been questioned, both by foreign and Indian media organisations.

A number of media organisations have been reporting from across the country, with anecdotal evidence, that the number of funerals and cremations are considerably higher than the figures given out by the respective states, consequently impacting the national figure. Trying to get mileage out of it, political parties have been jumping in at the level of states too, questioning the ruling government.

Congress has earlier accused the BJP governments in Gujarat, Madhya Pradesh and Uttar Pradesh of fudging the number of Covid casualties. BJP leaders have done the same for Opposition-run states. BJP leader Devendra Fadnavis charged the Uddhav Thackeray government in Maharashtra of window-dressing the numbers by showing Covid deaths as “deaths due to other reasons” and trying to show less infections by reduced testing.