The case pertains to that of a leaked sex tape that purportedly showed BJP MLA Ramesh Jarkiholi in a compromising position with a woman, who has claimed that she was exploited by the former 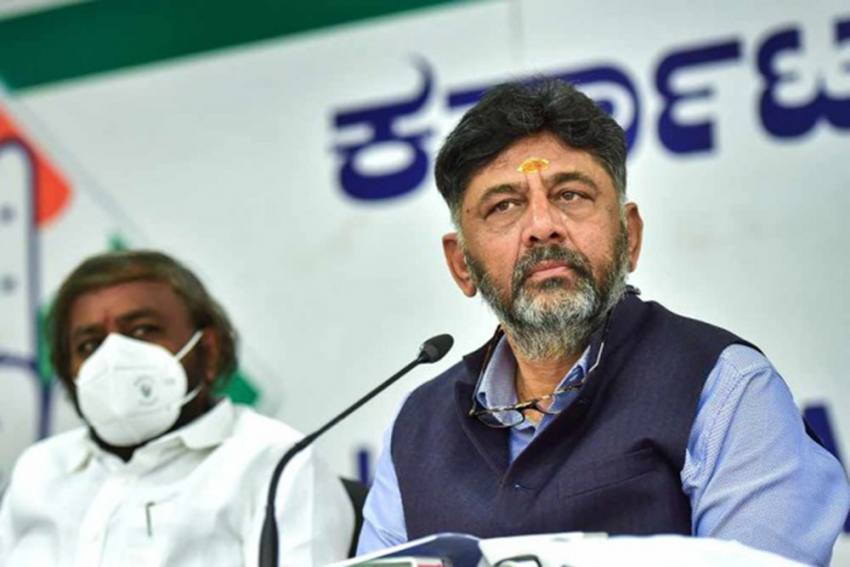 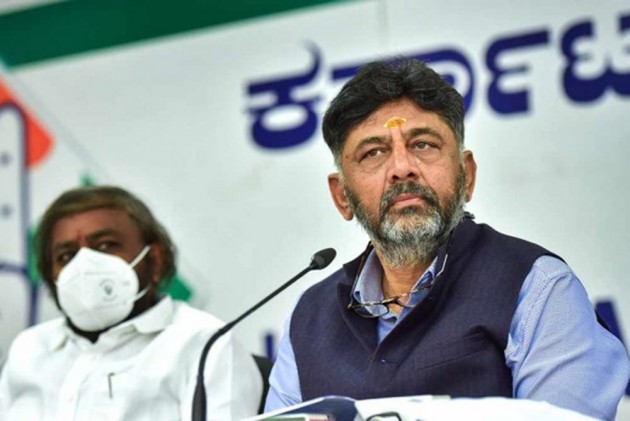 The sex scandal that rocked the Karnataka Assembly the past month, took a new twist late on Saturday, with the parents of the woman in the sleaze video allegedly involving BJP MLA Ramesh Jarkiholi, now blaming Congress leader D K Shivakumar and accusing him of playing “dirty politics”.

The development comes just days after the woman, who had featured in a sex tape, purportedly showing her in a compromising position with Jarkiholi, sought police protection and said that she feared for her life.

Jarkiholi too, who has been hinting about the involvement of a "Mahan Nayaka" (great leader) behind the video clip and its leak, named Shivakumar for the first time as he flayed him for indulging in such a "filthy conspiracy". He also announced a political and legal battle against him.

Shivakumar on his part, however, said, he has nothing to do with the case as he has never met the woman, and let the investigation happen.

However, following the developments, the woman released a video statement, her fifth, and claimed her parents were speaking under the influence of someone and after seeing all this, she was scared to appear before the SIT to give her statement.

She also sought help from Chief Minister Yediyurappa, Home Minister Basavaraj Bommai, Leader of Opposition Siddaramaiah and Shivakumar to give her statement about the injustice done to her before a judge.

The woman's parents and brothers on Saturday appeared before the Special Investigation Team which is probing the scandal. They were subjected to almost six hours of questioning on their complaint of kidnap and the woman's video clip.

"..we have evidence, we have spoken to officials (SIT) and have given it to them, we will give it to you (media) as well. My daughter is an example of politics being played using a Schedule Tribe (ST) woman," the woman's father told reporters after appearing before the SIT.

"If anything happens to our family, D K Shivakumar is responsible for it," he said.

"I'm an ex-soldier, I have guarded the country, can't I guard my daughter..for your dirty politics why are you using a woman for all these things. Send her back to us," he said.

Also stating that the family was under no pressure and because of their current state of mind, they are put up at a relative's house, he dismissed concerns expressed by his daughter about their safety, and asked her to return to them.

"What protection will you get from them that you can't get from me, I have guarded the country, I'm your father, I'm here to protect you…come to us, we don't want such politics," he told his daughter through the media.

The woman's brother too alleged Shivakumar was behind all this and he has evidence for it.

"My sister has been used to making such videos.D K Shivakumar has done it,I have evidence and will share it..," he said.

Stating that his sister used to say it was not her in the video and someone has morphed and edited the clip, he claimed when he asked her (on March 2) to return, she said she was going to D K Shivakumar's house.

"She also said D K Shivakumar is giving her money and sending her to Goa. She said she was asked to follow what he says..," he said, quoting his sister. He also said for the last 20 days, there has been no contact with her.

In an audio clip that surfaced later, reportedly shared by the family, the woman can be purportedly heard telling her brother that she has been asked by Shivakumar not to go to her native place and follow his instruction, and nothing will happen to her.

As her brother warns that she will be deserted later on, the woman can be heard purportedly saying, it won't happen as Shivakumar himself was sending her outside and has given her the money.

Clarifying that nobody had threatened them, the family requested the police and media to help them in getting back their daughter.

Hours after police registered an FIR against Jarkiholi for sexual abuse based on the woman's complaint on Friday, the first purported unauthenticated recording of a telephonic conversation between her and family members had surfaced in which she can be allegedly heard talking about going to Shivakumar's house to meet him.

Jarkiholi, who spoke to the media minutes after statements from the woman's parents, said he will be fighting Shivakumar both legally and politically.

"...I'm ready to join hands with Kumaraswamy (of JDS) or anyone against him. I will not contest from Gokak, will make my brother to contest from there and work to defeat Shivakumar," he said.

Jarkiholi also claimed he has some evidence and will hand them over to the SIT.

Hitting out at Shivakumar, the Gokak MLA alleged he was unfit for politics and appealed to all political party leaders including the Congress to retire him politically.

"...such conspiracies should not be hatched. There is no pardon for him", he said and pointed out the family's statement has proved him innocent.

Dismissing the allegations,Shivakumar said Jarkiholi was speaking out of frustration and that he cannot respond to whatever someone speaks, and he has nothing to do with it.

"He (Jarkiholi) is in frustration, may have some problem, so he is speaking...I cannot answer whatever he speaks. There is law, there are officials, let the investigation happen. I have nothing to do with it," he said.

The congress leader said government should investigate and punish the guilty.

On a parent's allegation about him playing politics using their daughter, he said, "I don't need it, I don't know. I have not met her (woman), no one has come to me..."

Shivakumar earlier in the day too had clarified that he had never met the woman.

The woman in a video statement released earlier in the day, her fourth, had sought protection for her family.

A day after news channels aired videos of the alleged sex scandal, Jarkiholi, who was Water Resources Minister in Chief Minister B S Yediyurappa-led cabinet, had resigned on March 3.

Jarkiholi has repeatedly claimed that he was innocent and that the video was "fake".