The video of the incident has gone viral on social media, with several users appreciating the reporter's questioning and unputdownable attitude. 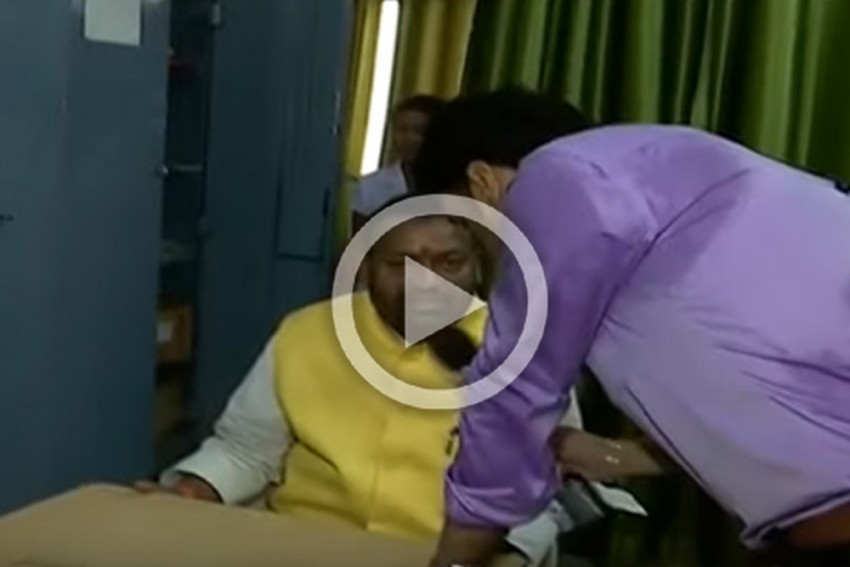 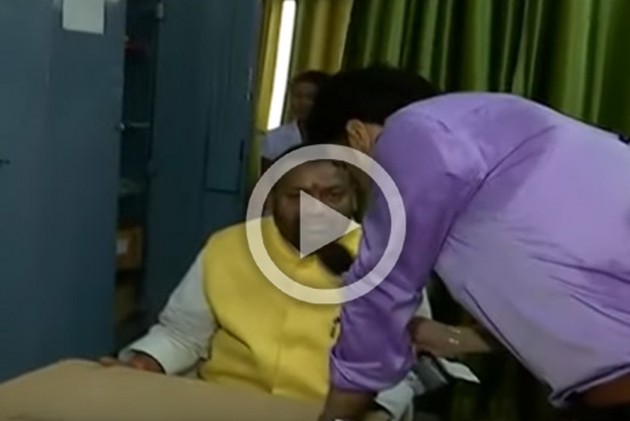 A self-claimed BJP leader entered an Intensive Care Unit (ICU) inside a hospital in Bihar wearing his shoes in where Union Health Minister was visiting when he was confronted by an unrelenting television reporter, who grilled the leader as to how he was permitted inside the ICU when no one else was allowed.

The video of the incident has gone viral on social media, with several users appreciating the reporter's questioning and unputdownable attitude.

Harsh Vardhan was visiting the multi-speciality Sri Krishna Medical College and Hospital in Muzaffarpur where 100 children suffering from Acute Encephalitis Syndrome have died, when the reporter, Rupesh Kumar of TV9,  found the leader comfortably sitting inside an ICU, wearing his shoes.

In the video, the self-claimed BJP leader can be seen seated on a chair, when the reporter begins grilling him.

The leader who refuses to reveal his name says he has come to visit a patient when the reporter retorts" Are you a doctor?". Upon further questioning by the fiery reporter the leader fumbles through answers before removing his shoes and wearing the slippers meant for the room.