Debbarma has leveled a series of allegations against Falerio, including mismanaging the party’s election fund for northeastern states, and blamed the senior leader for having 'destroyed the essence of the Congress in the Northeast.' 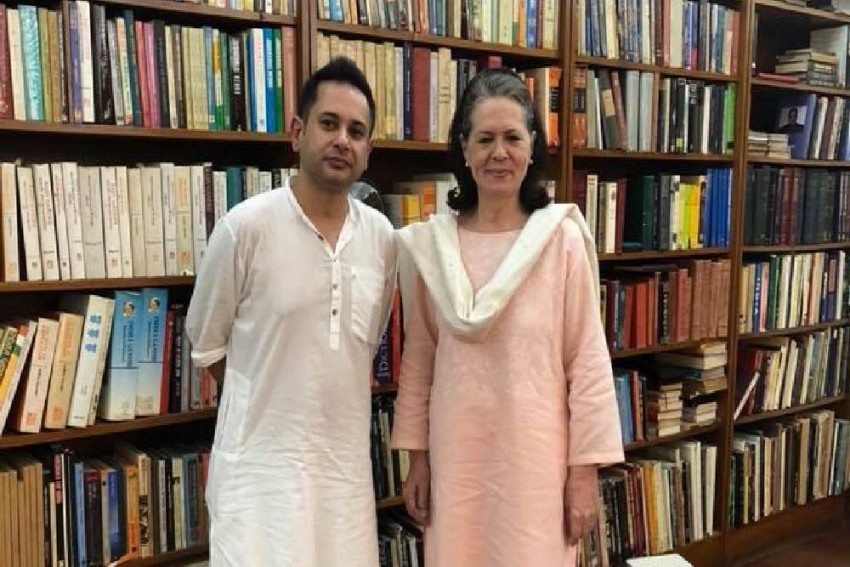 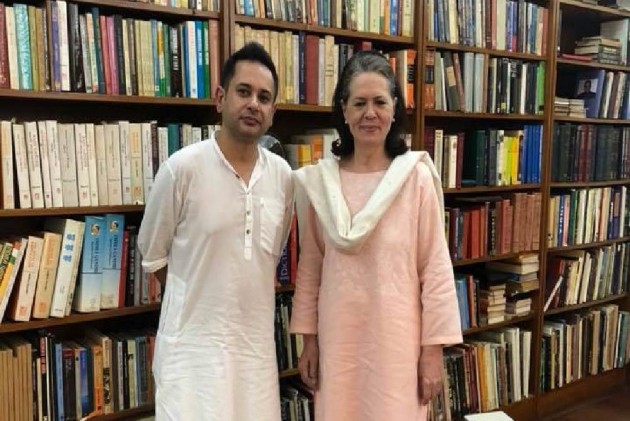 Days after he was directed by Congress general secretary in-charge of northeastern states, Luizinho Falerio, to withdraw his petition from the Supreme Court seeking an NRC for Tripura, Pradyot Debbarma, the Tripura Congress chief, resigned from the party on Tuesday.

Debbarma was one of only three state Congress presidents – the other two being the late Sheila Dikshit in Delhi and Ajoy Kumar in Jharkhand – under whose leadership the party saw a substantial increase in its vote share during the recent Lok Sabha polls even though the surge did not translate into victories. While Dikshit is no more, Kumar and Debbarma have now resigned from their positions.

In a no-holds-barred letter, a copy of which is there with Outlook, Debbarma has leveled a series of allegations against Falerio, including mismanaging the party’s election fund for northeastern states, and blamed the senior leader for having “destroyed the essence of the Congress in the Northeast.”

Debbarma, the heir to the erstwhile Manikya dynasty of Tripura, was appointed the party’s state unit chief two months ahead of the Lok Sabha polls. In his resignation letter, which has also been sent to interim Congress president Sonia Gandhi and party general secretary Priyanka Gandhi Vadra, Debbarma says he was aware that reviving the party would be an uphill battle but “having to endure constant jibes, humiliation and interference from your (Falerio’s) office while trying to build the Congress cadre made functioning as President next to impossible.”

The former PCC chief has also accused Falerio of repeatedly instructing him to “consult with members of the BJP, who till date continue to be MLA’s in the saffron party” while conducting the “day to day affairs” of the Congress in Tripura. Debbarma says he resisted the pressures from Falerio to induct those defecting from the BJP or even leaders who are “still members of the BJP” into the state Congress and award these defectors with high positions.

Debbarma has alleged that during the recent Lok Sabha and Sikkim assembly polls, Falerio, through election observers appointed by him for the northeastern states, misused funds that were allocated by the party’s central leadership for its candidates. “The misuse of funds through your observer Kipa Kaha in Sikkim elections is common knowledge, which has been duly reported to the Congress President and the Treasurer as well. The Sikkim PCC President Bharat Bassnet… pleaded with you during the elections about the lack of support because almost 60 percent of his allocated funds were never given to him… The person who was handling funds was appointed to simply be a front for you (Falerio)… This matter too has been reported in writing to the Congress President… This deep rooted corruption is one of the main reasons why the Grand Old Party is stagnating in the Northeast,” Debbarma says.

Outlook spoke to two Congress leaders from the northeastern states who, on the condition of anonymity, said Debbarma’s allegations against Falerio were “not unfounded”, adding the Congress high command “knew about these issues but refused to act”.

The damning allegations against Falerio don’t just end here. Debbarma claims the party general secretary made “repeated attempts to dislodge many leaders from the Northeast including the former Chief Minister of Meghalaya, Mukul Sangma, from the post of CLP leader. The same happened in the case of the Former PCC president of Manipur TN Haokip who was not even informed about his removal… The same happened when you replaced Birajit Sinha and appointed me. Birajit Sinha, a senior leader who was traveling with a delegation to meet Rahul Gandhi for the NECC meet at Guwahati, unceremoniously received the news through a SMS late in the night.”

Debbarma says that though he still holds Sonia, Rahul and Priyanka in high regard, the Congress high command must take equal responsibility for the deepening rot within the party’s northeastern units. “It is most unfortunate that I say this, but the Congress Party today is its own worst enemy... Many leaders in the AICC look at the North East as a cash cow. The AICC has destroyed the Northeast region with one incompetent General secretary after another. If we in the Northeast thought CP Joshi (who was appointed general secretary, north east, by Rahul Gandhi) was the reason we lost State after State, you will be known as the person who destroyed the essence of the Congress in the Northeast… there are people who are willing to take on the BJP but there are Trojan Horses like you who have weakened the party.”

Debbarma appealed to the party leadership “not to send people who have no understanding of the region” as in-charges to the northeastern states.

The allegations against Falerio and the party’s problems in the northeast, Debbarma says, were shared by him with Sonia Gandhi recently. “I spoke of the corruption, greed, lust and step-motherly treatment of our States. I was hoping that after my meeting with Madam Gandhi I would get support, but over the years, I have seen that Congress leadership is slow to action, which was true in my case as well,” he adds.

“Torn between loyalty to the Party and the duty to my people, I have chosen the latter. I love my people and my State and I cannot and will not compromise on my principles and my honesty. I never believed the day would come when I would even consider leaving the Party, a party nurtured by generations of my family and the Party I became a part of at a young age. However my years of working with my people has made me realise that there are something’s more important than politics and that is staying true to the aspirations and hopes of my people,” Debbarma said.