Home  »  Website  »  National  »  Tinkering With Article 35A Will Be Like Setting Powder Keg On Fire: Mehbooba Mufti

Tinkering With Article 35A Will Be Like Setting Powder Keg On Fire: Mehbooba Mufti

Addressing a function here to celebrate the Peoples Democratic Party's 20th raising day, Mufti asked her party workers to get ready for a big fight for the protection of Article 35A 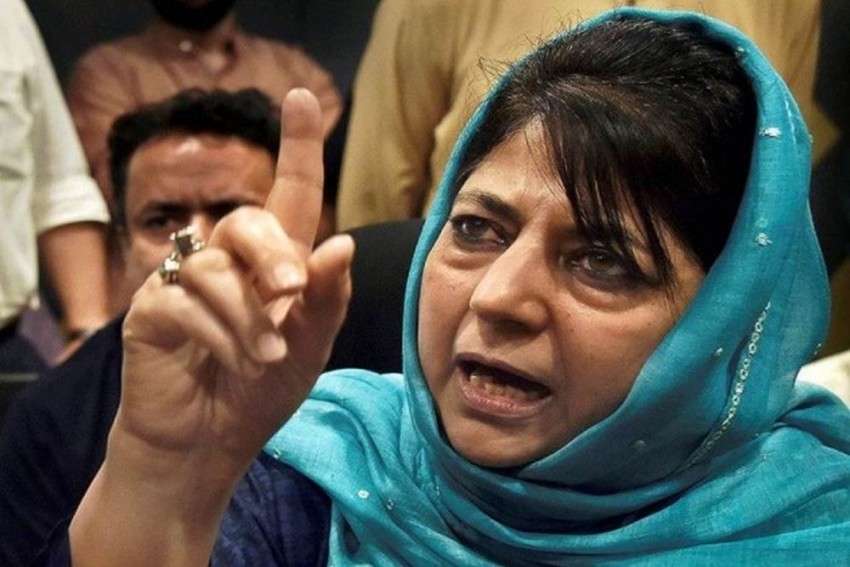 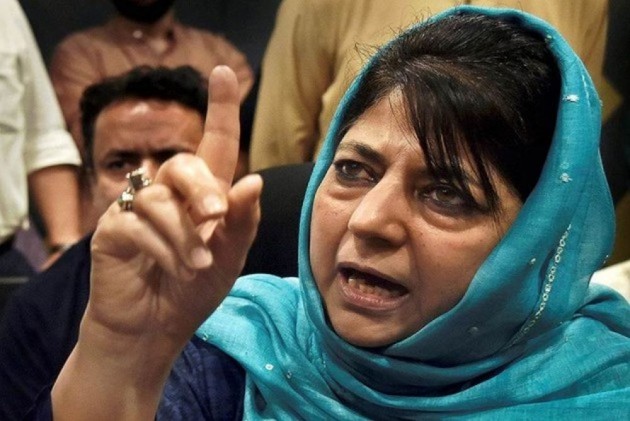 Former Jammu and Kashmir chief minister Mehbooba Mufti Sunday warned the Centre against revocation of Article 35-A of the Constitution, saying any tinkering with the state's special status or identity would be akin to setting a powder keg on fire.

Addressing a function here to celebrate the Peoples Democratic Party's 20th raising day, Mufti asked the party workers to get ready for a "big fight" for the protection of Article 35A, which gives special rights and privileges to the state's permanent residents.

"We want to tell the central government that tinkering with Article 35-A will be akin to setting a powder keg on fire. If any hand tries to touch Article 35-A, not only that hand, but that whole body will burn to ashes," Mufti said.

She said many attempts would be made to harass the PDP and its leaders as New Delhi knows that the PDP is the only party that stands like a wall to protect Jammu and Kashmir's special status and identity.

"They can even send Mehbooba Mufti behind the bars. But, do not get worried. PDP is the only party that can fight them as we do not have any baggage. Other parties also say the same thing, but they do not say so from the heart. It is written on our hearts that we have to take Jammu and Kashmir out of this morass.

"Be ready for the big fight. Elections come and go, power comes and goes. Mufti was not after the chair and I am his daughter. The real test is to save the special position of J-K and we will fight any such attempt till death and take J-K out of this morass," she said.

The former chief minister said in the current situation, the people of Jammu and Kashmir need the PDP more than ever.

"Today, everything is in danger. No one knows what is going to happen. Today, there is the need for the PDP more than it ever was for the people of J-K.

"We will not let the sacrifices of the people go waste. We cannot forget those sacrifices. Go to your places and visit the graveyards where martyrs, whatever name they have, are buried. Pray for them and promise them that PDP will stand like a wall for the protection of the state's special identity and for the resolution of Kashmir issue," she said.

Claiming the prevailing situation in the state was not good, she said attempts were being made to weaken the people of Kashmir politically and economically.

"The situation in J-K is not good. There is panic. Everything has been destroyed – J-K Bank has been and others as well. Attempts are being made to weaken Kashmiris politically as well as economically. We have to fight against this. No other party can stand up against this.

Jaipal Reddy: An Articulate Leader Who Never Compromised On Values