Without naming his rivals, PM Narendra Modi also targeted the "echo system" backing them, and said it has always been against the BJP. 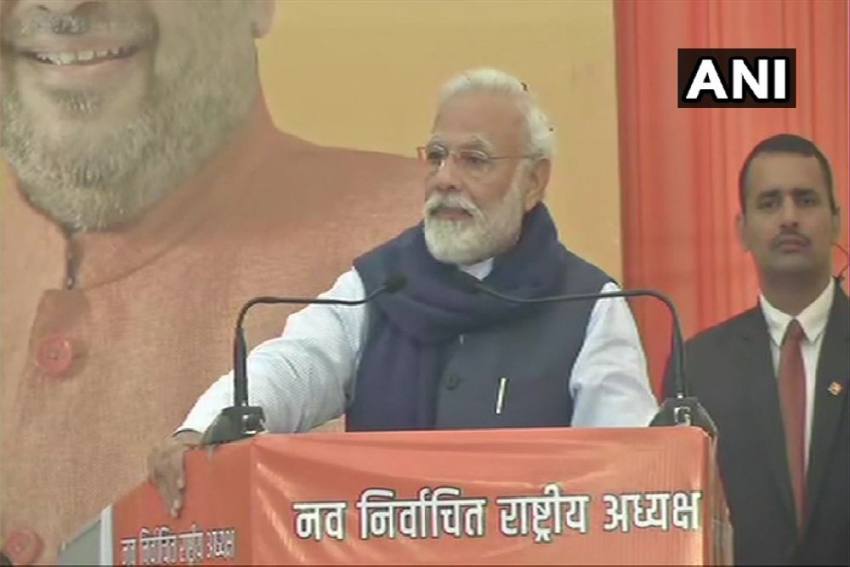 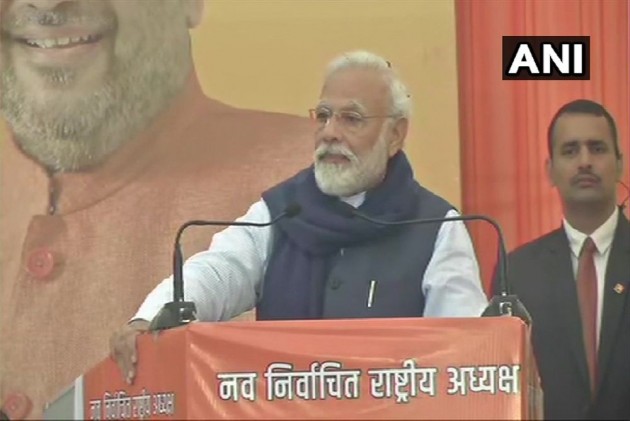 Prime Minister Narendra Modi on Monday lashed out at opposition parties, saying those rejected by people in elections were left with few weapons and hence spreading confusion and lies.

Without naming his rivals, Modi also targeted the "echo system" backing them, and said it has always been against the BJP.

Asserting that despite attempts by the Opposition to spread confusion and lies, people's faith in the BJP and his government have remained "unshaken", he said the party returned to power with a bigger mandate in the 2019 Lok Sabha polls despite its rivals fighting with their full strength.

He was addressing the BJP leaders and workers at a ceremony to felicitate newly elected party president J P Nadda.

Modi also said that he was sure that the party will scale newer heights during Nadda's presidency.

"I am confident that under Nadda's leadership, the party will go ahead by abiding its basic principles and ideologies. We will face more challenges than we faced as a political party in the opposition," he said.

The Prime Minister also praised Amit Shah for his contribution, describing him as an "outstanding karyakarta (worker)".