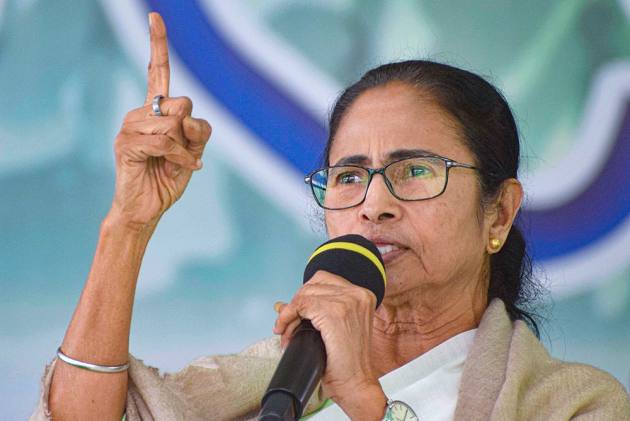 "I condemn those who raised 'Goli Maro...' slogan on Kolkata streets. Law will take its own course," she said.

"This is not Delhi. We will not tolerate such slogans in Kolkata," she added.

The Trinamool Congress supremo also hit out at the Central government and said that the BJP was trying to " implement Gujarat model of riots" across the country, including in West Bengal.

She termed the communal riots in the national capital "genocide" and said she was "deeply pained" by the killing of innocent people in the violence.

"I am deeply pained by the killing of innocent people in Delhi. I think it was a genocide... the violence in Delhi was state-sponsored," she said.

"Amit Shah should keep in mind that it is because of the CAA that so many people were killed in Delhi," added Banerjee, who has been heading anti-CAA protests in her state.

The BJP has drawn flak since Delhi Assembly Elections for use of the slogan at the party's meetings and rallies during poll campaign.

Junior Union minister Anurag Thakur was heard egging a crowd to chant the slogan that translates as "shoot the traitors of the nation."

The Election Commission imposed a campaign on Thakur following the incident.