The wheelchair-bound chief minister of West Bengal got a rousing welcome from the locals, as she pledged money and other freebies if her party returned to power 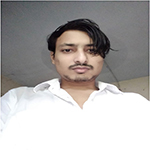 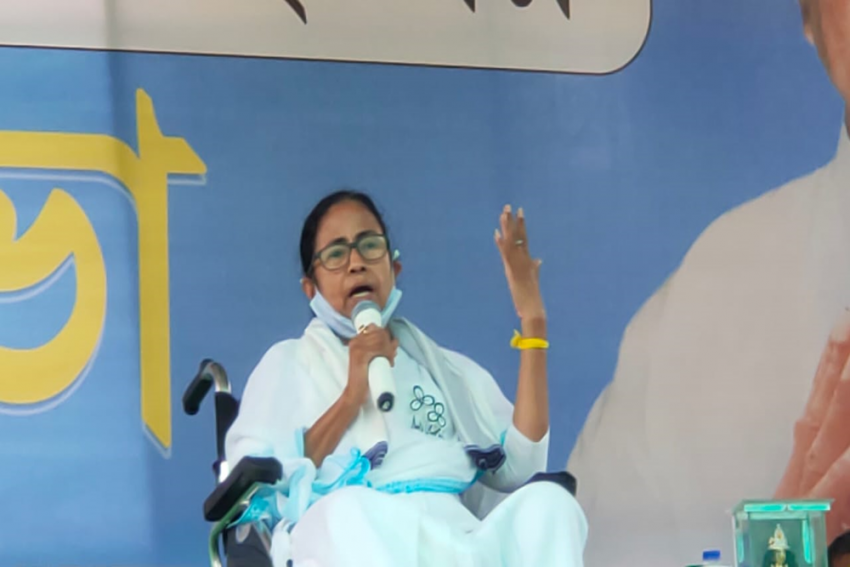 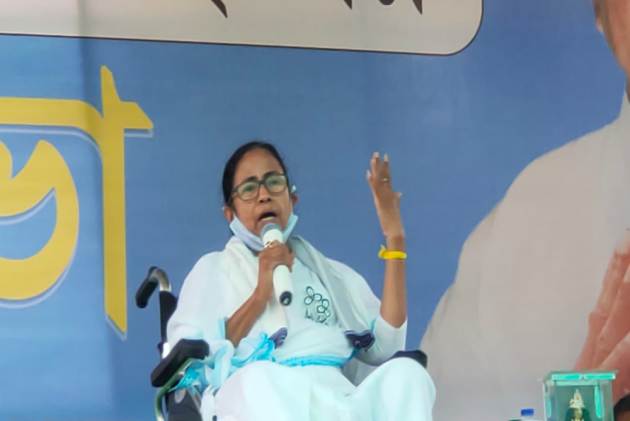 Thousands of people ranging from excited children to euphoric elderly women gravitated towards the smoke-white chopper of Chief Minister Mamata Banerjee of West Bengal as it hovering over Nabadwip, a small town in Nadia, familiar for its religious significance. As the chopper landed, the chorus of cacophonous party slogans reverberated through the town as a white wheelchair-bound Ms Banerjee went up on the stage to greet people for the Bengali New Year and Ramadan before delivering her speech.

Out of a total of 294 assembly seats in West Bengal, election in 45 seats spread across six districts including Nadia will start deciding their future on April 17. Nadia is also scheduled to vote in the sixth phase on May 22. Home Minister Amit Shah also held a roadshow today in Krishnagar, the district town of Nadia.

“To save the cultural identity of Nadia, we have announced this town Nabadwip as a Heritage town. 300 crores are allocated for developing this town Nabadwip, beautification of the Ganga riverside and other purposes. We have approved 700-acre land in Mayapur for a World Heritage Centre wherein a Helipad, tourist spot and pilgrimage will be set up,” Ms Banerjee began.

The firebrand TMC leader known for her defiant statements against the centre, said that CPI-M hasn’t done anything throughout their incumbency of 34 years, while her party has initiated 64-75 projects like Kanayshree, Rupashree, Sabujsathe for developing Bengal and her citizens. Nadia, situated in the Southern part of West Bengal, shares an International border with Bangladesh and is home to a large number of Bangladeshi migrants. SO it was no surprise that the chief minister stressed the Refugee Colony acts passed by her government. 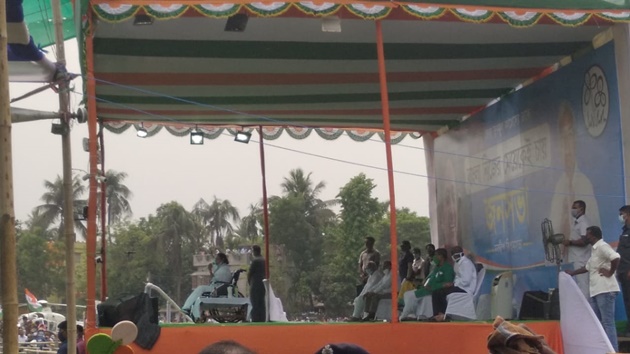 “Who is giving free bicycles? Who is offering free tabs to Class 12th standard students? Your food is free, education is free and medical treatment is free…We have done much more than we promised,” claimed Ms Banerjee.

“Dear mothers and sisters, I rely on you most," she went on, referring to the numerous women in-crowd. "Since last month, I have been suffering from a leg injury. 75 per cent of the injury got recovered. The women of Bengal are my strength. Mothers and sisters in Bengal don’t care about themselves. They spend all their savings on their family. They don’t keep anything for them. Women used to save money in the Lakshmi Jhanpi in earlier days. But Narendra Modi has snatched away that too in the name of notebandi (demonetization). " CM Banerjee has christened the initiative as Lakshmi Bhandar.

She said she is prepared to launch an initiative called Matri Bandana, under which self-help groups will be formed with nearly 10 lakh women citizens and Rs 25,000 in loans will be offered to them. About 30 per cent of the total loan amount will be subsidized and the rest repayable at a very low-interest rate. If she secures the third term, students too would get a credit card worth Rs 10 lakh, she pledged.

“This election is for ensuring the respects of mothers and sisters. This election is the fight for our respect and reputation. Don’t spoil your vote. If you do so, Amit Shah will send people to detention camps," she said. "We will never implement NRC here in Bengal...Delhi should listen to us. Delhi should not decide and dictate to us what to do... We will form the government and throw BJP out of Bengal. If they assume power, gas cylinder price will be hiked to Rs 5000.”

Alleging that Prime Minister Narendra was against free vaccinations against the Covid-19 virus, Ms Banerjee blamed him for not taking any credible action to curb the spread of the virus. “Outsiders coming in Bengal for BJP rallies and spreading covid19 virus,” she declared.

Citing an example from Assam, she appealed to everyone to vote to wear a mask and ensure everyone’s name was on the voter's list so that BJP can’t send anyone out from their homeland.

Speaking at the inaugural session today in Nabadwip, Lok Sabha MP and TMC leader Mahua Moitra said, “2011 election was important because we had to dethrone the CPIM, but 2021 election is all about fighting between fascism and non-fascism. Draped in a yellow saree with a green border, the charismatic leader known for her oratory, asserted, “If you are offered three bottles of Nimbu Pani, coca-cola and Pepsi, you can choose between any of them. But what if one of those bottles contains Phenyl?”

Referring to BJP as phenyl, she said, “We know where acids and phenyls are kept at our house. In the bathroom (toilet). We should maintain a safe distance from the BJP too like those bottles of acid and phenyl."

Chief Minister Banerjee announced that if her party returns to power, it would offer Rs. 1000 to women belonging to the Scheduled Castes and between 500 to 1000 to the women belonging to the general caste. The money will be transferred directly to their bank accounts. Before departing the town amidst crowds chanting her party’s catchphrase Khela Hobe, Banerjee threw a soccer ball into the crowd and urged them to catch it.

Banerjee is addressing three to four rallies every day in different parts of poll-bound Bengal.