Jagdish Nayar is trying to pacify a community that is aghast at him over his controversial remark against them. 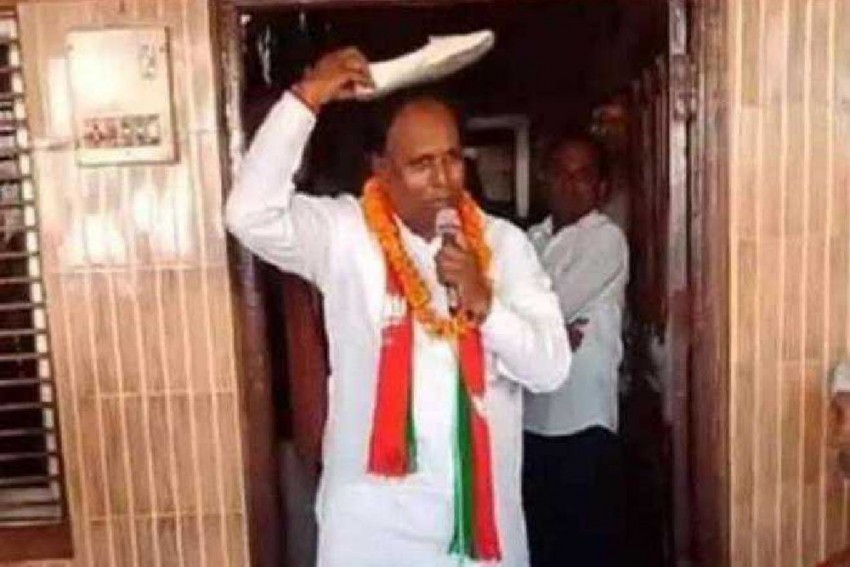 A picture of Jagdish Nayar with a show on his head.
IANS October 11, 2019 00:00 IST This BJP Candidate In Haryana Is Seeking Votes With A Shoe On His Head 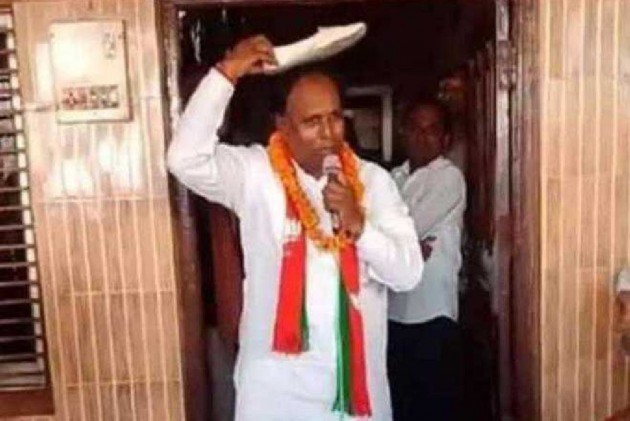 Jagdish Nayar, the BJP candidate from Hodal (reserved) constituency in Palwal district of Haryana, is seeking votes for the October 21 Assembly elections by placing a shoe on his head.

The reason: he is trying to pacify a community that is aghast at him over his controversial remark against them.

Nayar, however, denies that he ever used any derogatory remark against any community, mainly residing in Aurangabad village.

"I am trying to convince the voters that if I get elected I will serve them as a servant," he told the media.

Congress candidate Uday Bhan, who is seeking re-election, describes Nayar's action as drama aiming at grab attention. "He is facing stiff opposition for many reasons," he adds.

In the 2014 Assembly elections, all three seats in Palwal district, including Hodal, were won by parties other than the BJP.

Lack of facilities like electricity, water and roads, besides inadequate educational and health infrastructure are the most common reason for resentment in all the villages and towns.