The Nationalism Of Sheikh Abdullah And Separatism Of Ram Chandra Kak

The book has an interesting chapter on the theft of artefacts for the past 100 years and how it has been patronized and ignored by different governments.

These days Badam Wari (Badam-almond, Wari-garden) located in the heart of Srinagar city, is in full bloom. People are visiting the Badam Wari in large numbers. The government is organising music shows to portray normalcy that has returned to Kashmir for the first time in 70 years. On March 28, the show at Badam Wari, however, was disrupted by some youths who raised slogans. They have been arrested and booked by the police. Way back on March 26, 1940, in the same Badam Wari, a group of educated youth held a meeting and raised pro-Muslim Conference slogans and made speeches. And when they tried to move towards the National Conference office they were thrashed and their flag was taken away.

In the 1940s, Kashmir under Dogra rule was contesting place for different political ideologies. The events of 2021 reflect the continuity of this politics. Khalid Bashir Ahmad’s book, Kashmir Looking Back in Time, Politics, Culture and History, published by Atlantic Publishers and Distributors take the reader past 100 years of Kashmir's political and cultural history.  Bashir, who has served as the director of information, secretary of Academy of Culture and Arts and the Director of Libraries is a meticulous historian. For every sentence he quotes in the book which is spread over 300 pages, there are attributions from various sources.

In 1940 Sheikh Mohammad Abdullah was towering leader of Kashmir, who was visited by Jawahar Lal Nehru, Khan Abdul Gaffar Khan, Saifudin Kichloo and others. Sheikh had a constant tussle with Mirwaiz Mohammad Yousuf Shah, the grandfather of Mirwaiz Umar Farooq. Eight decades later the two families still dominate political discourse in Kashmir though they don't throw stones at each other.

It was Sheikh Mohammad Abdullah who was chosen as the president of the Jammu and Kashmir Muslim Conference in 1932 when it was formed as an organisation that would fight for the interests of 80 per cent of Muslims of Jammu and Kashmir. Muslims of Jammu and Kashmir decided to organise themselves and launch a political party following the recommendation of the Glancy Commission that asked Maharaja Hari Singh to redress the grievances of the majority community and provide them equal opportunities in education and government jobs. 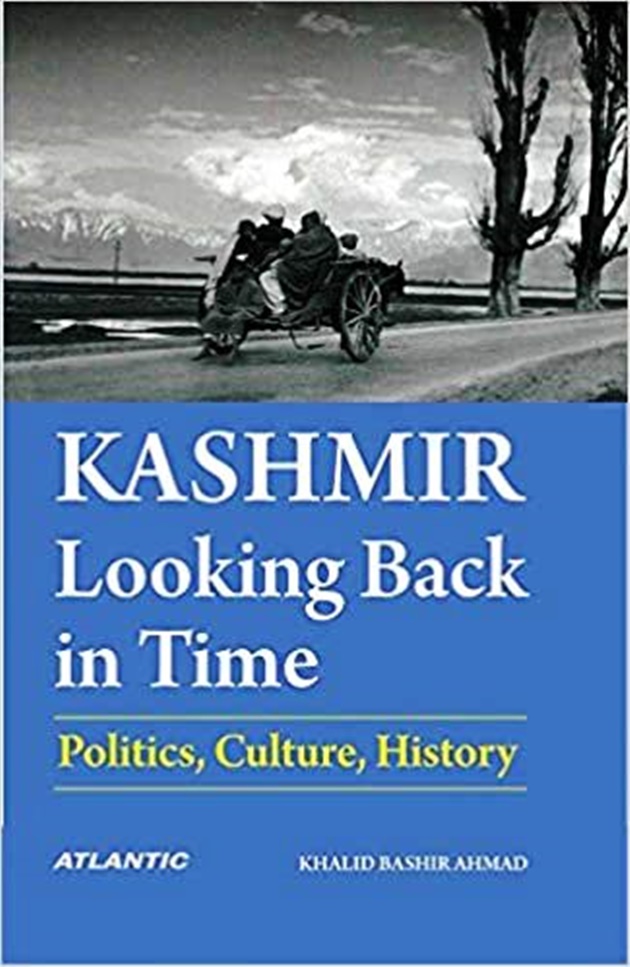 Sheikh Mohammad Abdullah (1905-82) a teacher by profession, who had returned from Aligarh Muslim University with Masters in Chemistry in 1930 plunged into politics to fight for the basic political, economic and economic rights of his people denied to them for long. His foray into active politics was stirred by an incident of blasphemy of the Holy Quran in Jammu. Sheikh made a fiery speech before 30,000 people condemning the blasphemous act; he “reminded the Muslims (of Kashmir) of their slavery and called upon them to fight for their birthright.” The speech made him an instant hero and since then the modern history of Kashmir and Sheikh's political decisions are intertwined.

Sheikh tried his best to motivate Kashmiri pandits to join him in this struggle but they didn’t. They wanted him to dissolve the Muslim Conference. In July 1935, Indian National Congress leader Saifuddin Kitchlew visited Sheikh in Srinagar. Sheikh hosted him and in his presence during a rally for the first Gandhiji Zindabad slogans were raised. And after this Sheikh became closer to the INC and the idea of Indian nationalism. After Kitchlew’s successful meeting, in 1936, Jawaharlal Nehru sent Purushottam Das Tandon to meet Sheikh. Then the next year in 1937 Abdul Gaffar Khan visited him and the same year Sheikh met Nehru at the Lahore Railway Station and the meeting culminated into a friendship.

Sheikh’s colleague in the Muslim Conference Chaudhri Ghulam Abbas later recalled about this Nehru-Sheikh meeting: “Abdullah returned from this meeting heavily intoxicated with the wine of nationalism whose hangover didn’t leave him thereafter.” Sheikh started arguing that “struggle for their rights was not a fight between Hindus and Muslims but between the oppressor and oppressed; between rich and the poor.” He wanted to dismantle Muslim Conference to make a new organisation look more nationalistic. Incidentally, Sheikh’s wife Begum Akbar Jehan tried to persuade her husband not to disband Muslim Conference. She even left her parent’s house and returned only fearing getting divorced.

March is the month when after a long winter political activities start in Kashmir. In March 1939 Sheikh Abdullah left Kashmir and attended the Tripura Session of Indian National Congress where Nehru introduced him to the leaders of the INC. Sheikh even presided over one session. Three months later the Muslim Conference was dissolved and replaced with the National Conference. The resolution was moved by Mohammad Sayeed Masoodi and passed with a majority vote including that of Chaudhry Ghulam Abbas. The flag of the party was changed from the “green with a white crescent” to the “red with a white plough.” Even this dissolution didn’t impress Kashmiri pandits and they didn’t join Sheikh's National Conference and if few of them who joined him, left him soon.  However, Nehru after the dissolution of the Muslim Conference remained all along with Sheikh and visited him in Srinagar along with Khan Abdul Gaffar Khan in May 1940.

Jinnah was against Sheikh getting closer to the INC and its leaders. In April 1939, two months before the dissolution of the Muslim Conference, Jinnah told Kashmiri students at the Aligarh Muslim University: “ I can say with certainty (Sheikh Mohammad Abdullah) is in the wrong. Having got himself ensnared by the Congress, which is thoroughly a Hindu organisation, he has put the ship of his community in a whirlpool.”

Jinnah would tell Muslim Conference leaders that they couldn’t produce a leader like Sheikh Abdullah, who had sway over the masses. In 1968, years after he was dismissed as the Prime Minister of Jammu and Kashmir and had spent a long time in jail, Sheikh Abdullah at a reception in New Delhi said: “The Quaid-e-Azam had told me that I am like your father. Look at my grey hair. It has not greyed under the sunshine. I have spent my entire life in politics. Initially, I had joined the very Hindu leaders and dreamt of united India but was forced to part ways. Remember! If you don’t listen to my advice you will repent one day.”

The book says in the eventful year of 1948 and after, Sheikh adhered to his nationalistic ideals and would even express displeasure over Indian representatives assuring the UNO of a plebiscite in Jammu and Kashmir. He would often say after the formation of the Constituent Assembly of J&K to ratify the accession there is no need for a plebiscite. After his arrest in 1953 and the formation of the Mahaz-i-Rai Shumari (plebiscite front) by the National Conference two years later to demand plebiscite in Jammu and Kashmir, Sheikh never associated himself with demand for the plebiscite fully. At 59 he excused himself from leading the front saying he is too old to lead the organisation.

The book has interesting details like poet-philosopher Dr Sir Mohammad Iqbal, who was proud of his Kashmiri roots, writing to the Muslim Conference leaders not to indulge themselves in factionalism, much before its dissolution. It talks at length about the desire of both Maharaja Hari Singh and his Prime Minister Ram Chandra Kak to turn Kashmir into an independent country. Both Hari Singh and Ram Chandra Kak had one thing in common; they would loath Jinnah, Nehru and Sheikh. Hari Singh saw the independence of Jammu and Kashmir as an alternative and viable option and Kak fuelled Hari Singh’s desires making him believe Jammu and Kashmir can be independent country. Kak could be termed as an architect of an idea of an independent Kashmir. A letter of Maharaja Hari Singh in 1952 to the then President of India Dr Rajendra Prasad complaining of Sheikh and Nehru joining together to dislodge him from Jammu and Kashmir is a revealing document.

The book has an interesting chapter on the theft of artefacts for the past 100 years and how it has been patronized and ignored by different governments. But above all the book is an addition to Sheikh Abdullah studies and particularly its first three chapters that give interesting insights into the 1940s of Kashmir political events and their lasting impact on the geopolitics of South Asia.