Sources in India's security establishment say that the entire process of evacuation from Afghanistan is being personally overseen by National Security Advisor Ajit Doval. 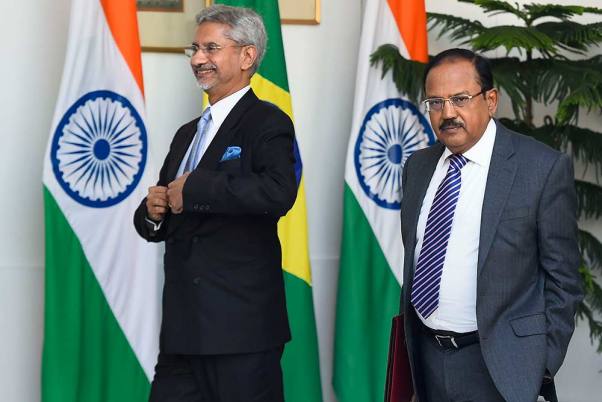 Behind the safe return of 168 people from Afghanistan today and the release of 150 "abducted Indian nationals" earlier is the untold story of close coordination between intelligence agencies of India and the US, and the backchannel talks with “friendly factions” of the Taliban.

Sources in the country's security establishment say that the entire process of evacuation is being personally overseen by National Security Advisor Ajit Doval. Prime Minister Narendra Modi is also believed to be closely monitoring the situation and getting regular updates. With the special Indian Air Force (IAF) repatriation flight from Kabul, carrying 168 passengers, landing at the Hindon airbase near Ghaziabad today, India has evacuated nearly 500 nationals from the volatile Afghanistan. The information was immediately conveyed to the PM.

“Yesterday (on August 21), when 150 persons were picked up by the Taliban as they were on their way to the Kabul airport, the backchannels were instantly activated to get them released,” says a senior official.

Many among the 150 were Afghan Sikhs and Hindus. The Taliban had reportedly taken them in for questioning and checking their documents. “Thanks to the informal channel of communication that was opened between India and Taliban in September 2020, India could secure quick and safe release of the people,” the official adds. External Affairs Minister S. Jaishankar had virtually participated in the opening ceremony of the intra-Afghan talks on September 12, 2020, held in Doha. The move was seen as a subtle shift in India’s Afghan policy.

India is also closely working with the US in the evacuation process with the Kabul airport still under the control of American security forces. NSA Doval had spoken to his US counterpart Jake Sullivan on August 16 to work out modalities of evacuation of Indians from Afghanistan. Ever since, the two have a direct hotline to streamline the process depending upon the prevailing situation.

India has got permission to operate two flights every day to evacuate its nationals. The 168 that landed at Hindon on August 22 included 23 Afghan Sikhs and Hindus. They are believed to have told the intelligence agencies about the atrocities they faced as religious minorities in a Taliban-controlled Afghanistan.

Union minister Hardeep Singh Puri tweeted – “Recent developments in our volatile neighbourhood & the way Sikhs & Hindus are going through a harrowing time are precisely why it was necessary to enact the Citizenship Amendment Act.”