Kuldeep Singh Sengar, the expelled Bharatiya Janata Party (BJP) MLA, who is accused of raping the woman in 2017, has also been brought to the court. 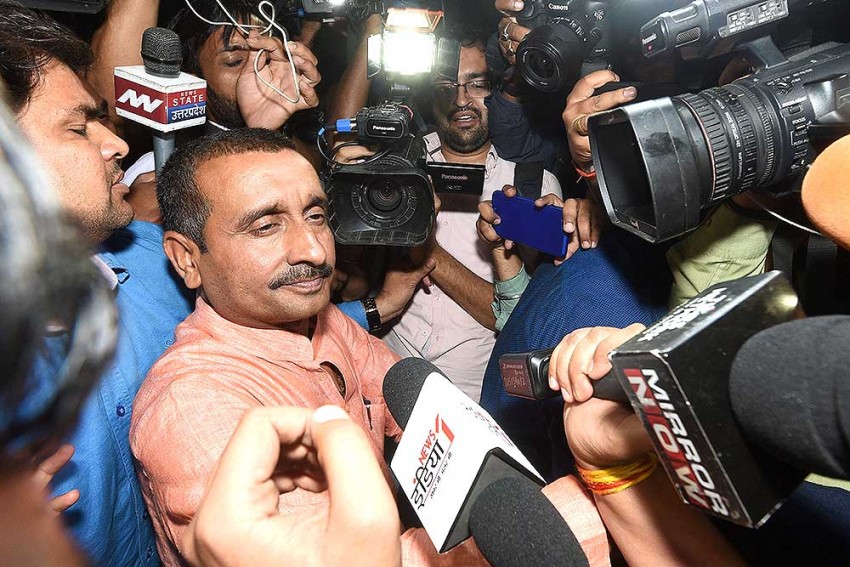 In this file photo, expelled BJP MLA from Unnao Kuldip Singh Sengar, accused in a rape case, surrounded by media persons outside the office of the Senior Superintendent of Police in Lucknow.
Outlook Web Bureau September 11, 2019 00:00 IST Temporary Court Set Up In AIIMS To Record Unnao Rape Survivor's Statement; Kuldeep Sengar Too Brought There 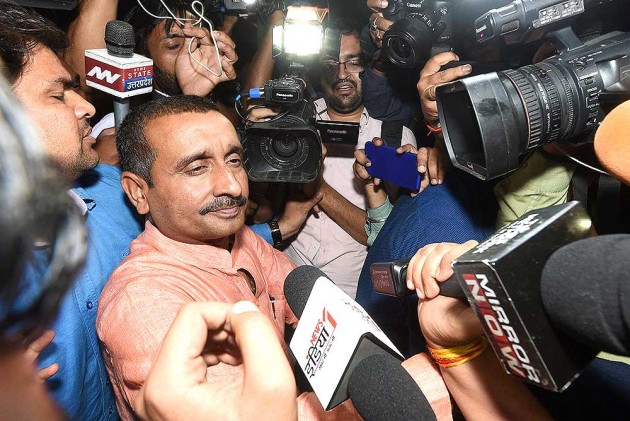 A temporary court has been set up in the All India Institute of Medical Sciences (AIIMS) where a judge will record the statement of Unnao rape survivor, who was moved to the Delhi hospital after a truck hit her car in July.

Kuldeep Singh Sengar, the expelled Bharatiya Janata Party (BJP) MLA, who is accused of raping the woman in 2017, has also been brought to the court. The co-accused in the case Shashi Singh is accompanying him.

District Judge Dharmesh Sharma has arrived at the temporary court for recording the statement.

He had on Saturday given directions for setting up a temporary court at the Jai Prakash Narayan Apex Trauma Centre, AIIMS, where the woman is presently admitted after the high court gave him permission on Friday.

The high court had on Friday issued a notification to this effect from the administrative side, which said special judge Sharma, who is conducting the trial of the cases, shall record her testimony.

The woman, allegedly raped by expelled Sengar in 2017 when she was a minor, is battling for life after a truck rammed into her car in Uttar Pradesh's Rae Bareli on July 28, killing two of her aunts. Her lawyer was also injured in the accident.