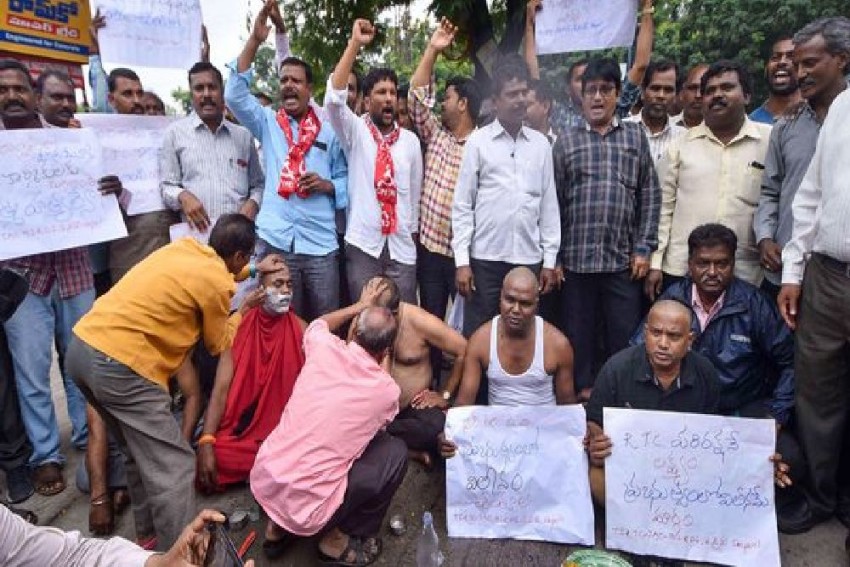 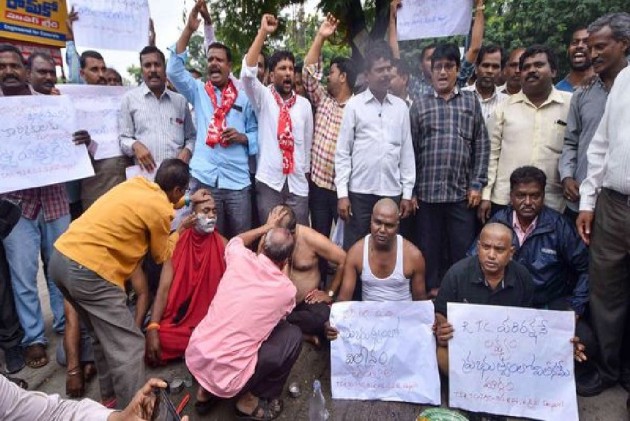 The High Court on Friday pulled up the state government and asked the Chief Minister to invite agitating transport employees for talks on Saturday and conclude discussions within next three days and submit the report by October 28, when it takes up final hearing and pronounce its verdict.

Around 50,000 transport employees are on strike, which has moved into its 15th day, demanding that TSRTC be made into a government entity as had been done by neighbouring Andhra Pradesh’s government headed by Y S Jaganmohan Reddy. They also want their other long-pending demands to be fulfilled.

According to reports, KCR is willing to consider those demands which will not have additional strain on the state exchequer.

The High Court came down heavily on the government for not appointing a Managing Director for the Transport Corporation. “Had an MD been appointed as advised by us, he could have as well negotiated with the employees and resolved their demands amicably,” the court said.

The JAC leaders have decided to continue their agitation on Saturday. They said they are ready for talks if the government invites them.  “But, we need categorical assurance that our genuine demands will be accepted, which includes the merger of Corporation with the state government,” they reiterated.

The Opposition parties have expressed their solidarity with the agitating workforce of the RTC.  Both the Congress and BJP have welcomed the High Court directive to hold talks.

Earlier, the chief minister had set a deadline of October 5 for the agitating employees to report for duty, failing which they would be deemed to have been ‘self-dismissed’.

However, as the indefinite strike continued beyond the deadline, KCR constituted a three-member high-level committee, consisting of IAS officers, to recruit drivers and staff.

The government has claimed that alternative arrangements for the convenience of thousands of commuters is being taken care of, although only a few buses are on roads across the state.

On Friday, a protesting employee attempted to commit suicide but was rescued.  The agitation has so far resulted in the death of two employees.