"I have registered an FIR. In past also I have received threats. I am being attacked continuously. All this is planned and there is a conspiracy to murder me," he said. 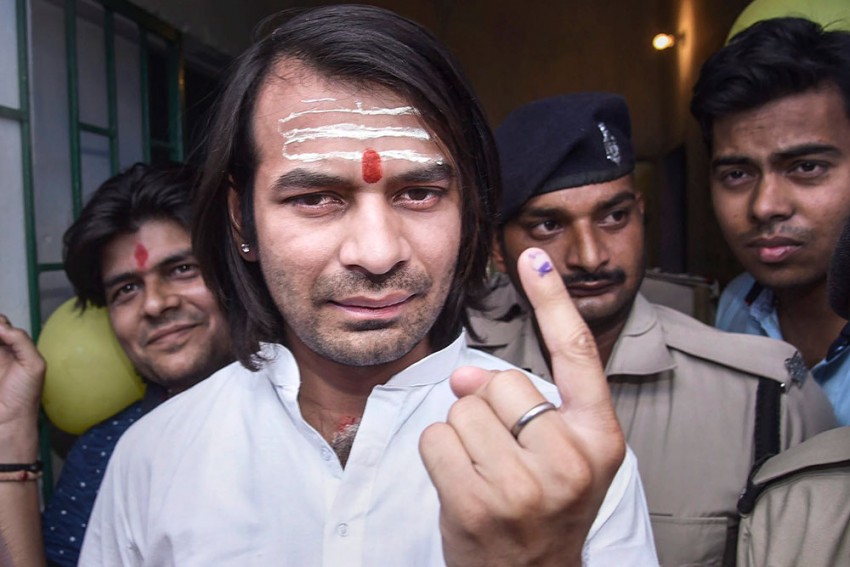 RJD leader Tej Pratap shows his inked finger after having cast his vote for the seventh and last phase of Lok Sabha elections, in Patna.
Outlook Web Bureau May 19, 2019 00:00 IST Tej Pratap Yadav's Security Guards Beat Cameraperson, He Says 'Incident A Conspiracy To Murder Him' 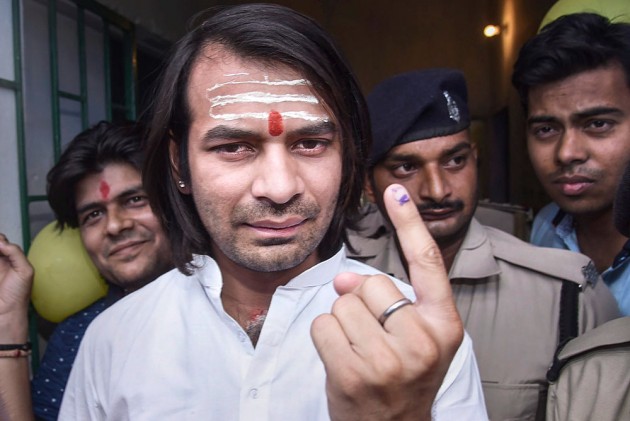 A team of private security guards protecting Tej Pratap Yadav, the elder son of jailed RJD chief Lalu Prasad Yadav, roughed-up a cameraperson on Sunday and alleged the latter had broken the windscreen of his car.

Later, Yadav alleged the incident was a conspiracy to "murder him".

The incident occurred when Yadav was leaving after having cast his vote.

Speaking to ANI after the incident, Tej Pratap said, "My bouncer did not beat anyone but has suffered an injury on his hand. I was leaving a poll booth when some media persons surrounded my vehicle. One of the camerapersons also hit the windscreen of my car."

"I have registered an FIR. In past also I have received threats. I am being attacked continuously. All this is planned and there is a conspiracy to murder me," he said.

#WATCH Tej Pratap Yadav's personal security guards in Patna beat a camera person after he allegedly broke the windscreen of Yadav's car. Tej Pratap Yadav was leaving after casting his vote. Yadav has filed an FIR in the incident. #Bihar pic.twitter.com/u1KzKDCGBG

Interestingly, Yadav had arrived in an E-rickshaw to cast his vote at the polling station and had said that because his vehicle was taking time to come, he boarded the 'common man's ride'.

Patna is among the 59 constituencies which went to polls today.

Congress leader Shatrughan Sinha is seeking to retain the seat for a third consecutive term this time and contesting against BJP leader and Union minister Ravi Shankar Prasad from the seat.