According to the Pakistan government, in March the Tablighi Jamaat went ahead with its annual congregation in Raiwind, Lahore against its ‘advice’ that the gathering might spread the virus. 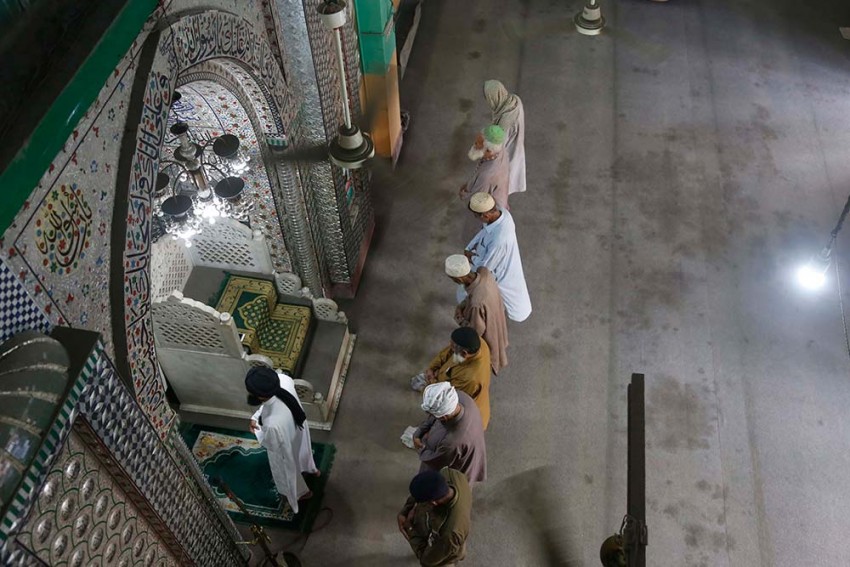 People attend Friday prayers at a mosque during a nation-wide lock down as a preventive measure against the outbreak of coronavirus, in Lahore, Pakistan.
AP/PTI
PTI April 18, 2020 00:00 IST Tablighi Jamaat’s Faisalabad Chief Dies Of Coronavirus in Pakistan; Over 1,100 Members Infected 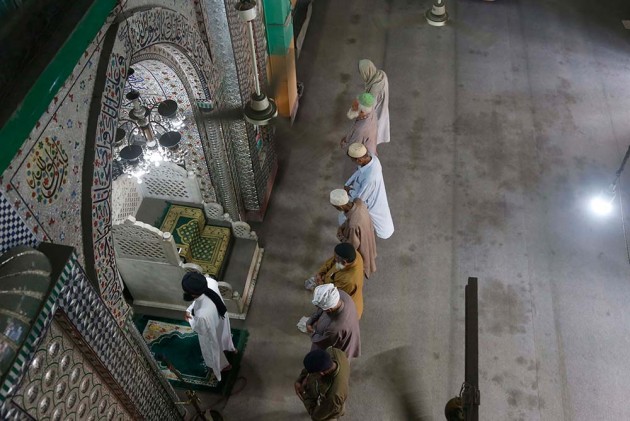 The Faisalabad chief of Tablighi Jamaat has died of coronavirus even as the number of its infected members crossed the 1,100 mark in Pakistan’s Punjab province on Friday.

“The elderly preacher had attended the Tablighi gathering in Lahore’s Raiwaind last month. Five members of his family, including two grandchildren, are also infected with coronavirus,” Deputy Commissioner of Faisalabad Muhammad Ali said.

His family members have been kept in an isolation centre in Faislabad, some 150 kms from here.

According to the Punjab health department, over 1,100 Tablighi Jamaat members have been tested positive for coronavirus in the province.

A large number of preachers who had attended a major congregation in early March in its headquarters in Lahore were later tracked down across the country and placed in quarantine centres.

According to the government, in March the Tablighi Jamaat went ahead with its annual congregation in Raiwind, Lahore against its ‘advice’ that the gathering might spread the virus.

Pakistani authorities had urged the cancellation of the five-day Tablighi congregation, which was attended by thousands of people from several countries.

Tablighi Jamaat members have emerged as the prime suspects among potential coronavirus carriers, not just in Pakistan but in India, Malaysia and Brunei.

Meanwhile, the number of infected inmates in Punjab’s jails has risen to 100, a health department spokesperson said.

He said the tally of total number of confirmed coronavirus cases in the country climbed on Friday to 7,260 with 137 deaths. In Punjab the number of such cases is 3,300.

As many as 12 more doctors, nurses and paramedics have been found COVID-19 positive in Lahore’s cardiac hospital.

According to a Punjab government official, over 110 doctors, nurses and paramedics have been infected so far across the country mostly in Punjab. Of them 53 are doctors.

The Young Doctors Association on Friday held a demonstration against the Pakistan Tehreek-e-Insaf government for not providing them the required protective gear.

The samples of 250 people, including doctors and paramedics working at the Punjab Institute of Cardiology (PIC) have been sent for lab tests and their reports are awaited.

PIC Chief Executive Officer Dr Saqib Shafi is also among those declared suspected cases for being in close contact with some COVID-19 patients.

A PIC official said three doctors, five nurses and paramedics were among the 12 people found positive for the virus.