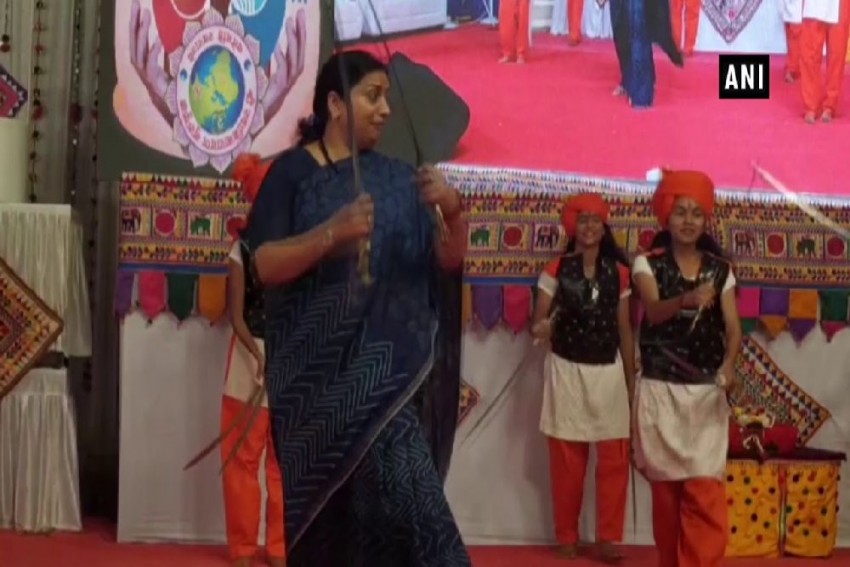 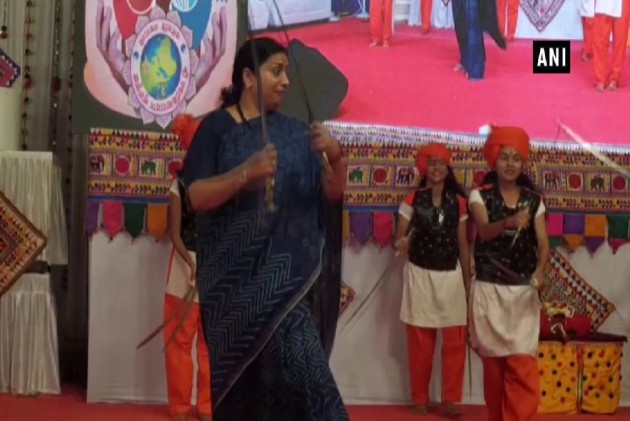 During the function, Irani took a dig at Congress leader Rahul Gandhi who she defeated in Amethi in the 2019 Lok Sabha polls.

Irani said she could not resist the urge to perform the traditional dance after watching girls put up a stellar display.

Irani then took the stage and tried her best to match steps with the girls while holding two swords, a video of which later went viral on social media platforms.

Gujarat BJP president Jitu Vaghani and Lok Sabha MP Bharatiben Shiyal were among the dignitaries present on the occasion.

The cultural program, attended by hundreds of women, was held in the premises of Swaminarayan Gurukul here.

In her speech, Irani referred to her victory against Rahul Gandhi from Amethi Lok Sabha seat.

On a lighter note, she said, "When I expressed my desire to perform this dance after watching the girls, Jitubhai cautioned me saying it could be difficult for me, particularly when I am supposed to do it with two swords."

"On hearing that, Bharatiben told him I have finished (someone) in Amethi without even using swords," said Irani, triggering laughter in the audience.