Flight cancellation a concern among stakeholders, that too in winter, considered the peak season for tourism and destination weddings 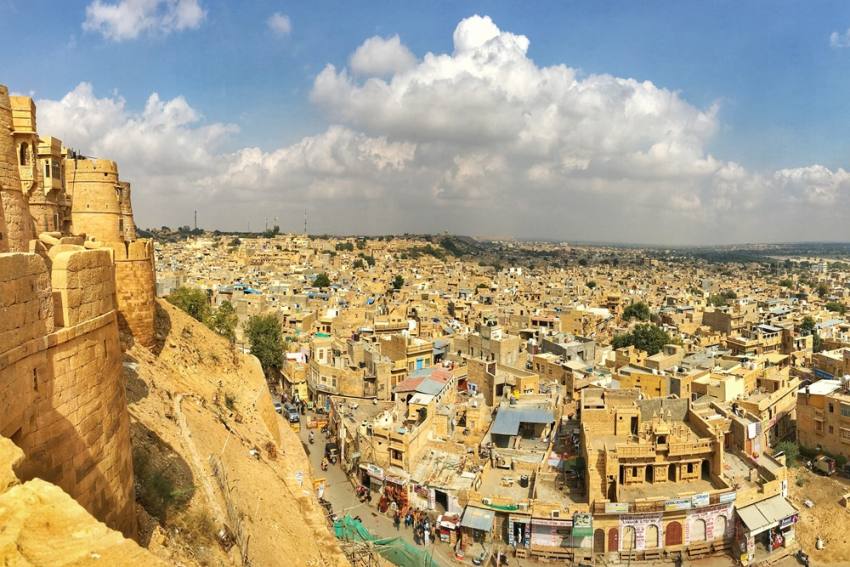 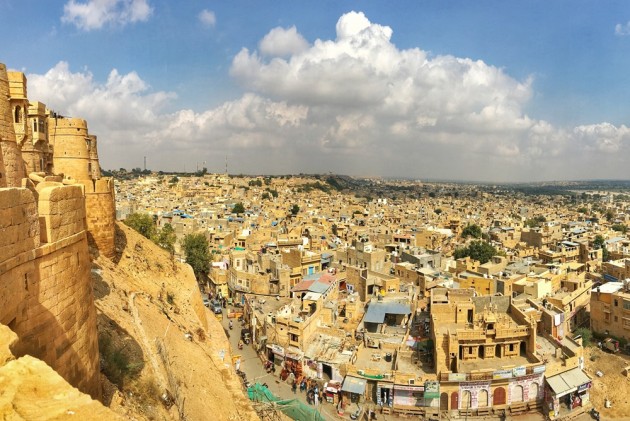 Just as the tourism industry in Rajasthan, severely affected by Covid-19 pandemic, was trying to limp back to recovery, the sudden cancellation of a popular flight to Jaisalmer has added to the concerns of those associated with the hospitality sector in the “golden city”.

The SpiceJet airline, which runs flights connecting Jaisalmer with Delhi, Mumbai and Ahmedabad, has suddenly stopped its services from January 27, 2021. The airline sent a message to its customers informing them about the cancellation and asking them to convert their tickets into shell money, by means of which they can book another flight in a span of one year.

The sudden cancellation of flights services has hit the plans of tourists who had already booked the tickets. “Our entire family was supposed to fly to Jaisalmer on January 28 to attend a wedding. But now due to the cancellation of flights the only option to travel is by road in absence of any other flights and lack of trains. We had to drop the plan as the elders and children in the family are unable to take the road journey. Our hotel bookings were already done, which we are forced to cancel now,” said Hemant Shah, one of the passengers who was supposed to travel to Jaisalmer from Delhi but has now cancelled his plans. Many others echoed him.

The tourism industry in Jaisalmer is fearing a slowdown owing to the sudden cancellation of flights, that too during the winter, considered the peak season for tourism and destination weddings.

"The tourism industry was picking up after the pandemic. Since the past two months, the number of tourists had increased. Around Christmas and New Year, the hotels were full. Despite no desert festival happening this year in the city, even then hotels were pre-booked for the entire winter season. The sudden cancellation of flight will cause an inconvenience to both tourists as well as the other stakeholders. We have written to the people concerned and waiting for their response. As of now, only four flights land in Jaisalmer every day, three belonging to SpiceJet and one a True Jet flight from Ahmedabad. If SpiceJet doesn't resume its flight then there will be a lot of cancellations,” Jitendra Singh Rathore, president, Tourist Business Association of Jaisalmer, told Outlook.

The Jaisalmer Tourist Guide Welfare Association and other stakeholders have also written a letter to Chief Minister Ashok Gehlot and Governor Kalraj Mishra, highlighting the pitfalls if the flights are not resumed.

Finding a way out

“We all who are associated with the tourism industry are trying to find a way out collectively. We are in talks with the airline as well as the government. We have assured the airline that there will be minimum bookings on the flight and we will ensure that. Most of the hotels are booked for the next one month, including ours, we’re expecting good tourism ahead. We are trying to convince the airline people as well as requesting the state government to interfere and try to reduce the miscellaneous taxes etc," Manvendra Singh, a hotelier and president of I love Jaisalmer, an NGO, told Outlook.

According to the stakeholders, low passenger response has been the major reason quoted by the airline for its cancellation. When Outlook contacted the airline for its response, the SpiceJet spokesperson replied, "All flights are regularly reviewed internally on various parameters. However, no decision has been taken with regard to the flight you have mentioned."

Interestingly, a few of the stakeholders also alleged that the flight cancellation as a deliberate attempt to affect the tourism business in the desert city. "SpiceJet runs a 180-seater plane and needs a minimum of 40 seats to run. We will give them assurance. Since October they have been running successfully so why the cancellations now? With no sufficient trains, flights etc, I can see this is a deliberate attempt made by the competitors in Jodhpur and other nearby desert cities to hit tourism in Jaisalmer," Vimal Gopa, president of Jaisalmer Fort Handicraft Association, added.

Umar Khalid: Presumption Of Innocence Should Not Be Destroyed Through Media Trial, Says Court