Terming the incident as a ‘political conspiracy’, TDP chief Chandrababu Naidu Staged a sit-in protest at the site of attack. 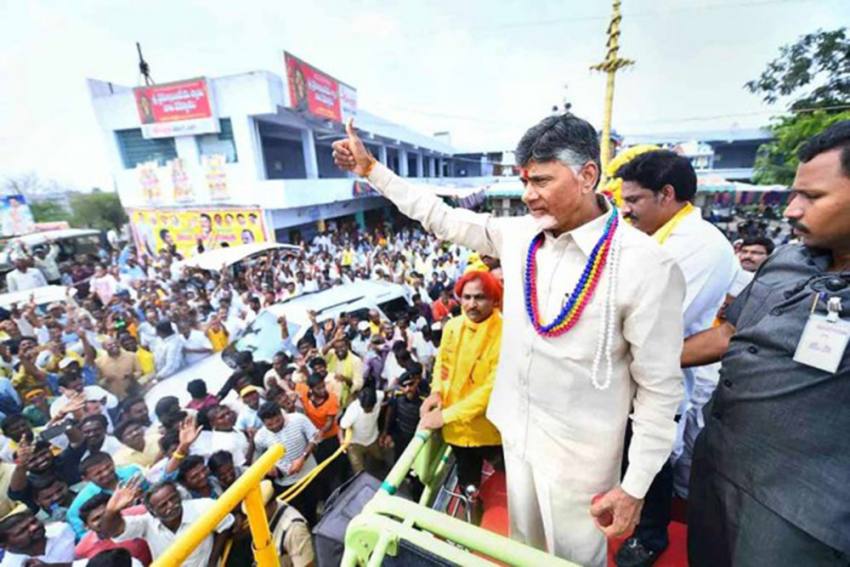 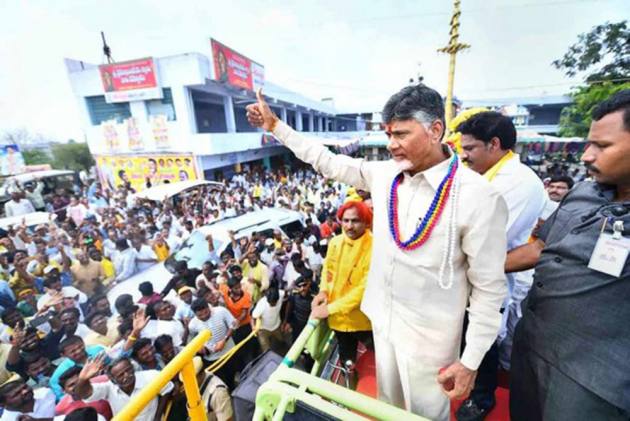 The incident occurred during an election rally organised by the Telugu Desam Party (TDP). He was campaigning for his party candidate Panabaka Lakshmi for the April 17 by-election to the Tirupati Lok Sabha constituency.

According to the TDP chief, two other party workers were also injured during the incident.

Soon after the attack, the TDP supremo staged a sit-in protest at the scene and demanded that the Election Commission look into the matter and take action. He also termed the attack as a political conspiracy while decrying the lack of security available even for a Z-plus protectee like him.

"The Election Commission should take a serious view of the incident. If a person like me doesn't have adequate security, what is the fate of the common people," he asked.

Senior police officials spoke to Naidu and sought to placate him. However, he proceeded towards the Tirupati Urban Police Superintendent's office to submit a memorandum.

But he was not allowed into the office. Additional Superintendent of Police Supraja came out and spoke to him.

Naidu said his party MPs would lodge a formal complaint with the Election Commission in New Delhi on Tuesday.

Meanwhile, YSR Congress leader and state Panchayat Raj Minister P R C Reddy hit back at Naidu, saying the alleged stone-hurling was nothing but a drama to win public sympathy.