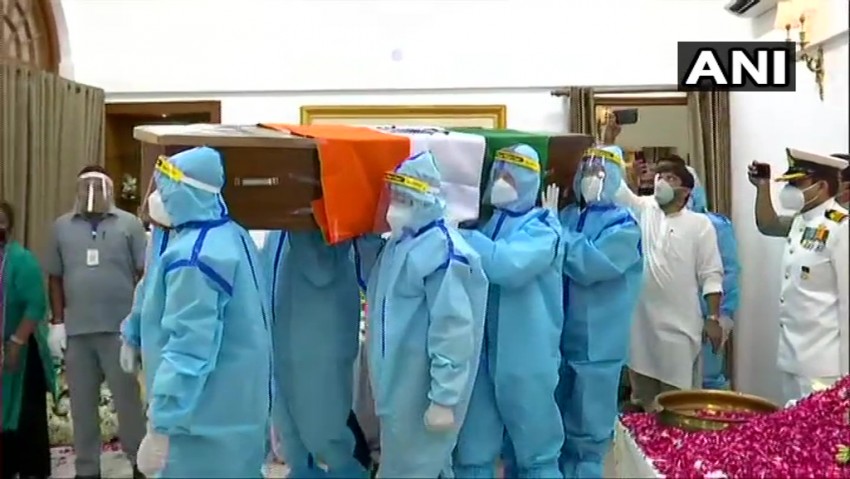 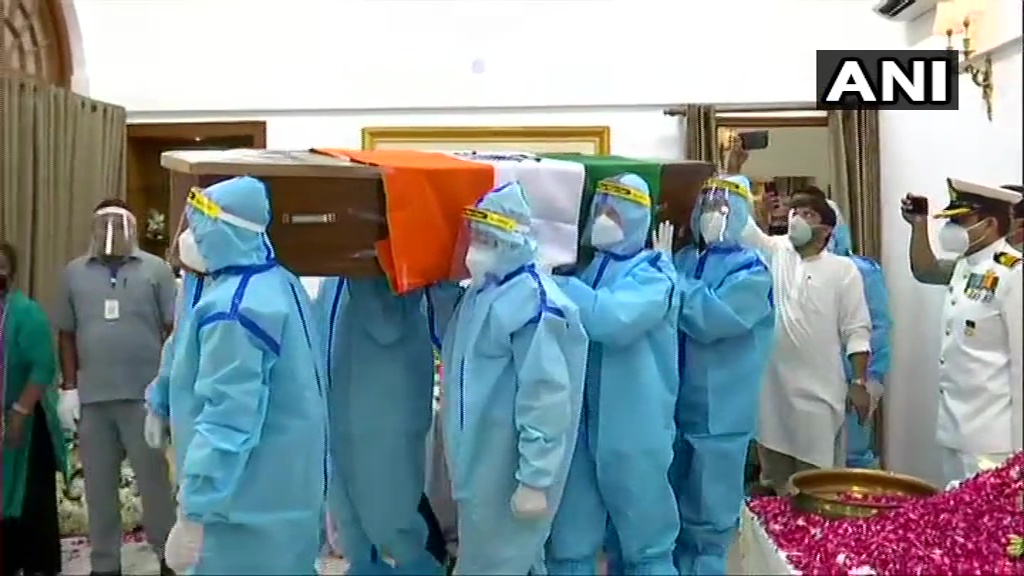 Mukherjee passed away at Army Hospital (R&R), Delhi Cantt on Monday. He was 84.

The mortal remains of India's 13th president, who died on Monday after a three-week battle with multiple ailments, were taken to his residence from the Army's Research and Referral hospital in a flower bedecked white vehicle.

As per guidelines issued for last rites of former President Pranab Mukherjee, official dignitaries paid homage from 9:15 am to 10:15 am, other dignitaries  visited after 10:15 am to 11 am and an hour's time was kept for general public from 11 am to 12 noon.

He had tested positive for #COVID19 and had undergone surgery for a brain clot at Army (R&R) Hospital on August 10, where he passed away yesterday. pic.twitter.com/24h4hHxZ2L

Later, his mortal remains were taken to Lodi Road crematorium for last rites.

Seven-day state mourning is being observed across India from 31 August to 6 September.

Mukherjee was being treated for brain clot and also diagnosed with Covid-19.

Prime Minister Narendra Modi paid tribute to the former President at his residence.

The long-time Congress leader and seven-time parliamentarian had tested positive for COVID-19 at the time of his admission and was being treated for a lung infection. He had suffered a septic shock on Sunday due to it. Doctors said he died of a cardiac arrest at 4.30 pm.

His son Abhijit Mukherjee was the first to break the news of the death of the veteran politician.

A seven-time parliamentarian and recipient of Bharat Ratna, India's highest civilian honour, he was one of the most admired and respected political figures.