‘Authorities in India act against violations of law and not against legitimate exercise of rights. All such actions are strictly in accordance with the law,' the ministry of external affairs said 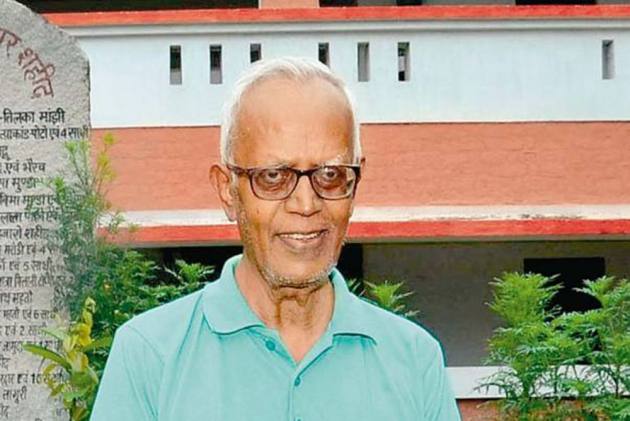 Amid mounting criticism both from domestic and international quarters over the death of activist Stan Swamy, the Centre on Tuesday said that Swamy’s detention followed due process of law.

Tribal rights activist Stan Swamy, who was arrested in connection with the Bhima Koregaon violence, passed away on Monday. The 84-year-old Jesuit priest was put on ventilator after his health deteriorated on Sunday.

Swamy, a cancer patient who also suffered from the Parkinson’s disease, was arrested from his home in Ranchi on October 8, 2020. Despite protestations that he had never been to Bhima Koregaon, he was taken to Mumbai where he was produced before a court and remanded to judicial custody.

Many international organisations including the UN human rights body expressed shock and grief over Swamy's death.

The UN Human Rights Office of the High Commissioner tweeted, “India: We are saddened and disturbed by the death of 84-year-old human rights defender Stan Swamy, after prolonged pre-trial detention. With covid-19, it is even more urgent that states release every person detained without sufficient legal basis.’’

#India: We are saddened & disturbed by the death of 84-year-old human rights defender Father #StanSwamy, after prolonged pre-trial detention. With COVID-19, it is even more urgent that States release every person detained without sufficient legal basis.
ðÂÂÂÂÂÂ https://t.co/WkoxxTiNCb pic.twitter.com/6MUEUcgxMp

Amid these developments, the ministry of external affairs on Tuesday said India remains committed to the promotion and protection of the human rights of all its citizens and that the country's democratic polity is complemented by an independent judiciary and a range of national and state-level human rights commissions.

Noting that Swamy was arrested and detained by the National Investigation Agency following due process under law, the ministry said because of the specific nature of charges against him, his bail applications were rejected by courts.

“Authorities in India act against violations of law and not against legitimate exercise of rights. All such actions are strictly in accordance with the law," MEA spokesperson Arindam Bagchi said.

His comments came in response to media queries on the demise of Stan Swamy.

In view of Father Stan Swamy's ailing health, the Bombay High Court had allowed his medical treatment at a private hospital where he was receiving all possible medical attention since May 28, Bagchi said.

The MEA spokesperson said Swamy's health and medical treatment was being closely monitored by the courts and he passed away on July 5 following medical complications.

"India's democratic and constitutional polity is complemented by an independent judiciary, a range of national and state level human rights commissions that monitor violations, a free media and a vibrant and vocal civil society," Bagchi said.

"India remains committed to promotion and protection of human rights of all its citizens," he added.

Meanwhile, 10 opposition leaders also criticised the Centre over Swamy’s death and wrote a letter to President Ram Nath Kovind seeking action against those “responsible” for the activist’s demise.