According to BJP’s own calculations, an SP-BSP alliance may cost the party at least 25-30 seats in the state in the general elections. 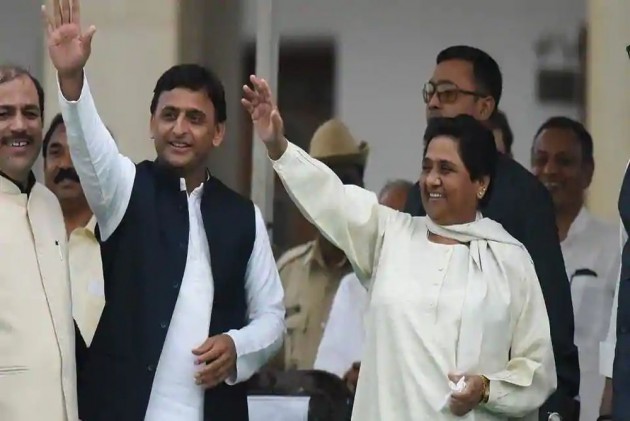 Sources told IANS that with the blueprint between the two parties ready, the top leaders might announce the formalisation of the alliance for the upcoming Lok Sabha polls but also share the seat sharing formula.

Four-time Uttar Pradesh Chief Minister Mayawati, flew into Lucknow late Thursday an is likely to deliberate with her party leaders on Friday, before sealing the deal with SP.

The sources said that while the mining scam and its repercussions on the alliance were still to be thrashed out, the deal is "almost done".

A senior party leader said that while the SP and BSP will share 37 seats each, they will leave two for Ajit Singh's Rashtriya Lok Dal (RLD).

The alliance might also leave two seats - Amethi and Rae Bareilly for the Congress.

These two seats are pocket boroughs of the Congress and sends party President Rahul Gandhi and UPA chairperson Sonia Gandhi to Lok Sabha.

Akhilesh’s uncle and close aide Ram Gopal Yadav has however confirmed that Congress will not be a part of the coalition.