Some Of The Major Terror Strikes In Jammu And Kashmir

The Jaish-e-Mohammed was behind the fidayeen attack on the Uri camp of the Indian Army on September 18, 2016, in which 17 soldiers were killed. 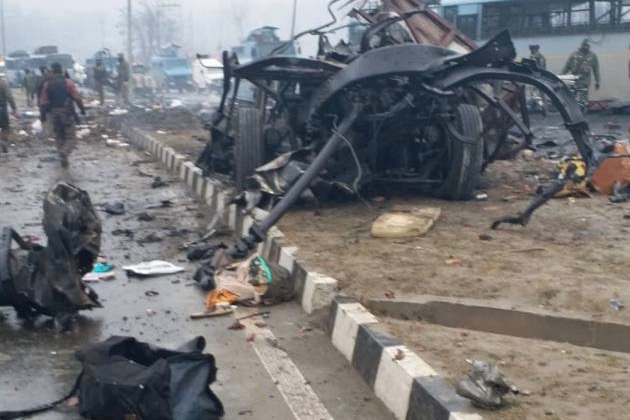 As many as 18 CRPF personnel were killed and several injured in Jammu and Kashmir's Pulwama district when a powerful IED blast ripped through the bus they were travelling in on Thursday. The vehicle was blown up on the Srinagar-Jammu highway in Awantipora area of the district. The Jaish-e-Mohammed has claimed responsibility for the attack.)

Some of the previous major terror attacks in J&K

A Central Industrial Security Force (CISF) jawan Rajesh Kumar was killed and an ASI officer was injured in Jammu and Kashmir's Budgam district in a terrorist attack.

A grenade attack by terrorists left two CRPF jawans injured in Jammu and Kashmir's Baramulla district. The attack took place in the Sangrama area of Sopore in the district.

Three Army personnel, including a Captain, were injured when militants fired at a patrol team in Kashmir's Bandipora district. The militants opened indiscriminate fire on the Army patrol at Hajin in Bandipora.

An IED blast killed three policemen and left two others seriously injured after in Baramulla District's Sopore in Jammu and Kashmir. This was the first major terror attack in the Valley in which security forces suffered casualties.

December 31, 2017-January 1, 2018: Five CRPF personnel were killed and three others were injured in a 24-hour long encounter between the Border Security Forces (BSF) and suspected JeM militants in South Kashmir’s Lethapora.

Ten Indian soldiers, including two officers, were killed in an attack on an Indian Army base in Nagrota, Jammu and Kashmir by Jaish militants.

Pakistan-based Jaish-e-Mohammed (JeM)  stormed an army base in Uri in Kashmir, killing 17 jawans barely a few kilometres from the Line of Control (LoC) and some 70 km from Srinagar. Four terrorists attacked the base at around 5.30 AM, causing heavy casualties.  20 more army personnel were injured, some critically, and were airlifted to the army base hospital in Srinagar. Most of the army casualties resulted from the fire in tents in which jawans were sleeping. India conducted cross-border surgical strikes in retaliation on September 29.