Sole Aim Of Opposition In Assam Is To Usher In Babur's Rule: BJP Leader Himanta Biswa 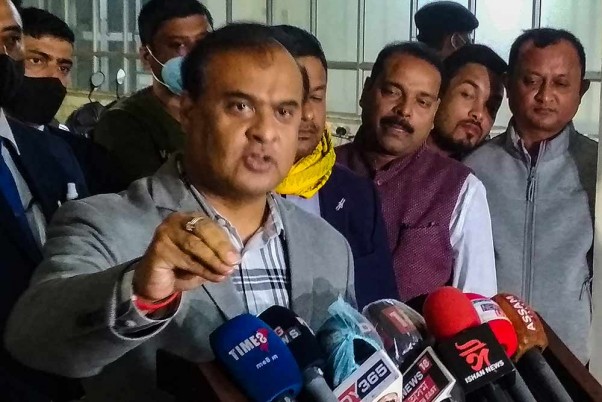 Senior BJP leader and Assam cabinet minister Himanta Biswa Sarma alleged that the sole aim of the Opposition parties in Assam, is to usher in "Babur's rule" in the state.

Sarma made the comments while addressing a public rally in the presence of Union Home Minister Amit Shah in Assam on Sunday. Sarma, who is also the convenor of NDA's regional wing-- North East Democratic Alliance, also asked the Opposition if Hindus will be able to follow their faith if it forms the next government in the state.

"The only aim of (AIUDF chief Badruddin) Ajmal, the Congress and other regional parties is to bring (Mughal emperor) Babur's rule in Assam. But, till the BJP's Hanumans are here, we will not deviate from Ram's ideals," Sarma said.

The Congress has formed the Grand Alliance with AIUDF, CPI, CPI(M), CPI(ML) and the Anchalik Gana Morcha (AGM) to fight the upcoming Assembly elections, likely to be held in March-April.

Training his guns at the AIUDF chief, the Assam health and family welfare minister said, "Ajmal told Muslims won't be able to go to mosques if BJP wins. I want to ask today whether Hindus can visit temples if Congress and AIUDF form the government in the state."

He asserted that till the "BJP is alive", Ajmal will not be able to enter within 100 km of Dispur, the locality of the Assam secretariat.

Sarma also alleged that followers of Ajmal attacked 'Satras', the Vaishnavite places of worship, at Batadrava and other areas.

Attacking the AASU, which has been protesting against the visit of the prime minister and home minister, Sarma said, "Today you are taking out a torchlight procession against Amit Shah. But did you donate a single unit of plasma when we were fighting against Covid-19?"